April 7 2016
14
Some time ago, the “Military Review” published material on the expert-physicist Nikolai Sergeevich Saltykov, who for about twenty years headed the Republican Basic Spectral Laboratory, located in the Lipetsk forensic medical examination bureau. The material described the importance of using the methods of spectral analysis, which very often helped push the investigation to the right path. I recall that the spectral analysis is based on the optical properties of the test substance. Each chemical element emits or absorbs light of a certain wavelength. The task of the spectroscopist is to make the substance radiate or absorb this energy, fix it and identify it. Thus, spectral analysis allows you to answer very important questions: what kind of substance and how much of it.


Today is a continuation of the topic; so to speak, a few more pages of a kind diary of Nikolai Sergeevich’s practice — past and present (he is now working for the Lipetsk State Technical University).

... A dead woman was found in a construction trailer. There was a suspect in the murder, but did not find an instrument of crime. The suspect claimed that in anger he strongly pushed the woman away and left. However, a triangular wound was found on the victim's head. Studies have shown that in the wound - elevated levels of lead.

I must say, the woman was very low growth - about 1,6 meter. And then Nikolai Sergeevich and the investigator began to search the room at the height of the deceased. Blood (it coincided with the blood type of the victim) was found on one of the upper corners of the metal improvised cabinet. As it turned out, the cupboard was painted with red lead.

... A man died in a street fight from a knife strike. Identified several suspects, all in their pockets - knives. Unfortunately, investigations of a number of technical difficulties could not help determine the murder weapon. We decided to resort to spectral studies, although there was no certainty as a result. It was found that the wound increased silver content. Unexpected thread ... As it turned out, one of the confiscated knives was kept in a sheath, having an inner silver rim. So they figured out the killer.

... Once at the seminar of forensic chemical experts, Nikolai Sergeyevich was to talk about the possibilities of emission spectral analysis and its application in expert practice. In order to demonstrate these possibilities visually, Saltykov suggested that seminarians spit in separate cups to conduct a study. I have to say that there were not too many interested people, but in one of the samples a high content of platinum was unexpectedly found. At first Nikolay Sergeevich considered this a mistake, but nevertheless told about the platinum to the subjects.

The reaction was predictable - an error, an error! And after a while a woman came up and quietly said that metal crowns of gold and a tooth of platinum were installed in her mouth. It turned out the usual galvanopair, and platinum fell into the saliva. The woman allowed to announce this fact, which convinced those present of the effectiveness of spectral analysis.

... Not without curiosities. So, they asked the bureau to ask from the hospital to look at the elemental composition of the patient's hair: perhaps this will help make a diagnosis. Nikolai Sergeevich explained that for greater accuracy of analysis, hair should be taken “from the root”. The next day, he brought a few hairs. Of course, spectral analysis allows you to work with a small number of samples, but in this case it is necessary to repeat it. Therefore, you need some more hair.

I asked to bring more. And again - two or three hairs. To the question “Why so little?” They answered: “He is not given!” A strange patient was some kind of ... It turned out that the nurses were pulling the patient's hair out of their chest with tweezers. So he protested.

... At one of the enterprises there was a fatal case - an electric shock. However, in the open areas of the body of the deceased, no trace of the electric current was found. A more thorough examination of the body on the sole of the foot revealed damage similar to the electrometa (we are talking about a trace from the effects of current, in such a wound, traces of metals from an electrical conductor are always found). This time, in the wound, Nikolai Sergeevich "saw" an increased copper content. How could she be there? And the answer was “hiding” in that, the toe of the boots of the deceased was pierced with copper nails. One of the nails stitched through the sock through and touched the soles of the skin of the foot. The victim was engaged in welding work, stood on a metal plate. At some point, he touched the welding conductor with his bare hands - and the current passed through the body, the ill-fated nail and the metal plate on which this man stood. One second decided everything.

... For a long time Nikolay Sergeevich closely cooperated with the most experienced Lipetsk physician-pathologist Andrei Alekseevich Gapon. Together, they conducted experiments on the use of spectral analysis in medical practice, were engaged in the study of urinary stones. The study of their composition made it possible to determine the conditions for the formation and development of stones, it became possible to find ways of partial treatment. The elemental composition of stones of different origin was established, the dependence of this composition on the region of residence and drinking water was noted.

One day a man asked Nikolay Sergeevich to investigate his urinary stone. Saltykov conducted an analysis, but, to his surprise, he did not find any elements, in principle, characteristic of urinary stones. Strange ... At a consultation with a urologist, it turned out that the patient himself took sulfa drugs, and the dosage was clearly higher than the therapeutic one. Obviously, an excess of these drugs contributed to the formation of stones, consisting of the remnants of drugs. Here is their patient and took urinary stones. The conclusions were unambiguous: stop self-treatment. After some time, the "stones" in the urine disappeared.

At the suggestion of Andrei Alekseevich, Nikolai Sergeevich conducted experiments to determine the dynamics of changes in the content of trace elements in the human brain in various mental diseases. Andrei Alekseevich developed a method of sampling for research, analyzed the results obtained. At first glance, this topic sounded somewhat stiff. However, the result of research was. It turned out that in the brain of a person who died of a well-known mental illness, the usual set of trace elements is redistributed. The content of silicon, calcium, magnesium is significantly increased - the brain is supposed to be a stone. It turned out directly according to the saying about “oak” brains ... Unfortunately, the experiment was not continued. It's a pity.

... Today, Nikolai Sergeevich works at the Department of Chemistry, Lipetsk State Technical University. Now he introduces spectral analysis of students who, by the way, are very interested in this topic. And sometimes they come up against unexpected and not always pleasant facts of our modernity.

So, exploring a drug for the treatment of eye diseases, a student under the guidance of Saltykov investigated a large amount of this drug, purchased in different pharmacies. And the incomprehensible happened. That spectra confirmed the course of the analysis, then showed a completely opposite result. Long thought and decided to start all over again. Analyzing the obtained, we noticed that a negative result was observed when using the drug purchased in the same pharmacy. They checked the storage conditions of the drugs: they took the drug with good results and put it in a warm place. The conjecture was confirmed: the medicine changed its formula under the effect of temperature and became completely useless. This helped to identify a very sensitive method - luminescent spectral analysis.

... Today, glasses with a polarizing effect are very popular with young people. Polaroid glass allows to reduce the brightness of glare, light, without distorting the color gamut and image; without fear of working on a computer, reduce the effect of blinding headlights of an oncoming car. The price of such points is not small. However, in fact, it turned out that not all glasses bought by students are actually polarized.

Defined and fake "nezamerzayki." As you know, this fluid is intensively used by motorists, it is sold in very many stores. And the use of cheap falsification is very tempting. In the meantime, using the method of absorption spectral analysis, it is possible to easily determine a fake, which is what the students did in practical classes. Found, unfortunately, quite a lot of poor-quality "non-freezing".

... Once they brought a piece of ancient glass, found at an archaeological site. The glass was blue. By that time, specialists had already determined the date of his “birth” and assumed that cobalt salts added color to the glass. Hence the conclusions regarding the development of the chemical industry at that time. But they did emission spectral analysis - and the conclusions had to be changed. Glass was with the addition of copper salts. This is a new direction in the development of the industry of that time ...

On this, perhaps, finish. Although in the "piggy bank" of Nikolai Sergeevich there are still many different stories ... 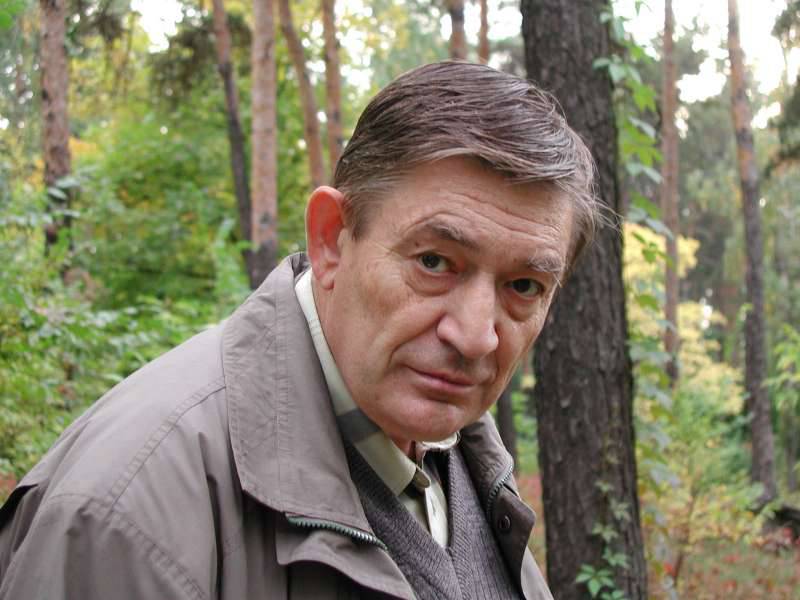 Author:
Sofya Milyutinskaya
Articles from this series:
About spectral analysis in forensics