Project "ZZ". Rules for cattle elite do not apply

April 6 2016
147
The fact that nations can feel themselves "on opposite sides of the barricades" with the rulers is not news, it is popular explained yet Comrade. Marx. The latest scandal, received in the press by the name "Panama Papers", fully shows how the powerful of this world laugh at the laws that they force citizens to obey. The rules and regulations addressed to the "subjects" do not apply to the establishment, emphasizes the Western press. And if so, the journalists with anger say: the top of society is rotten. 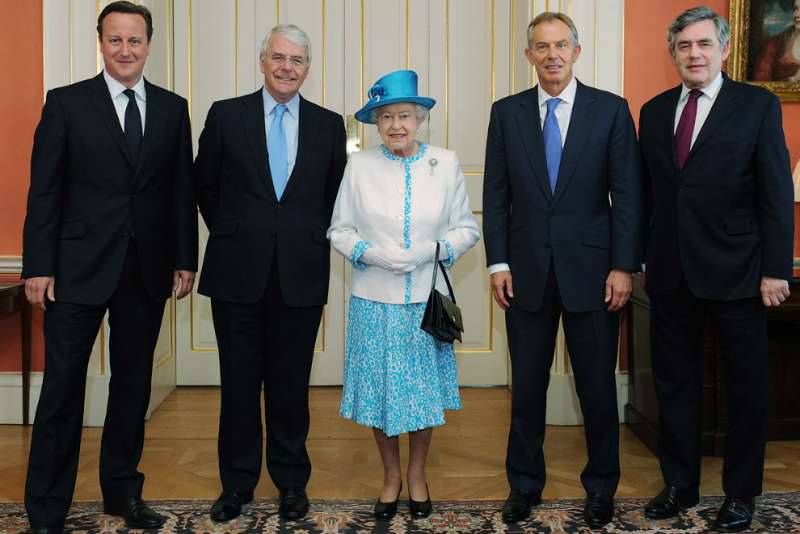 In a British newspaper editorial «The Guardian» It is noted that the latest scandal concerning the materials from the safes of the law firm “Mossack Fonseca” includes “thousands of companies, millions of documents and terabytes of data”. Secrets spread from Reykjavik to Kiev, from Islamabad to Baghdad. Journalists from eight dozen countries have been extracting information from “Panamanian documents” for months.

Each of the scandalous stories is important in itself, writes the publication. However, there is a general meaning - “the most important”. The Guardian makes the following conclusion: the usual rules do not apply to the world elite. It seems that taxes are something that falls on the shoulders of "little people", but does not at all concern the political elite.

And it is especially dangerous today, when the authorities demand from citizens to tighten their belts in the name of fighting the “financial crisis”. Ordinary citizens seem to be obliged to "make sacrifices in the name of austerity." The world learned the truth: politicians "conveniently" evade taxes when the state treasury is empty. The exposure of Mossack Fonseca deals highlighted much of the dark world of plutocrats and criminals, but the drama lies elsewhere - in the hidden interests of participants of a different kind, namely the leading politicians and their circles.

Here, for example, the British Prime Minister David Cameron. His father owns the investment fund Blairmore. In the West, they talk a lot about V. Putin, but look under your nose: “Blairmore” goes to any tricks in order not to pay taxes in the UK.

Of course, the son is not responsible for the father, but if you look closely, it will become clear: the son studied in privileged educational institutions for the money of his father; in addition, the fund’s capital created a very visible legacy for D. Cameron. After this, one cannot say that this money is a “private matter.”

A little more about the affairs of the Cameron family reports in the same «The Guardian» Juliet Garside.

David Cameron's father, Ian Cameron, managed an offshore fund that never paid taxes in the UK. Cameron Sr. was the director of Blairmore Holdings Inc., an investment fund from the Bahamas. The foundation was founded at the beginning of the 1980's and still exists.

Over the past 30 years, Blairmore has not paid a penny (!) Of taxes in the UK. At the same time, Blairmore was a long-time client of Mossack Fonseca. Cameron Sr. died in 2010 year.

About the decay of the western elite write in the United States.

In the edition "The American Interest" reported a huge number of electronic documents (over 2,6 data terabyte) of the Panamanian law firm Mossack Fonseca, specializing in the creation of offshore companies. These documents were "handed over to the German newspaper Süddeutsche Zeitung under mysterious circumstances" by an NGO called the International Consortium for Investigative Journalism. The consortium brings together 107 media organizations in 78 countries.

It is not clear how the documents saw the light. Hackers? Espionage? No answer.

And the issue in the papers is not only about Putin, his “childhood friend” and “partners.” The documents widely represent the most diverse world leaders prone to possessing offshore assets: here are the former prime minister of Iraq, Allawi, the king of Saudi Arabia, and the current president of Argentina, Mauricio Macri, and the president of Ukraine, Petro Poroshenko, and the prime minister of Iceland, Sigmündur, David Günlleigsson .

And there is one thing in common in the activities of all these people: “Mossack Fonseca” himself boasts that “ninety-five percent” of his work are such transactions that allow “to avoid taxes”.

This information makes you think about how the current world works. It turns out that the establishment, using "muddy schemes", "seriously morally rotten", and this rot is in the heart of society.

It is wonderful that journalists covered the dark world of political elites. Of course, this is important, but only the first step. What to do next?

The question is quite revolutionary. It is clear why the publication leaves it unanswered.

As for the great friend of the West, Mr. Poroshenko, the German press wrote about him with anger.

As newspaper correspondents remind "Süddeutche Zeitung", Petro Poroshenko, according to Forbes, is the sixth in the list of the richest Ukrainians (with assets in 858 million dollars).

The initial state he made on chocolate. In addition, he is engaged in shipbuilding, investment banking, has several media companies, etc.

This man became the presidential candidate in the spring of 2014 of the year and won the election. In an interview with the German newspaper “Bild”, he promised, if elected, to sell the company Roshen.

“As president of Ukraine, I would only care for the welfare of the country ...”

Panama Papers papers show that in reality, Mr. Poroshenko, after becoming president, was more concerned not with the welfare of the nation, but with his own economic well-being.

In the midst of the war in the east of Ukraine and two months later, after winning the election, the newspaper writes, the Ukrainian president created “personally for himself” an offshore company, Prime Asset Partners Limited. The formalities were completed by September 1 2014. At that time there was a “battle for Ilovaisk”, the Ukrainians died by the hundreds.

According to the papers of Mossack Fonseca, this company was conceived as a “holding for the Cypriot and Ukrainian companies Roshen Group, one of the largest European producers of sweets.”

Offshore scandal around Poroshenko is able to blow up the social world in Ukraine, believes Deutsche Welle.

According to an investigation by the International Consortium of Investigative Journalism, reports Oleksandr Savitsky from Kiev, the financial and legal advisers to the President of Ukraine removed the assets of the Roshen concern belonging to him from the country in order not to pay sales tax. Ukrainian experts say the scandal is undermining the confidence of the West in Ukraine.

In an interview with Deutsche Welle, Chairman of the Board of the Anti-Corruption Center, Vitaly Shabunin, said that in the context of the ongoing war with Russia, which cannot be won without Western support, the scandal creates real problems for the Ukrainian state. According to him, it will be difficult for Petro Poroshenko to explain to both the West and the Ukrainians why unreformed prosecutors subject the business inside the country to raiding, and in the meantime the president himself hides his property.

In the meantime, another financial scandal broke out. Corruption is suspected "friend of Russia" Senator McCain.

On the affairs of McCain told the world Roger Stone in the newspaper "The Daily Caller" with reference to the materials of “Bloomberg News”.

John McCain can follow in the footsteps of Hillary and Bill Clinton. The journalist reminds that both of the latter are accused of laundering millions of dollars received from foreign countries through “charity”.

The McCain Institute for International Leadership, run by a “close ally of McCain,” collecting money at the same time for the senator, received 1 a million dollars in donations from ... the Saudi government. Such a “donation” with the participation of Saudi Arabia to the fund of the political campaign of McCain would be simply illegal, so a million were turned over through the institute under the guise of “charity”.

The McCain Foundation is already overflowing with donations transferred by lobbyists. He had previously taken money (tens of millions) from “special interest groups and lobbyists”, which were then sent to electoral senate and presidential campaigns.

Roger Stone is very concerned that McCain, whose task is to take care of human rights, accepts dollars from Saudi Arabia. In this monarchy everyone is oppressed: women, gays, Christians, political opponents. Everything is terrible there.

What is the purpose of the Saudis "buy" the senator? And how can McCain, who is paid by the Saudis, “can remain objective in matters of national security”? After all, he gets millions from "despotic foreign governments"!

The “Panama Papers” scandal is growing, the names of one politician or another politician or their relatives and friends flash in the western press. They are indignant in Europe and the USA and the porous offshore activities of Mr. Poroshenko, who with his chocolate machinations spat in the face not only of the West, but also of his people, for whose good he promised to bake before the elections.

Against this background, other politicians' scams are beginning to be exposed - such as the Saudi’s millionth "charity" addressed to US Senator McCain, a well-known fighter for human rights.

The largest Western publications are asking themselves a philosophical question: if today political elites almost violate the laws they are forced to follow by citizens, what will happen tomorrow?

Ctrl Enter
Noticed oshЫbku Highlight text and press. Ctrl + Enter
We are
Results of the week. “I will tell you one clever thing! Only you do not be offended! "Iron call
Military Reviewin Yandex News
Military Reviewin Google News
147 comments
Information
Dear reader, to leave comments on the publication, you must sign in.