The 15 Army of Aerospace Forces (Special Purpose) includes the Main Warning Center for Missile Attacks, the Main Center for the Intelligence of Space Situations, the Main Testing Center for Space Services named after G.S. Titov. Consider the technical capabilities of the ground component of these forces.

HZ PRN with the main command post in Solnechnogorsk organizationally consists of separate radio nodes (ortu). Such units 17. The Dnepr, Daugava, Daryal, Volga, Voronezh radars and their modifications are in service with the ground-level armament of the DPR.

With 2005, the network is being established with the Voronezh radar. Currently, 571 orthus are on combat or test duty in Lekhtusi, Leningrad Region, with the Voronezh-M and Voronezh-DM radar in the village of Pionersky, Kaliningrad Region, Barnaul (Altai Krai) and Yeniseisk (Krasnoyarsk Krai). In Armavir (Krasnodar Territory) there are two sections of the Voronezh-DM system (818 ortu), the review sector is 240 degrees, and in the Usolye-Sibirsky Irkutsk Region there are two sections of Voronezh-M. Voronezh-M is being built in Orsk (Orenburg Oblast), Voronezh-DM in Pechora (Komi Republic) and See (Amur Oblast). Voronezh-VP will be in Olenegorsk, Murmansk region. All of the above radars must be handed over in 2018, after which there will be a continuous radar field of ATN over Russia. It should be noted that the Soviet Union did not implement a similar task.

Radar "Voronezh-DM" operates in the decimeter range of radio waves, "Voronezh-M" - in meter. Target detection range - up to six thousand kilometers. Voronezh-VP is a high-potential radar operating in the meter range.

In addition to the "Voronezh" in service are the radars of the Soviet era. In Olenegorsk (57 ort) there is a “Dnepr” as a transmitting part for receiving by the “Daugava” system. In 2014, the 808 ortu in Sevastopol also returned to Dnipro with the Dnipro. It may be returned to a healthy state in order to further create a radar field in the south-west direction. Another "Dnepr" is in Usolye-Sibirskiy.

Outside the Russian Federation, the SPRN uses two radars. In Belarus, near Baranavichy, the “Volga” of the UHF range, near the Balkhash Lake in Kazakhstan, is another “Dnepr”. The last of the monsters of the Soviet era "Daryal" - in Vorkuta. It is the most powerful meter range radar in the world. It is planned to modernize it, as well as other radars of Soviet construction, before the planned replacement of the radar VZG.

In 2013, the deployment of over-the-horizon detection radars (OGO) of air targets of the "Container" system began. The first object with such a radar was the 590 ortu in Kovylkino (Mordovia). The site will be fully completed this year. Currently, this radar operates in the Western strategic direction, it is planned to expand its capabilities to the South. The radar station of the ZGO system "Container" is being created for operation in the Eastern direction in Zeya in the Amur Region. Completion of work is scheduled for 2017. In the future, such radars will form a ring capable of detecting air targets at a distance of up to three thousand kilometers. Over-the-horizon detection unit "Container" is designed to monitor the air situation, reveal the nature of activities aviation means in the zone of responsibility in the interests of information support for military command and control bodies, as well as detection of cruise missile launches.

GC RKO with the Central Command Center in Noginsk provides planning, collection and processing of information from existing and prospective specialized PSC facilities. Among the main tasks is to maintain a single information database, otherwise referred to as the Main Catalog of Space Objects. It contains information about the 1500 characteristics of each space object (number, signs, coordinates, etc.). Russia is able to see in space objects with a diameter of 20 centimeters. The catalog contains approximately 12 thousands of space objects. 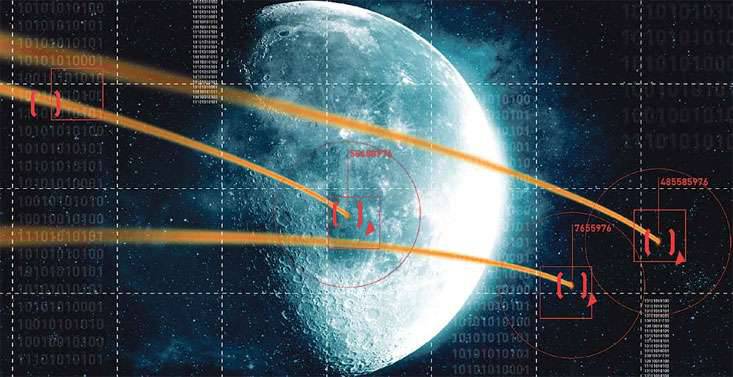 Radio-optical space objects recognition system “Krona”, which is one of the main assets of the GCC RKO, is located in the village of Zelenchukskaya in the North Caucasus. This product operates in the radio and optical bands. He is able to recognize the type of satellite and its membership at altitudes 3500 – 40 000 kilometers. The complex was put on duty in the 2000 year and includes a centimeter and decimeter radar and a laser-optical locator.

The Krona-N radio-optical complex, designed to detect low-orbit KOs, is being created in the area of ​​the city of Nakhodka in the Primorye Territory (573-th separate radio-technical center).

In Tajikistan, near the city of Nurek, is located the 1109-th separate optical-electronic node operating the “Window” complex. It is put on alert in 2004 and is designed to detect space objects in the field of view, determine the parameters of their movement, obtain photometric characteristics and provide information about all of this. Last year, the modernization of the site for the Window-M project was completed. Now the complex allows detecting, recognizing space objects and calculating their orbits in automatic mode at altitudes 2 – 40 000 kilometers. Low-orbit flying targets also will not go unnoticed. The “Window-S” complex is being created in the area of ​​the city of Spassk-Dalny in the Primorsky Territory.

In the development prospects of GC RKO, the creation of a radar center for monitoring space in Nakhodka (ROC Nakhodka), the development of the Krona complex, the creation of a network of mobile optical complexes for the Sight, the radar system for detecting and monitoring small-sized space objects Razvyazka based on Radar "Danube-3U" in Chekhov, Moscow Region. Objects are being created in the Moscow and Kaliningrad Regions, Altai and Primorsky Territories for the network of the Sledopyt spacecraft control complexes. It is planned to put into operation a complex of fourth-generation computing facilities to replace the Elbrus-2 computer. As a result, by the 2018 year, the CSC RKO will be able to observe objects with a size less than 10 centimeters.

Mirror of the world

The main space test center with the command post in Krasnoznamensk solves the tasks of ensuring the control of orbital groups of military, dual, socio-economic and scientific spacecraft, including the GLONASS system. 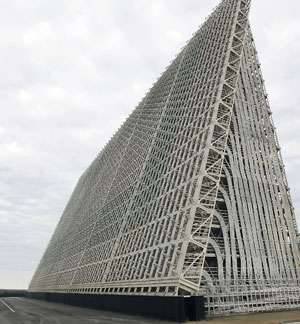 Every day, the on-call staff of the GIKTS are carried out around 900 satellite control sessions. The center is controlled by the order of 80 percent of domestic spacecraft for military, dual, socio-economic and scientific purposes.

To supply consumers of the Russian Ministry of Defense with navigation-time, and, if necessary, precision information from the GLONASS navigation system, an application consumer center has been created.

In 2014, the center of distant space communications in Evpatoria was returned to the composition of the Space Forces. The most powerful and equipped are 40 OKIK in Evpatoria and 15 OKIK in Galenki (Primorsky Krai). In Evpatoria, there is a radio telescope RT-70 with a mirror diameter of 70 meters and an antenna area of ​​2500 square meters. It is one of the largest full-motion radio telescopes in the world.

Armament of this OKIK has the space radio-technical complex “Pluto”, equipped with three unique antennas (two receiving and one transmitting). They have an effective surface of about 1000 square meters. The radio signal power emitted by the transmitter reaches 120 kilowatts, which allows radio communication at a distance of up to 300 millions of kilometers. From Ukraine, this OKIK has got into extremely poor technical condition, but it will be equipped with new command and measurement control systems and complexes for space monitoring.

The work and composition of OKIK equipment can be assessed using the Barnaul node as an example. With his radio equipment and laser telescope, he conducts up to 110 spacecraft control sessions per day. From here comes information to control the output to orbits of spacecraft launched from Baikonur, voice and television communications are provided with the crews of manned spacecraft and the ISS. Currently, a second laser telescope with a diameter of 312 centimeters, weighing 85 tons, is being built here. It is planned that it will be the largest in Eurasia and at a distance of 400 kilometers will be able to distinguish the design features of parts of the spacecraft measuring eight centimeters.

In the interests of GIKTS, the ship of the measuring complex of the 1914 Marshal Krylov project, the last representative of the KIK ships, can be used.