April 5 2016
23
Su-35C fighters from the 11 Army Air Force and Air Defense of the Eastern District are on duty at Dzemgi airfield (Komsomolsk-on-Amur) with the latest RVV-SD missiles, the blog reports bmpd with reference to the channel "Star". 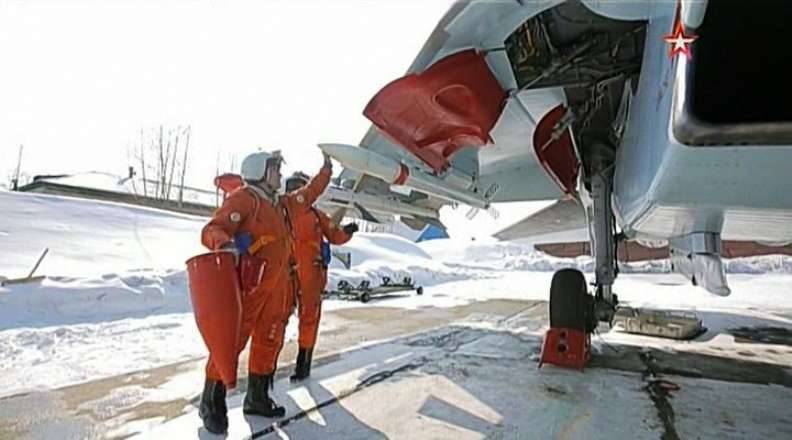 "RVV-SD (product 170-1) is an air-to-air missile, with active radar homing heads and with containers of the active jamming complex of the Khibiny-M complex at the wingtips of the jamming wing," in the article.

The author recalls that “Su-35S from the 23rd fighter regiment of the 303rd Guards Mixed aviation divisions of the 11th army of the Air Force and Air Defense at the Dzemgi airdrome for the first time began combat duty on air defense on December 25, 2015. " 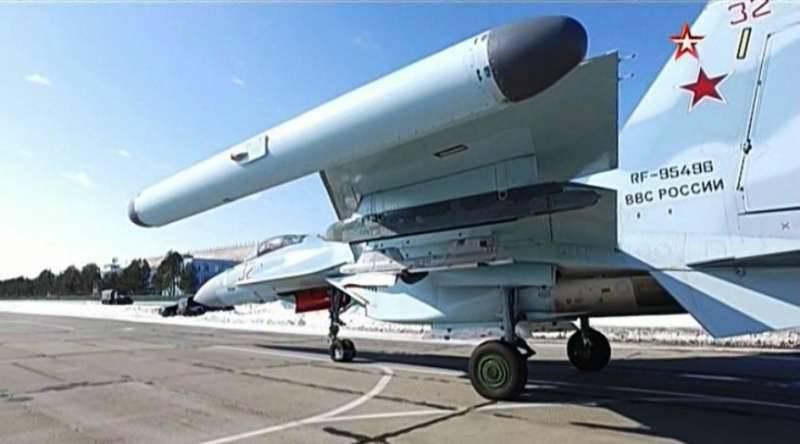 At the same time, he said, the planes were initially armed with “only short-range air-to-air missiles of the P-73 and RVV-MD type, and outdated medium-range R-27T missiles with an infrared guidance system.”

For the first time, RVV-SD "were spotted on four Su-35C fighters deployed to Syria and launched into combat duty at Khmeymim airfield from the beginning of February 2016 of the year," the blogger notes.

"Judging by the TV program" Stars ", Su-35С fighters in Dzemgi on combat duty carry the same type of outboard armament as Su-35С on Hamim - in the form of six air-to-air missiles: two short-range P-73 (or RVV-MD), two medium-range P-27T and two new medium-range RVV-SD, ”he adds. 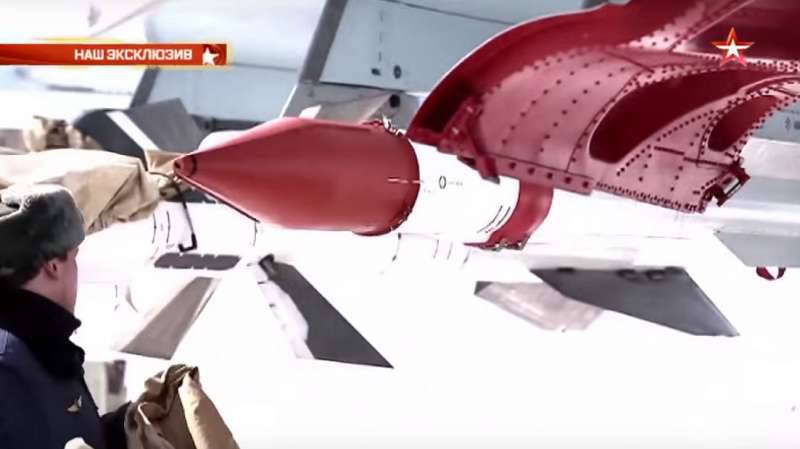 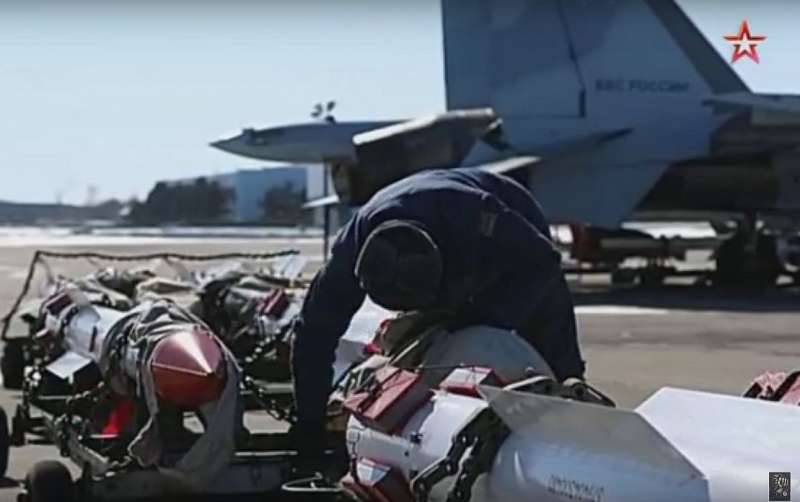 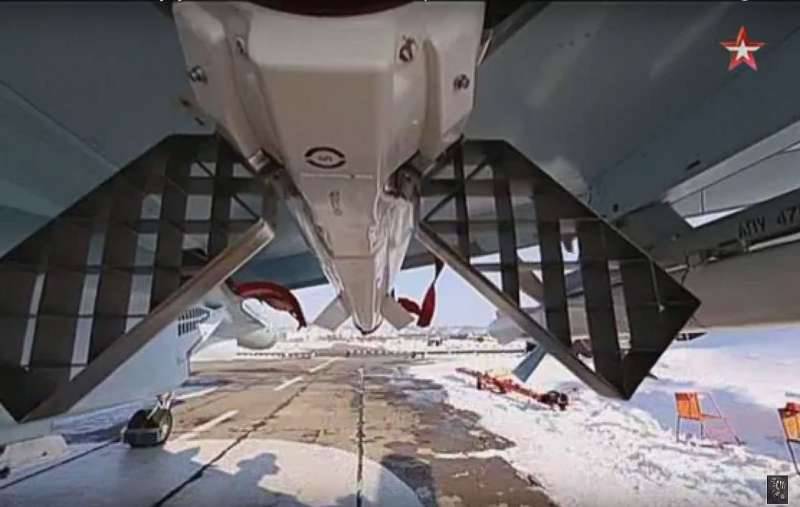 Photos used:
shot from the video of the TV channel "Star" (via djoker-lj.livejournal.com)