Caucasian impasse: Azerbaijan threatens with blows to Stepanakert, Yerevan is ready to respond

April 5 2016
148
Despite all the allegations that the hostilities of the opposing sides in Nagorno-Karabakh "stop unilaterally," bloody clashes in the area of ​​the unrecognized republic continue. And, judging by the reports, there is an intensification of hostilities. The head of the press service of the Ministry of Defense of Azerbaijan, Vagif Dargyalkhi, stated that the Armenian side is firing at settlements in the northeast and southeast of the contact line. 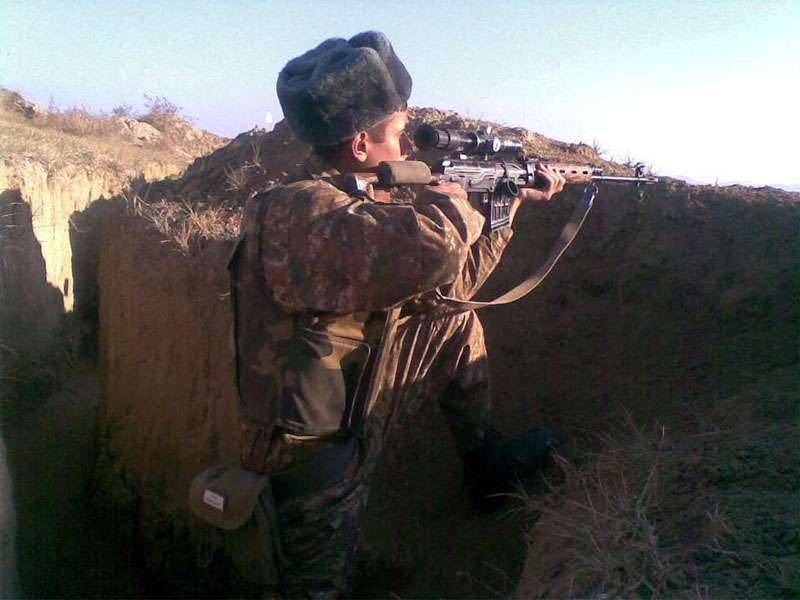 RIA News cites a statement by an Azerbaijani official:
Armenians are actively bombarding settlements in the Agdera and Fizuli directions of the contact line of troops in Karabakh (...) As you can see, the warning of the Azerbaijani side is ignored by the Armenian side. In this case, let them blame themselves, we warned.

Against this background, statements were made that the Azerbaijani army is ready to deliver a “crushing blow” on Stepanakert (the administrative center of the Nagorno-Karabakh Republic). From the statement press service of the main military department Azerbaijan:
The Minister of Defense (Zakir Hasanov) issued an order to increase the combat readiness for the use of heavy equipment at the disposal of the armed forces, including rocket and artillery troops, with the aim of delivering crushing blows to the city of Khankendi (and so called in Azerbaijan). other settlements located in the occupied territories of Azerbaijan.

In response, the press secretary of the Ministry of Defense of Armenia Artsrun Hovhannisyan stated that if the aggression of Azerbaijan does not stop, the Armenian army will deliver a more powerful blow to Azerbaijan in response to the shelling of Nagorno-Karabakh. At the same time, the Ministry of Defense of Armenia brought a summary of the alleged destruction 30 tanks Armed Forces of Azerbaijan.

On Twitter, the press secretary of the NKR government, Artak Beglaryan, has an entry that says that Azerbaijan is using drone drone drone. According to Beglaryan, the drone hit the bus, killing seven Karabakh volunteers.

Ctrl Enter
Noticed oshЫbku Highlight text and press. Ctrl + Enter
We are
New war in the Caucasus be?
Military Reviewin Yandex News
Military Reviewin Google News
148 comments
Information
Dear reader, to leave comments on the publication, you must sign in.