April 5 2016
33
Guided ammunition has long been no surprise to anyone, having ceased to be something fantastic. Such weapon It was created during the Second World War. Work on guided missiles began in Germany in 1943, in 1944, tests of the famous X-7 Rotkappchen (Little Red Riding Hood) ATGM took place, which was included in all textbooks as the world's first anti-tank guided missile. Since then, science and technology have made a huge step forward, ATGMs have become much more advanced and effective, but the creation of guided small arms ammunition is indeed a new word in the weapon business.


The main problem that arises during the development of a controlled bullet is the need to place all control devices and stuffing in a very limited volume. Work on such projects has been going on for several decades. However, it was in the modern realities of the development of microelectronics that they were really able to reach a new level. Currently, the US Defense Research Agency DARPA is working in this direction, real prototypes of smart bullets are being tested. However, it is too early to talk about the mass introduction or adoption of such ammunition.

Initiate work towards the creation of such ammunition by the US military pushed the experience of military operations conducted in the territory of Afghanistan and Iraq. Military experts found that the effectiveness of sniper units is low. For example, snipers in Afghanistan very often could not boast a mark of shooting due to dust storms, strong winds and elevation changes. In this case, every mistake and an extra shot could give the arrow and put his life at risk. The Pentagon decided that it would be easier to follow the path of improving weapons systems than to spend money and time to conduct additional preparatory work with snipers. 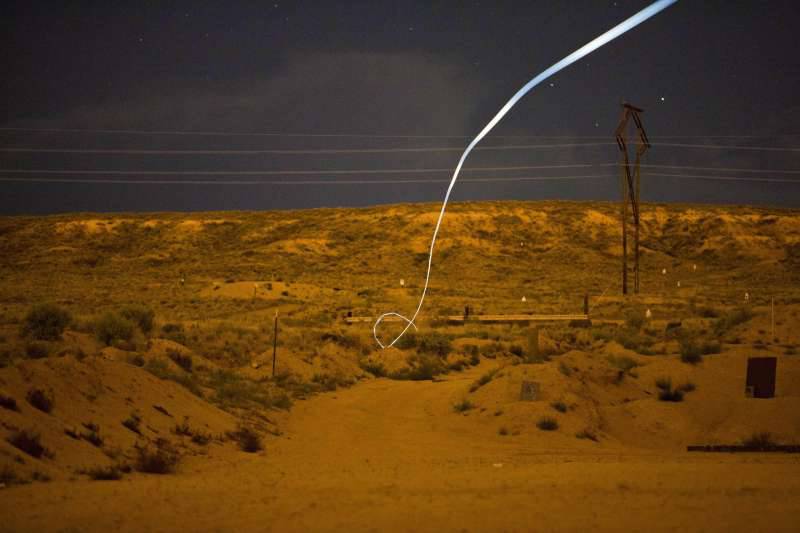 In order to solve the identified problem, it was decided to create a new sniper complex, which would use the latest technical advances. The technical task for the project really looks impressive: a new weapon should ensure that it hits the target, correcting all shooter’s mistakes when fired, in any weather conditions and in any terrain, providing the shooter with maximum concealment. An additional stringent condition from the Pentagon is that the high-precision sniper complex must confidently hit not only stationary targets, but also objects moving at high speed.

This is how the EXACTO project was born - a program for the development of high-precision safe sniper shooting systems. EXACTO is short for EXtreme ACcuracy Tasked Ordnance. The sniper complex being developed in the United States consisted of a large-caliber sniper rifle, a detection and guidance system, and a directly guided bullet. DARPA started working on this program in November 2008. The initial cost of work under this program was supposed to be $ 25 million ($ 12,3 million from Lockheed Martin and $ 9,5 million from Teledyne Scientific & Imaging were confirmed), but later it was reported that the cost of the program has increased significantly. In particular, only the American-Israeli corporation-developer of guidance systems Teledyne has invested more than $ 25 million in this project. The developers planned to achieve the first tangible results in 2015. The first demonstration of guided bullets occurred in 2014, and in February 2015 they were tested in field conditions.

Self-guided bullet brings to life the dream of science fiction. However, a cartridge with a .50 caliber bullet (12,7 mm), which is capable of maneuvering, adjusting its trajectory in flight after a shot from a firearm, still cannot “shoot from the corner,” the smart bullet developers didn’t work on this. Their main task was to provide the ammunition with a minimum deviation from the initially set course, not allowing the bullet to change the trajectory under the influence of side wind, air turbulence and loss of speed. Due to this, a smart ammunition should significantly improve the accuracy and accuracy of shooting, providing savings of ammunition and increasing the secrecy of the shooter. In practice, the principle is realized: one goal - one shot. 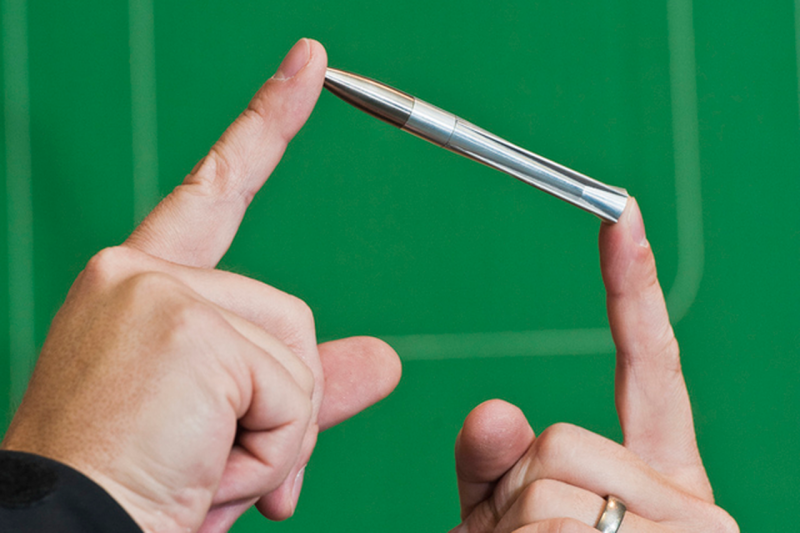 According to the agency, a specially designed EXACTO cartridge uses an optical guidance system in real time. This guidance system allows you to track not only the bullet, but also direct it directly at the target. Thanks to this optical system, it is possible to provide an arrow with the sniper accuracy of hitting, regardless of the impact on the trajectory of a bullet, of such external factors as weather conditions (rain, snow), wind or target movement.

“For military snipers to hit a moving target in adverse conditions, which include dust storms and strong winds that were encountered in Afghanistan, is a very difficult task, even taking into account the use of the most modern technologies and weapons,” said DARPA. “It is very important that a sniper defeats a target as quickly as possible and with greater accuracy, since every shot that doesn’t hit the target exposes the sniper to unnecessary danger, betraying the enemy’s presence or even revealing the firing position it occupies.”

DARPA first showed its guided bullets in 2014 year. The video presented at that time demonstrated how guided sniper bullets change the direction of their flight, as if following a target. The tests at the test site, which took place as early as February 2015, demonstrated that the self-guided bullets created as part of the EXACTO project hit not only moving targets, but also targets that are accelerated. The video from the agency shows that the novice was able to hit the target with the same ease as the professional shooter: the bullet, deviating from the original trajectory of its flight, finds the desired target itself. 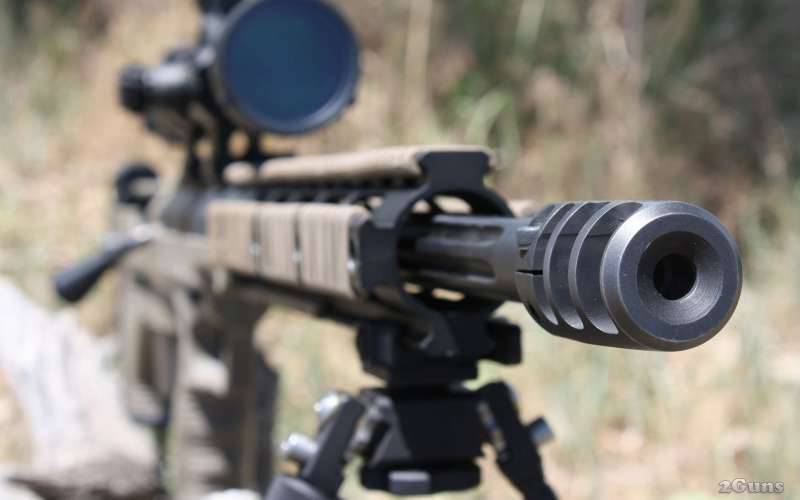 “In line with the task, the Exacto bullets created by DARPA specialists demonstrated what was previously considered impossible: continuous aiming of the bullet at the target,” said Jerome Dunn, program development manager. “The demonstration firing from a standard rifle demonstrated that such bullets can hit moving and evading targets with very high sniper accuracy, which is unattainable for traditional types of ammunition.”

“Equipping small-caliber cartridges with such a targeting system is quite a serious breakthrough and opens up possibilities for using this technology in the long run on ammunition of any caliber, turning them into controllable ones,” said Jerome Dunn.

In fact, a smart bullet that can adjust its trajectory in flight is more like a miniature rocket, not a bullet. The length of the bullet is about 10 centimeters. An optical sensor was placed in its nose, which allows you to set a light point on the target. Information from the sensor is transmitted to a small processor that can correct the trajectory of the 30 bullet once per second, for which small actuators are used to control its plumage. This ammunition does not swing even at the time of the trajectory. In this case, the speed of a bullet in 2 times the speed of sound. An unguided bullet of the same size deviates from a target located a kilometer away from the shooter by approximately 10 meters, while a controlled bullet is only 20 centimeters.

The usual bullet when starting out of the barrel of a rifle is already starting to sway, whereas in the smart bullet there is a stabilization system, the use of the “tail” makes such ammunition more stable in flight. Using the information received from the optical system, the bullet, using small aerodynamic elements, performs flight correction, providing the shooter with a confident defeat of the chosen target. Thanks to these solutions, the bullet turns into a small guided projectile. All the studies carried out to this point confirm that the bullet homing at the target is able to withstand all loads without any damage to the structure and electronic filling, while developing speed to 730 m / s. According to the developers, in the future, the speed of the bullet can be changed to an even greater direction, increasing the shooting range. In addition to testing the ammunition in an open space, were tested bullets and indoors. According to DARPA representatives, the accuracy of a bullet hitting a target as it increases the distance to it only grows, since in this case more time appears that can be spent on carrying out the correction of its flight path. 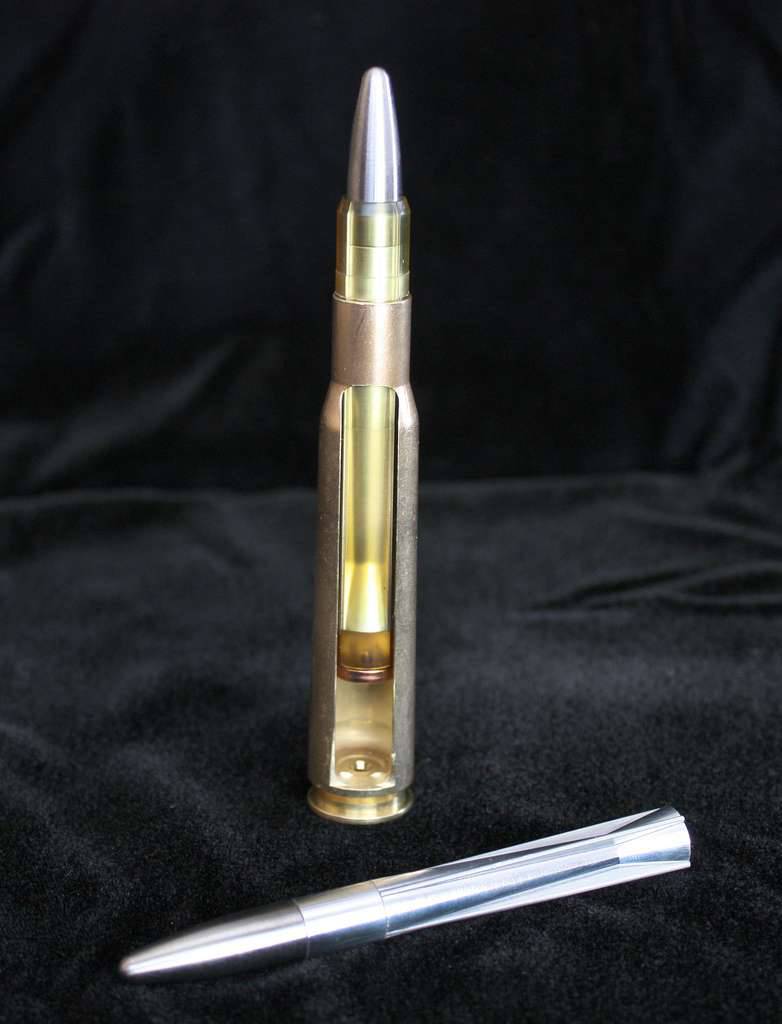 In Russia, this development of Americans is rather critical. Alexander Kozmin, the head of the design office of the ORSIS company, spoke about the practicality and innovativeness of the development in an interview with the Zvezda TV channel (this company is the developer of one of the most modern sniper rifles in the country). According to him, there is nothing unusual in the project implemented by the Americans. Back in the 1980s, a homing bullet was created in the UK, but it never entered service. The British considered that this technology was very expensive, and its use in practice, that is, in combat conditions, already in those years caused many questions.

So, according to Alexander Kozmin, it is not fully known about the impact of this kind of bullets on the target. The thing is that during the maneuvering on the flight path, especially if it is active, as well as in the presence of a strong headwind, the controlled bullet will be guaranteed to lose its kinetic energy. This, in turn, will lead to a drop in the slaughter rate and the stopping power of the munition.