Is the fleet being driven out of Ceuta?

April 5 2016
46
According to media reports, the EU High Representative for Foreign Affairs Federica Mogherini was approached by eleven deputies of the European Parliament with a demand to deal with the arrival of Russian warships in the Spanish port of Ceuta. The deputies, mainly representing Poland and the Baltic States, expressed the opinion that such visits violate the sanctions regime, since the final point for many ships is Crimea. In addition, the opinion was voiced that the Russians could “spy on Gibraltar”, and a very ridiculous version was expressed that the Russian troops in Ukraine could be supplied with ships. According to the information of Spanish journalists, the appeal was initiated by American and British organizations. 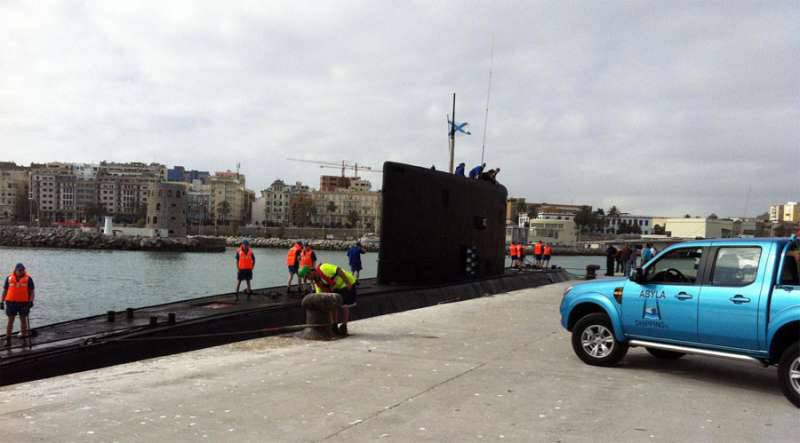 Ceuta is a Spanish semi-cliques on the African coast, which, along with Melilla, is an autonomous possession of the Kingdom. After the liquidation of Spanish Morocco and the Moroccan seizure of Western Sahara, these territories were actually under siege. Morocco has made territorial claims against them and is only waiting for a suitable case, as it was with the Western Sahara to hold a seizure.

Ceuta in recent years has become the most convenient stop for naval ships fleet Russia heading to or leaving the Mediterranean Sea. There are several main reasons here: the Syrian Civil War, Somali pirates, the renewal of the Black Sea Fleet. According to observers, Russian ships went to Ceuta more than 2011 times since 50, leaving a lot of money in the enclave both through centralized purchase of diesel fuel, fresh water and food, and privately by individual officers in local stores. All this settles in the local budget and reduces the costs of the central government. And the British in Gibraltar annoy the presence of the Russians very strongly.

To the credit of the leadership of Spain, it still does not give in to pressure. True, the EU, NATO or Washington have not yet had a serious impact on this issue, and if this happens, Madrid may give way. In the mildest scenario, Russian sailors will have to specify not Sevastopol as their final destination, but, say, Novorossiysk, in order to avoid problems with the sanctions regime. In a radical variant, the services of the Spanish ports will have to be completely abandoned, looking for more suitable places in Morocco or Algeria.

Much more interesting is the question of why eurodeputies were preoccupied with the question of Ceuta right now, although there were no special claims to the Spaniards before. In principle, a certain logic, in addition to the banal desire to create difficulties for Russia, is visible in the actions: it is connected with the upcoming replenishment of the Black Sea Fleet with ships and submarines, which are being built at Baltic shipyards or are being tested in the north. Especially those that can carry long-range Caliber cruise missiles. Although the short delivery of Ukrainian and German power plants for a long time disrupted the construction of new ships, some of them were finished by domestic shipbuilders. This year, the frigates “Admiral Grigorovich”, “Admiral Essen” and “Admiral Makarov”, as well as the submarines B-262 “Old Oskol”, B-265 “Krasnodar” and B-268 “Veliky Novgorod” should arrive on the Black Sea .

The appearance of these ships in the Black Sea Fleet is increasingly turning it from an isolated and vulnerable compound into a formidable weapon with long arms. And if Europeans are not able to prevent the replenishment of the fleet with new "Buyanas-M" for geographical reasons, then they are quite capable of obstructing the arrival of large ships. In this sense, the scandal around Ceuta begins to play with new colors. 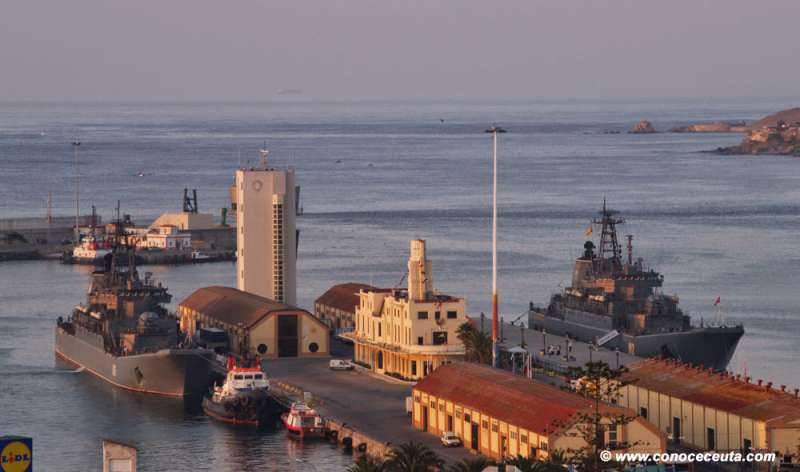 If these assumptions are correct, then the haste with which the Russian fleet wants to close Ceuta is alarming. Obviously, it has a short-term effect and aims to ensure that ready-made ships do not get to the Black Sea Fleet this year, or even in the next six months, since Moscow will be able to find alternative routes further. Simple logic suggests that during this period military provocations are possible in the South, and the sea carriers of the Caliber are capable of playing the role of the ultima ratio.

Another reason for the scandal surrounding Ceuta may lie next to the planned campaign of the aircraft carrier Admiral Kuznetsov for Syria this summer (or autumn). There, not only the old Su-33 and Su-25UTG, but also the new MiG-29K should show themselves. This will be the first in a long time the use of such a powerful ship against a real enemy, training for the sea aviation, a demonstration of the flag and much more.

Anyway, the maritime authorities have something to think about. Putting all your eggs in one Spanish basket, of course, is easiest, but taking into account all the circumstances, it is hardly reasonable.

Ctrl Enter
Noticed oshЫbku Highlight text and press. Ctrl + Enter
We are
Morocco is back in the African Union. What awaits Western Sahara?Russian-Moroccan Relations: Past and Present
Military Reviewin Yandex News
Military Reviewin Google News
46 comments
Information
Dear reader, to leave comments on the publication, you must sign in.