Who and how protests today in Kharkov 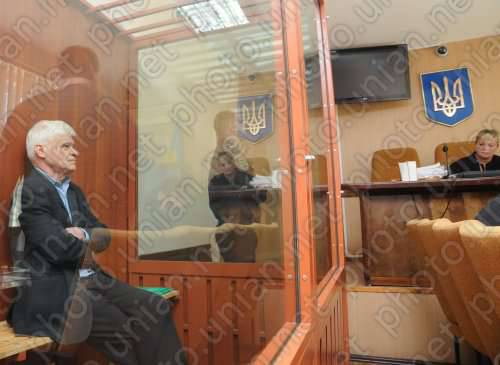 Very often in the comments of our readers there is a condemnation of a certain inertia of the population of Ukraine towards the ruling junta. Adapters, "hataskrayniki" and the like. Especially goes to the address of the inhabitants of the Russian city of Ukraine - Kharkov.

That's just about one Russian Kharkovites and I want to tell.

I already wrote in my materials that after the March 2014 events in Kharkov there were many oddities. Yes, it was a very revealing antimaydannoe performance Kharkov. Yes, a lot of caring people came from Russia. Actually, as a participant in those events, I appreciated the rush of Kharkiv citizens. It was really from the heart and at the behest of the heart and mind. But then the oddities began.

The organization was set up pretty well. People were divided into units, tasks were set. Commanders compiled lists of personnel. But after these lists, somehow unknown to me personally, they were first at Kernes, and then at the disposal of the SBU. Obviously, I have no evidence, but my personal opinion is that with these lists Kernes bought himself indulgence for his pro-Russian statements, which he then did.

In the normal world, it is treated as a betrayal.

Considering how many people then came and signed up (for example, I would say that I was already in the 24 squad), the SBU took a fair amount of time to work out and filter these lists. And the planting season began only in May.

So, my today's hero is Yuri Mikhailovich Apukhtin. 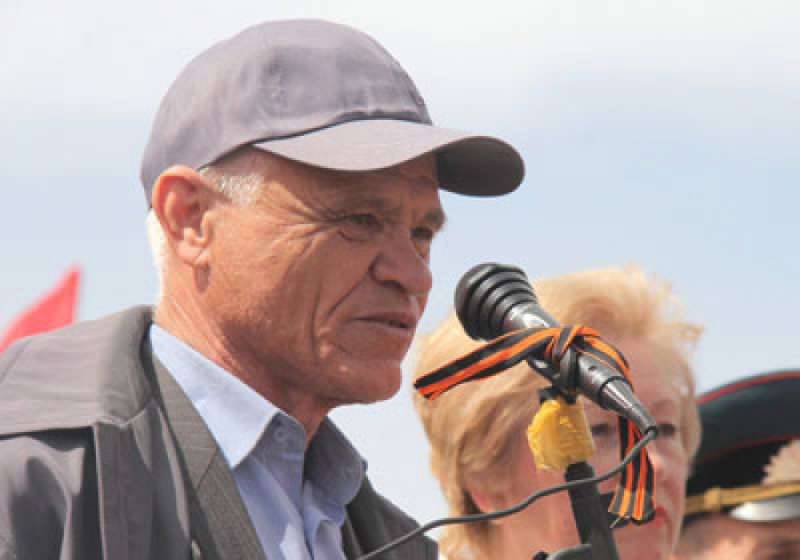 Born in 1948 in the city of Oboyan, Kursk Region, Russian.

In 1972 he graduated from the Kharkov Polytechnic Institute, in 1976 the Kharkov Institute of Radio Electronics with a degree in Automatic Control Systems, in 1983 graduate school at the Moscow Institute of Electronic Engineering, in 1986 he defended his thesis "Principles of Construction tank information management system. "

Job:
1972 - 1995 - Kharkiv Engineering Design Bureau named. A.A.Morozova designer, head of department, head of department of control systems of a prospective tank. With 1995, a deputy of the Kharkiv Regional Council of two convocations, he worked in private business for managing commercial structures.

1973-1974 - leading on the complex installation of the smoke curtain "Tucha", later the complex of optical-electronic countermeasures "Curtain".

1976-1978 - work on the fire control system of the T-80UD tank, testing the system of duplicated commander’s fire control, work on the panoramic and simplified sight of the commander.
1976 -1979 - the head of work on the creation of a tank information management system (TIUS) "Iris-K" and "Alternative" for the tank T-64B.

In 1975 - 1980 carried out a number of publications in closed messengers on arms ground forces on tank fire control systems and the prospects for creating a tank information and control system. Author and co-author of 8 inventions for tank control systems.

The author of the book "The last spurt of Soviet tank builders" (diary of a participant in the development of the tank Boxer), Kharkov, 2009.

The above list is enough to make a minimum conclusion about the person. But there is also a place for social and political activity.

"Great Russia" was established in Kharkov as an all-Ukrainian social movement in 2008, with the aim of countering fascism, which under the guise of Bandera and Ukrainian nationalists actively promoted Yushchenko to power. The goal of the movement was to unite three fraternal Slavic Orthodox states. That, however, is clear from the name of the organization.

The second co-founder of "Great Russia" was Mikhail Onufienko, now better known as the blogger Mikle1.

At the end of 2013, on the initiative of Y. Apukhtin, "Great Russia", together with almost forty other organizations, united in the movement "Civil Forum of Kharkov", in March 2014 of the year was renamed the movement "South-East". This organization became the organizer of mass demonstrations of peaceful protest within the framework of the current legislation in Kharkov. 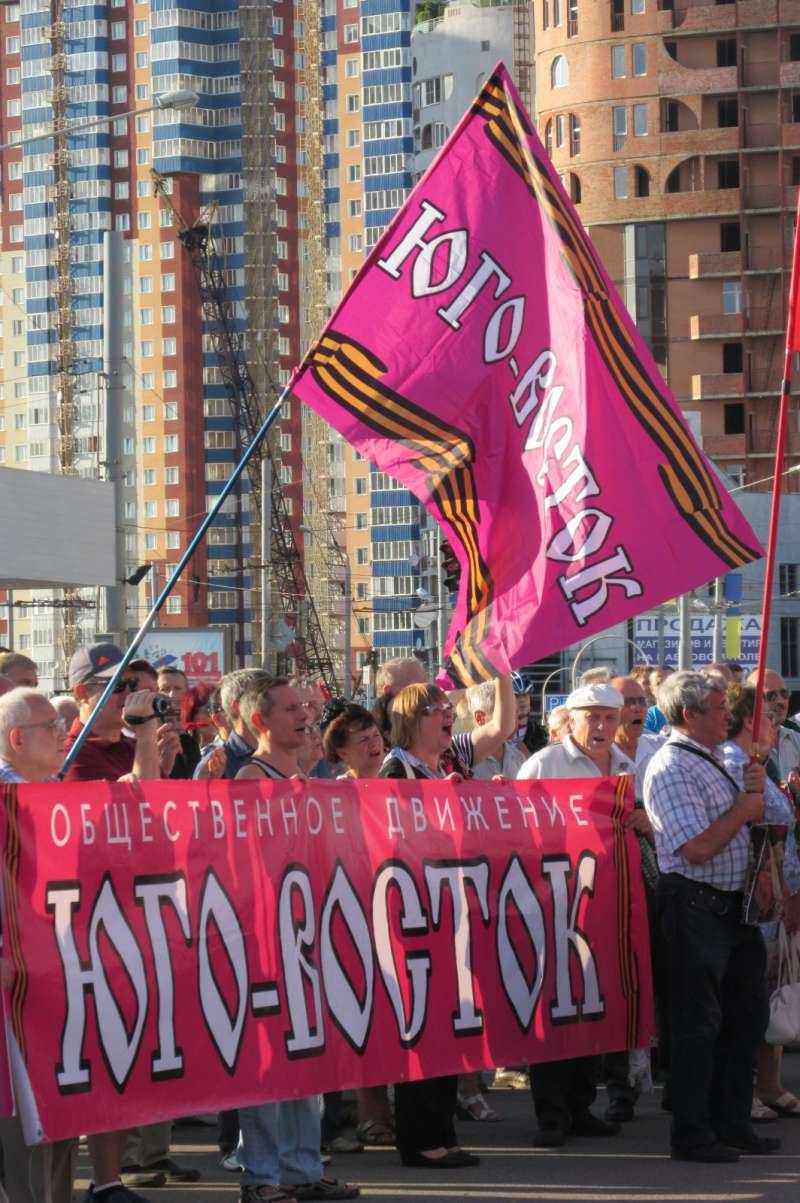 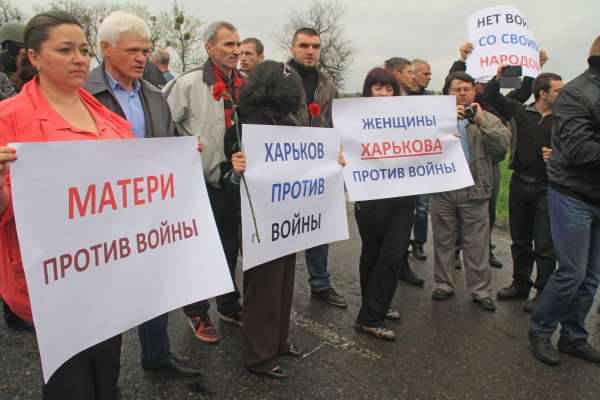 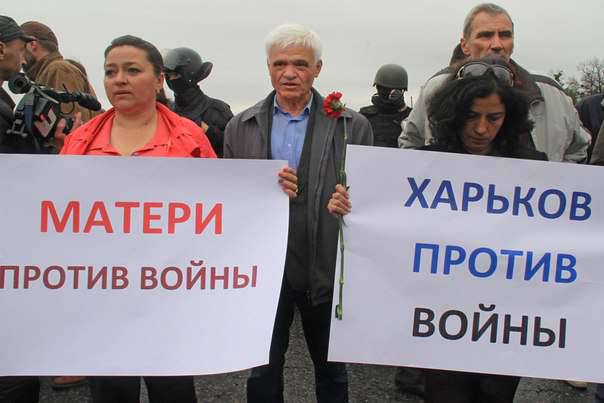 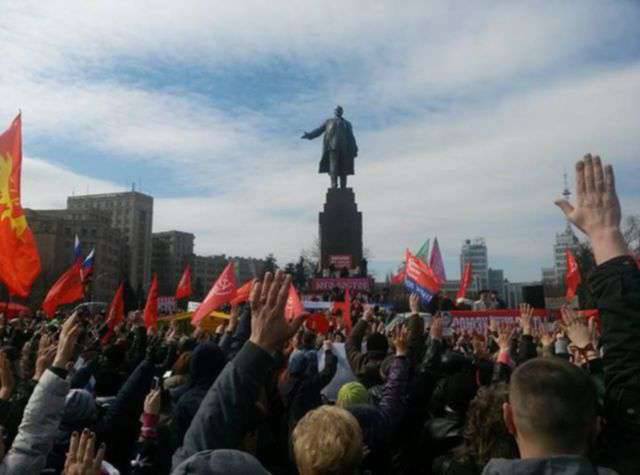 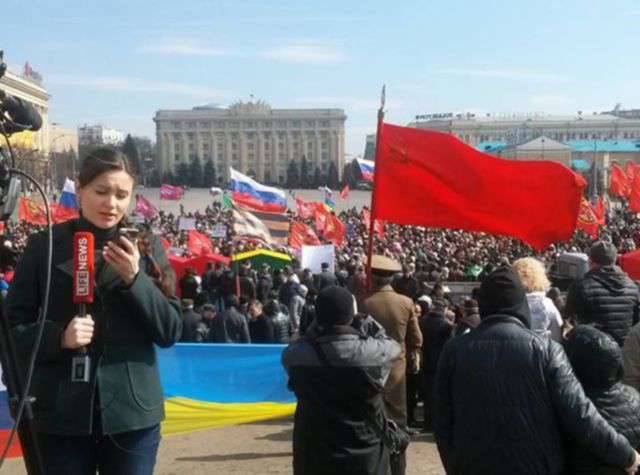 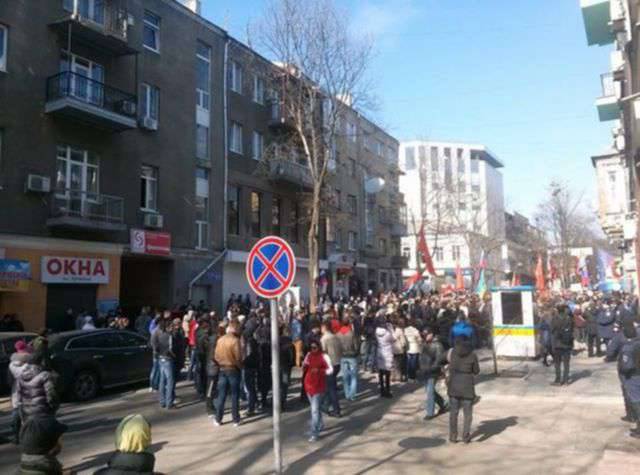 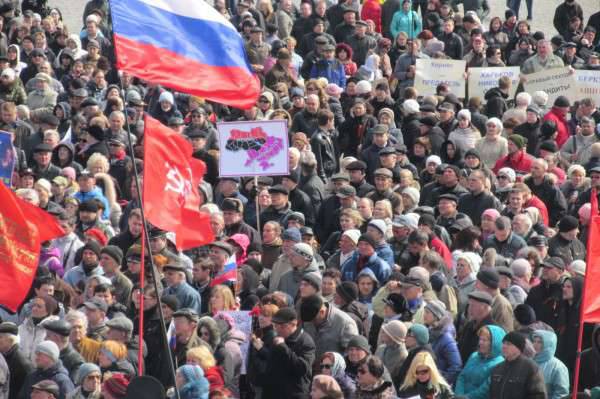 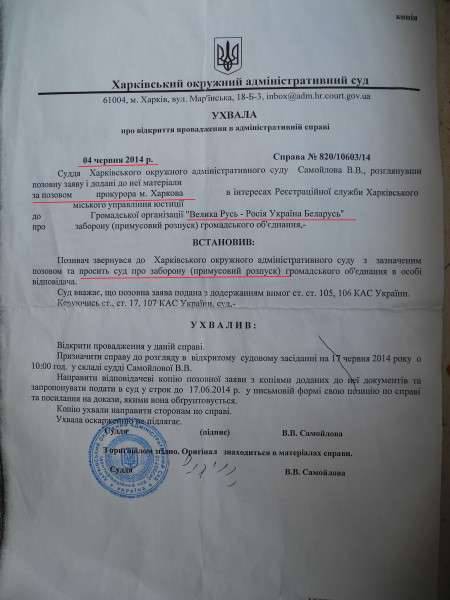 “South-East” with its actions showed that the protest of the residents of Kharkov against the Maidan is not at all what the Ukrainian media wrote at that time. The publications of that time talked about a “handful of pro-Russian separatists,” going to minor rallies and protests. Photos from these events indicate the opposite.

In April, the 2014 of the year (it took the SBU just enough time to analyze the situation) Apukhtin was arrested for the first time. He was released on bail, and until December 2014, he passed with a tracking bracelet on his leg.

19 December Apukhtin was again called to court as a witness, but by decision of the Prosecutor General’s Office of Ukraine he was taken into custody in the courtroom. And from this time is in prison. The trial over Yuri Mikhailovich has been going on for almost a year and a half, but the real end is not visible.

Representatives of the Ukrainian justice are in no hurry to pass a clear sentence. As well as release Apukhtin for lack of proof, or at least on bail. It is obvious that the authority of the 68-year-old patriot is such that isolation without trial is the best way out. And Yuri Mikhailovich continues to sit and wait. 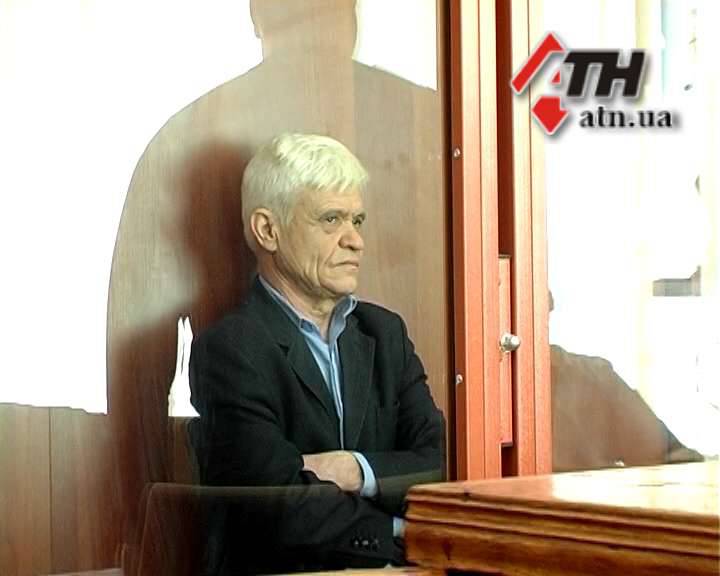 It is unlikely that the junta will break this man. It is obvious that Yuri Mikhailovich is stronger than the tanks to which he dedicated his life. This is his message - the best proof of that. 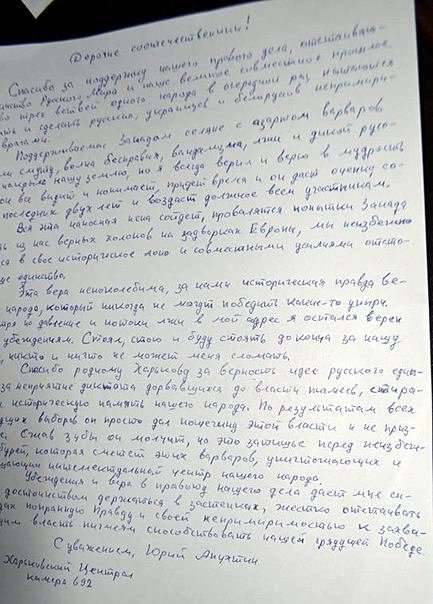 In fact, the Kharkiv anti-Maid movement has now been beheaded. It is no secret that, together with Apukhtin, many of his colleagues are under investigation. Spartak Golovachev, Sergey Yudaev, Egor Logvinov, Ignat Kromskoy, Marina Kovtun, Yulia Smagina, Dmitry Pigorev and many others.

The list of those arrested and under trial or investigation in the Kharkiv region is estimated at over a thousand people. And all of them are charged with political activity against Ukraine. Separatism. That is, they all fall under the Minsk agreements.

And, in the case of the implementation of these agreements, these people should get into the exchange or amnesty program. Some, by the way, have already been traded, but this is a drop in the ocean.

The question is, what do you think, what will these people do when they are released? What will Apukhtin again become involved with, who until the last moment, being repeatedly warned that he was going to be arrested, continued his business and resolutely refused to leave?

If it is really possible to force the Kiev junta to fulfill the agreements it has signed, then Kharkov has a lot of struggle ahead. Sure.

Ctrl Enter
Noticed oshЫbku Highlight text and press. Ctrl + Enter
We are
Results of the week. “You are already indebted to the sea: neither the bottom nor the coast”Results of the week. “He who does not regret the collapse of the Soviet Union, has no heart; who wants to recreate it in its previous form, he has no head "
Military Reviewin Yandex News
Military Reviewin Google News
92 comments
Information
Dear reader, to leave comments on the publication, you must sign in.