April 5 2016
182
The Liberal West is indignant: Russia will not fall into the pit of the economic crisis. The industry feels not so bad; in two months of 2016, she even showed a slight increase. Unemployment has not jumped to a catastrophic value. Imports are low: a diversified Russian economy produces most of what it consumes. Gold reserves are also large. 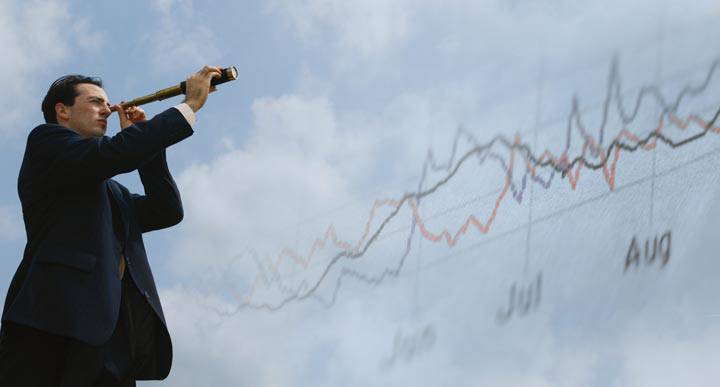 Finnish entrepreneur, board member of the Association of European Businesses, managing partner of Avara, polyglot (English, Russian, Finnish, Swedish, Spanish) Jon Hellevig on the pages "Awarablogs" He spoke about the incorrect approach to Russia as a gas station in the West (as “to a gas station disguised as a country”).

In the West, they asserted that the Russian economy was "torn to shreds": after all, the Russians do not know how to do anything except drain oil from the depths.

But now, the publicist notes, the share of tax revenues in the form of deductions from the sale of oil and gas in Russia fell to 21%, but no collapse of the Russian economy is observed.

“Well, now their dream of low oil prices has come true, but one way or another, it could not lead to the destruction of the Russian economy,” the Finnish journalist notes with irony.

The industry not only did not collapse, but showed a slight increase (by 1%) for two months of the current year and falling only insignificantly (by 3,4%) for the entire 2015 year. Unemployment remained at 5,8% of the economically active population.

The balance of trade for the year showed 46% of exports (tremendously!), Thereby saving 160 billion dollars in the Russian treasury.

Imports are at a historically low level, but this is explained by the fact that “most of what it consumes, the diversified economy of Russia currently produces domestically.”

According to the latest data, gold and foreign exchange reserves amounted to $ 370 billion.

Last week, the expert continues, haters of Russia poured "a whole tub of cold water" on their heads, saying that by the end of February, the share of oil and gas in the country's tax revenues had dropped to 21%.

This figure went far away from 50% - the budget level that Western “experts” usually give for Russia, proving its dependence on oil and gas.

A Finnish analyst believes that the new data suggests that Russia has a “sufficiently diversified economy” and other sources of income at the times when the price of oil goes down.

By Western standards, Russia today has a perfectly acceptable budget deficit (as expected, it will be 3,8% of GDP for the consolidated budget compared with 4,6% in the previous year).

There may be some misunderstanding. The fact is that the Russian government reported that the share of oil and gas sales in federal budget revenues fell to 37,4%, and not to 21%, which the analyst is talking about. He himself explains this discrepancy.

The key word here is “federal.” For “some archaic reasons,” the expert writes, the Ministry of Finance of Russia publishes its reports in terms of the “federal budget” concept. Finn thinks it can be "misleading." It would be correct to talk about a consolidated budget.

Due to the adopted accounting policy and administrative rules, the budget system of Russia is divided into three main categories: the federal budget, regional budgets and state social insurance funds. Various types of taxes are sent to one of these budgets, and only their full consolidation demonstrates the total income of the state, the publicist points out.

All receipts of the personal income tax and about two-fifths of the income tax, as well as social security contributions (“payroll taxes”) remain outside the federal budget. It is easy to imagine how this division varies from one year to another; in fact, it has happened over the years.

Therefore, "it is absolutely pointless to copy large headlines announcing oil and gas revenues from one of the parts of the state budget." This is harmful primarily to those who make decisions in the economy.

In most countries, the listed types of taxes are contained in one budget. For example, just look, say, at the budget of the United States. Therefore, the expert believes that those who analyze Russia's dependence on oil and gas and take into account the role of raw materials in Russian public finances should be operated on with indicators of the consolidated budget, and not the federal one.

Awara allowed back in December 2014 of the year that the Russian economy is much more diversified and modern than it is thought. The stability of Russia during the period of sanctions and low oil prices has been largely proven. So who harms Russia with the myth of oil dependence?

According to the Finn, the wines of “liberal economists and their media” are here, who “distort” the situation by manipulating export shares and tax revenues from the oil and gas industry in Russia. Hellevig thinks that these people "hate" the raw materials industry, because it "helps to preserve Russia's independence."

According to the analyst, Putin "for many years led the economy" so that the decline in oil prices "did not destroy the country."

We will add a different opinion from ourselves, this year expressed ... V.V. Putin.

The biggest harm for Russia is not the sanctions, but the oil and gas revenues that the Russian government is accustomed to counting, the Russian president said in a January interview with the German edition of Bild.

“With regard to the greatest harm that is being done by the current situation, of course, above all, harm to our economy - this is harm from lower prices for traditional goods of our exports. But in the first and in the second there are negative, but, oddly enough, there are also positive things, ”he said. vestifinance.ru.

“When oil prices are high, it is very difficult for us to keep from using oil revenues for current expenses. And in our opinion, the non-oil and gas deficit has grown to a very dangerous level, ”Putin told the publication. - Now we have to lower it. And it heals. "

And here is the second: “And the second: everything can be bought for petrodollars. And when the income from them is high, then there is a destimulation of their own development, especially in high-tech industries. We are now seeing a decline in GDP by 3,8%, industrial production - by 3,3%, inflation has increased to 12,7%. This is a lot, but at the same time, we maintain a positive balance of foreign trade, and for the first time in many years, our exports of products with high added value have significantly increased. This is definitely a completely positive process within the economy. ”

Thus, V. Putin spoke about the greatest harm to the economy "from lower prices for traditional goods" of Russian exports. “Traditional” is oil and gas. High prices for oil and gas lead to discourage development: “everything can be bought for petrodollars”. That is, and it is harmful. It is clear that a strong dependence on the sale of raw materials, and at the same time on the conjuncture of the world market, harms Russia. It's hard to argue with that.

Hellevig, we recall, believes that the raw materials industry "helps to preserve the independence of Russia."

Probably, Arab monarchies, Qatar or Saudi Arabia, also retain their “independence” in the same way. That's just not clear why they are from 1970's. participate in the petrodollar deal with the United States. Probably for even greater independence.

Only a strong and high-tech country that is able to provide for itself can be truly independent, and not one that pumps out raw materials from the depths and sends to “partners”, and buys American “treasuries” for the money.

As for the “liberal economists and their media” mentioned by Hellevig, aren't the liberals seated by someone in the economic block of the government? An elephant was not noticed, right?

Observed and commented on Oleg Chuvakin
- especially for topwar.ru
Ctrl Enter
Noticed oshЫbku Highlight text and press. Ctrl + Enter
We are
Results of the week. “I will ask the fact of the sale of the Motherland to be recorded in the protocol”Results of the week. "God forbid to see Russian revolt, senseless and merciless!"
Military Reviewin Yandex News
Military Reviewin Google News
182 comments
Information
Dear reader, to leave comments on the publication, you must sign in.