007, how old you are! Or about how the CIA is looking for analysts


007 agent is obsolete: Daesh exposes the naivety of the European secret services

The article states that during not months, but years, Brussels continues to remain in a relaxed state, thinking that the attacks that took place relate only to the so-called. lone wolves, and in no way relate to terrorist cells. The New York Times states that the explosions were not sudden.

“Could we have prevented what happened?” Asks Randolph Ferson, a former CIA analyst for 28 years. Now the writer who published the textbook "Analytical Techniques for the Special Services", argues that analysis is the most important task. Regardless of the language in which the material is presented, it is necessary to study and analyze it, i.e. time to adapt to modern conditions. In recent years, jihadist leaders have begun to think big.

In an interview with the German weekly Der Spiegel terrorism expert Peter Neuman criticizes the lack of anticipation on the part of the special services in relation to simultaneous and well-organized Brussels attacks. He claims that the secret services have never regarded the so-called attacks. lone wolves as part of the strategy. In January, 2015 returned to Europe to those who learned to organize chaos. And it went unnoticed by security professionals. Neuman believes that intelligence agencies should have legitimate ways to gather all possible information related to the attacks. He also admitted that he was not concerned about privacy, if his own security was at risk. Ex-analyst believes that the West is on the path of suffering, adapting to new conditions. Despite the fact that terrorist attacks will occur, and someone will die, the West, as a strong society, must withstand this and move forward in the fight against terrorism.

From myself I want to add that I don’t want to joke in an article on terrorism at all. But ... further in the publication posted an announcement that the CIA invites to work an analyst. The work schedule and salary are indicated, as well as the address of the official site where interested persons can leave their details. 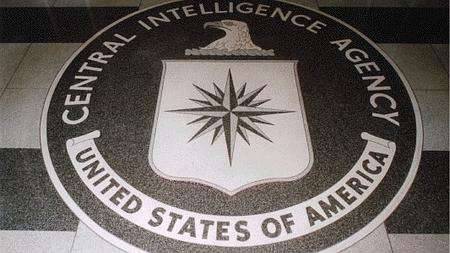 All this could and would have been much more fun, whenever it was so tragic ... If it were not for blood to be shed on the streets of European capitals, the blood of citizens, unprotected by anyone and nothing, is to blame only for the fact that they simply lived. But the sluggish apathy of the special services did not appear right now ... Endless surprise is caused by the pathological degradation of the instinct of self-preservation among Europeans. But still I would like to hope that the sobering up and recovery of amorphous Europe will come. Perhaps, through the grief and suffering that the Europeans have already endured, and then new tragedies will not come to their homes ... And the sooner this happens, the greater the chances of preserving European civilization itself.

I cite some reader comments on the article:
- The CIA lost confidence when it began to finance jihadists. Let them give explanations to the families of those who died in the attacks.
- Hypocrisy, the new world order ... If the Pentagon really had a desire to do away with IS, he would have done it in less than two weeks.
- Our naivety has not changed. Morality in relation to terrorism has become a fashion that drives us into the framework. We confuse Western morality with Eastern, and they are completely different. In war, we respect the rights of our opponents, but new wars of terror without rules and rights, absolutely ruthless to unprotected civilians, must be fought in ways that are adequate to their cruelty. As long as we continue to apply the rights of people to wild animals, we will get nothing but suffering, and we will feel it on our own skins.

Ctrl Enter
Noticed oshЫbku Highlight text and press. Ctrl + Enter
We are
Situational analysis of the death of the MH17 flight (Malaysian Boeing 777), made on the basis of engineering analysis from 15.08.2014The New York Times One-Way Narrative on Ukraine (Consortiumnews.com, USA)
Military Reviewin Yandex News
Military Reviewin Google News
18 comments
Information
Dear reader, to leave comments on the publication, you must sign in.