New turn of the Armenian-Azerbaijani conflict, or When Caucasian wisdom is silent

April 4 2016
149
It is believed that soon, very soon, even large media in the state will simply cease to have enough professional war correspondents to cover all those armed conflicts that are smoldering or already burning on the body of our mortal planet. Military correspondents are working in one hot spot - when another one suddenly breaks out - it seems like you need to send business travelers there, but the third, fourth, fifth are already looming on the horizon. Donbass, Syria, Libya, Turkish Kurdistan ... Afghanistan and Iraq have long turned into an inexhaustible source News with the tags "terrorist attack", "blood", "militants", "military bases", having become terribly familiar to the so-called international community. Where, where is the explosion? - asks the "community". “Ah, again in Baghdad ... How many dead?” “Either 50, or 150 ... Ah, well it’s not interesting ... Not Brussels, after all, not Paris,” the “community” concludes.


Saturday night 2 April - the next not extinguished hot spot manifested itself. With radical enthusiasm, the Armenian and Azerbaijani sides, sacrificing their citizens, began to water each other far from only weapons in the region of the unrecognized Nagorno-Karabakh Republic (NKR). The MLRS, mortars, artillery mounts, Tanksarmy aviation. At the same time, Yerevan and Baku became habitual (and the habit developed over more than a quarter-century newest history confrontation in this region - thanks to the Nobel Peace Prize laureate Mikhail Sergeyevich Gorbachev ...) mutually accuse each other of the fact that it was the opponent who started the fighting, and we, they say, were forced to respond.

The first shots showing shelling showed to the world that, remarkably, representatives of the information agency Reuters. Apparently, today only this (British) media have enough resources to be the first to show the footage of the downed Su-24 in the north of Syria, and the exchange of blows from the Azerbaijani and Armenian sides in Nagorno-Karabakh ... to envy such a vast state of such mass media, but only strange that equally large Western media did not rush to inform the international community, for example, about how the militants of the so-called Islamic State in Pal were defeated world.

However, the selection of reports and the ability of the “resource units” of the same Reuters to be in the right place for Reuters at the right time for him should be left on the conscience of Western “partners”. Now, actually, about the conflict in the NKR and the reactions of individual countries.

With all due respect to the ruling elites of Armenia and Azerbaijan, I would like to say that these tops have a characteristic feature to literally run around the lying rake and each time they hit the handles of these same rakes over their own teeth or forehead, start jogging even more intensely. A sort of military-political masochism with constant claims to the opponent. At the same time, for all those years, during which the Armenian-Azerbaijani conflict in Nagorno-Karabakh was burning (smoldering and flared up again), representatives of these tops at various sites repeatedly met with each other, repeatedly discussed the possibility of de-escalating the conflict, elaborated with the mediation of third countries road maps, but at the same time they were not honored to collect scattered rakes in order not to step on them anymore. Each time the short-term conjuncture brings to naught both the principle of Caucasian wisdom itself and all the efforts that were previously made to resolve a conflict situation.

And it seems that sound thoughts are voiced by the politicians of the two states, but the process is not going further than this.
From the statement of the Ambassador of Azerbaijan to the Russian Federation, Polad Bulbuloglu (citation Vzglyad.az):
It's not about what happened that night, or what happens the other night. The fact is that in this conflict endlessly, even in a more or less peaceful time, civilians are dying, soldiers are killed on both sides. It's time to stop this conflict.

It would seem that hinders? .. Find in yourself wisdom - stop. However, the “rake” again followed in the form of statements about the presence of “occupation troops”, and some semi-interpretative interpretations about the fact that the Russian president expressed concern about the new phase of the escalation of the conflict and called on the parties for prudence.

Polad Bulbuloglu:
In order to resolve the conflict, it is necessary to remove the root cause. And the root cause (consists) in the occupation of Azerbaijani territory by Armenia, and this is an internationally recognized fact. As long as the occupation corps stands on the lands of Azerbaijan, yes, it will continue, no one hides it, until the last Armenian soldier leaves Azerbaijani territory. We have more than once stated on this at all levels. Mr. President stated, the Minister of Foreign Affairs stated, as ambassador I have repeatedly stated. But we are not heard. And if they do not hear, then such events appear. (...)
To express concern (from the Russian side - author's note) is very good, we highly appreciate such concern for us, but we need to resolve the conflict.
In fact, the Azerbaijani ambassador made it clear that Baku is ready to use precisely force against Nagorno-Karabakh in order to liberate this territory from the “Armenian occupation”. It turns out that the political process is once again pushed into the background, and the question will be tried again and again in the language of artillery pieces, tanks and mortars.

The Armenian side declares to this that it will be in arms to protect the interests of the Armenian population, which “the Baku authorities are trying to push artificially into the borders of Azerbaijan”. And he also speaks of international norms (in this case, the right of people to self-determination).

No, it is possible that someone in the countries of the Transcaucasus has such bellicose rhetoric with mutual accusations of either occupying or trying to drive someone somewhere into a violent tide of patriotism, which is fueled by such videos:


... But why such bellicose rhetoric and the actual rejection of a real political dialogue lead, can be seen in the frames, which were shot by representatives of the parties to the conflict in these April days. 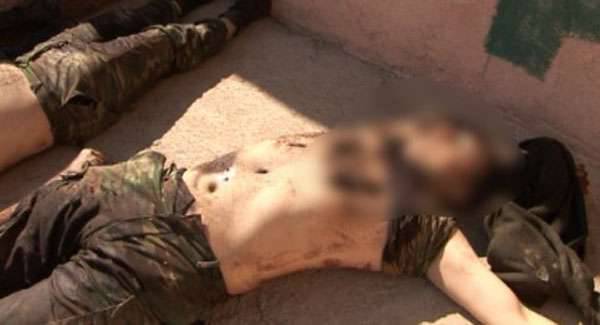 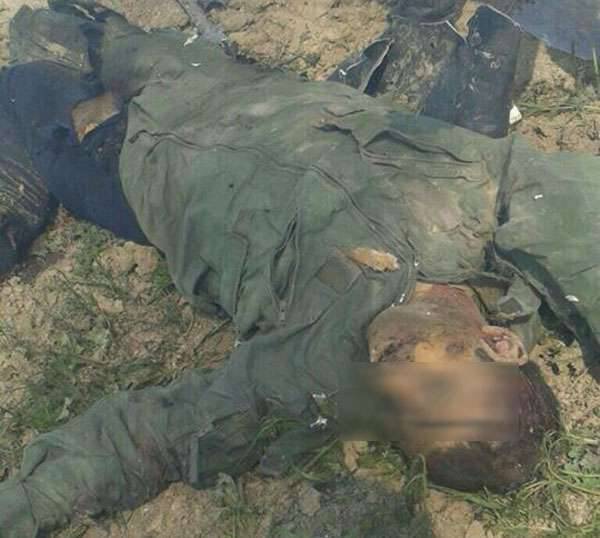 From the official loss reports for 3 April:
The dead from the Azerbaijani side - 12 military personnel, shot down 1 tank, shot down a Mi-24 helicopter, 1 drone.

Photos from the crash site of the downed helicopter: 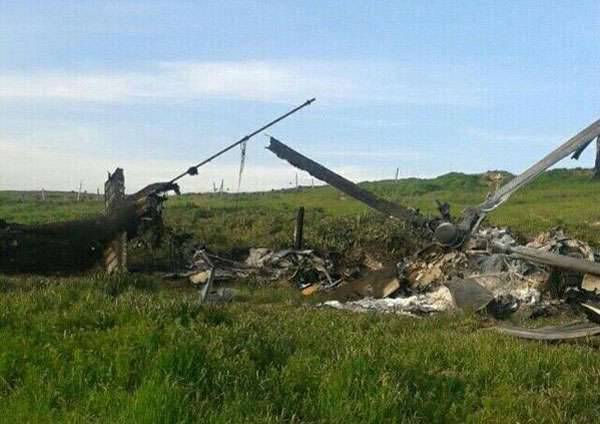 The dead from the Armenian (Nagorno-Karabakh) side - 18 military personnel, 35 injured.

If, however, to get acquainted with the reports in social networks and blogs, the losses of the enemy side "with pleasure" increase significantly. Armenian blogs report about two hundred killed Azerbaijani soldiers, Azerbaijani blogs broadcast that the Armenian side was defeated at several key heights, where "everywhere there are killed Armenian soldiers, of which there are at least a hundred."

In the ultraliberal cozy blobs, predictably, there appeared information that the only country in this world that would benefit from an endless confrontation (and even armed one) between Yerevan and Baku is Russia. They say that Russia, under the roar of the Armenian-Azerbaijani cannonade, will sell weapons to both of them, and even Russia has a military base in Armenia, which “proves” everything, as it were. And also, they say, Russia “does all this,” so that Azerbaijanis, you understand, could not reach the gas pipeline to Erdogan’s estate, so the son of a bitch would know how long Russian hands are ...

Yes, what can I say - well, of course, all this is beneficial only for Russia ... Who else? .. Not Ankara with Washington at the end of the day ... Kindle blood-shedding clashes at their borders with a high probability of extrapolating military operations to the regions Is Russia Beneficial for Russia? Of course ... To provoke a possible influx of refugees into Russia is it profitable for Russia? Of course, profitable ... Give refugees! We want like Merkel! ..
Trying to surround yourself with hotbeds of tension that hinder the development of trade and economic ties with both European and Asian countries - is it beneficial for Russia? Aha Again, understand, profitable. What can I say - and Chechnya at one time, and the breakthrough of militants in Dagestan, and the rampant terrorism in southern Russia (and not only in the south) - all this was beneficial only to us - the Russians ... Well, we are like that, you see masochists, that we set fire to the neighboring houses and with all our hearts we expect that the flame will spread to us. And all the other “partners” are white doves that coo: “Ahhh, again, this Russia is sowing fire at its side”

And now, when Armenians and Azerbaijanis beat each other in Karabakh with a new frenzy, again this clawed Russian paw, which, you know, pushes the gullible Aliyev and Sargsyan to fight. Oh, this Russia ...

Armenian and Azerbaijani friends! Now the question is for you: is it really incomprehensible to you that your historical conflict was at one time used as one of the levers aimed at destabilization in the USSR, and, being guided by the same principles, they are trying to use it now? Is it really not clear that your ambitions are holding like a devil in a snuffbox until the main screenwriter and director comes to mind again to push you with their foreheads with the clear hope that the wave of chaos will again overwhelm the Caucasus? How many such "trees" are you ready to grow on your land? 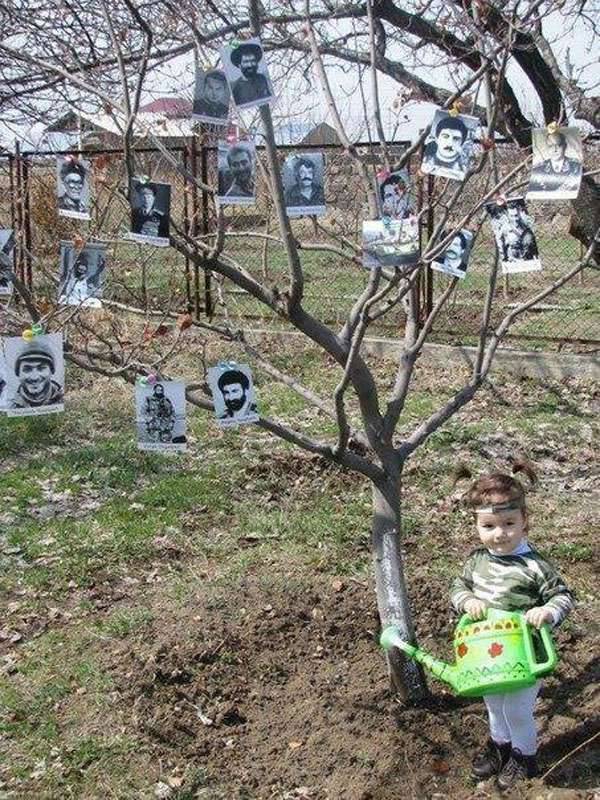 By the end of April 3, the Azerbaijani leadership announced that the Azerbaijani army was ceasing fire unilaterally. From the statement of Baku (quote "Interfax"):
This decision was made taking into account the appeals of international structures and the peace policy pursued by the state. The Azerbaijani armed forces halted the counteroffensive and countermeasures against the enemy and began to strengthen the defense of the liberated territories. In the event that the Armenian armed forces do not abandon their provocative actions and continue shelling residential areas and combat positions, the Azerbaijani Armed Forces will continue offensive operations using all means available in service.

At the same time, servicemen of the army of the unrecognized Nagorno-Karabakh Republic stated that Baku’s words about the cessation of hostilities do not correspond to reality. As a result, an additional information front was opened.

As many times as you like, you can say to each other that "Armenians are occupiers" and "Azerbaijanis are incarnators of genocide", but: a) this will never put an end to the conflict, b) will pour water on the mill to those who see you in a constant war with each other. Or do you really like being turned into pawns in a big and bloody geopolitical game? ..

Ctrl Enter
Noticed oshЫbku Highlight text and press. Ctrl + Enter
We are
Results of the week "I do not need a Turkish coast"Syrian Kurdistan: Will there be peace and freedom?
Military Reviewin Yandex News
Military Reviewin Google News
149 comments
Information
Dear reader, to leave comments on the publication, you must sign in.