April 3 2016
22
Over the past day, the truce regime in Syria was broken 7 times, armed clashes and shelling occurred in the provinces of Aleppo, Lattakia and Damascus, according to the Russian Reconciliation Center in Syria on the website Ministry of Defense of the Russian Federation. 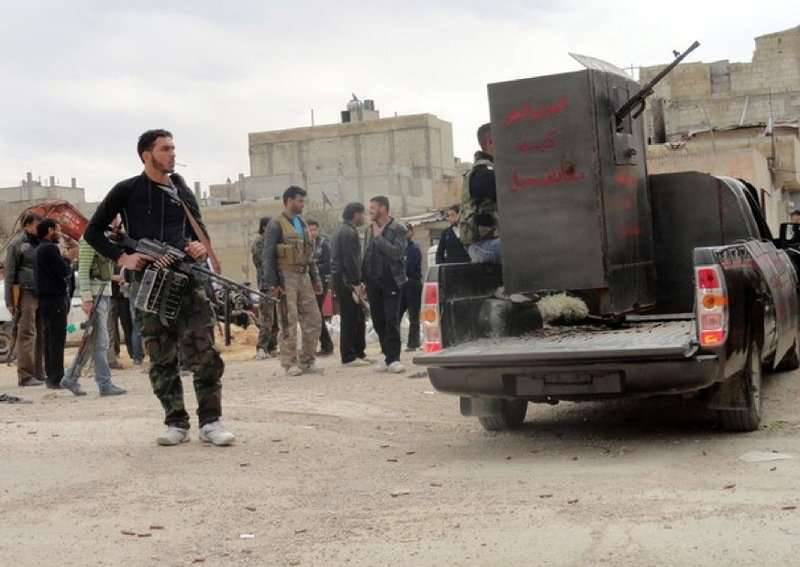 “Militants of the Ahrar Al-Sham group, which classifies itself to the opposition, after shelling homemade MLRS from the Al-Jandul area, attempted an offensive against the Sheikh-Maksud quarter of Aleppo. After a two-hour battle, the attackers retreated to their previous positions. As a result of the provocation, a fighter of the Kurdish people's self-defense unit was killed and 1 civilians were injured, ”
the bulletin says.

In addition, "Ahrar Al-Sham" formations fired at Latakia from mortars and heavy machine guns the positions of government troops in the areas of the Sandran and Mazraat Omaro settlements. "

The continuation of mine clearance in Palmyra has also been reported. “The military personnel of the engineering forces of the armed forces of Syria continue to work on demining facilities and areas in the Palmyra area. In a city liberated from terrorists by Syrian sappers, 1230 mines and improvised explosive devices were neutralized. ”

It is noted that by Saturday, "the number of settlements that joined the reconciliation process increased to 56-ti." At the same time, “the number of formations that have declared their commitment to abide by agreements on the cessation of hostilities remains unchanged - 44”.

Ctrl Enter
Noticed oshЫbku Highlight text and press. Ctrl + Enter
We are
Weekly summary (30 January-5 February) on the military and social situation in the DPR from the military officer "Mag"Reports from the militia of New Russia for 13-14 September 2014 of the year
Military Reviewin Yandex News
Military Reviewin Google News
22 comments
Information
Dear reader, to leave comments on the publication, you must sign in.