Anxious summer 2016. The thoughts of the pressure cooker

April 5 2016
81
Constant communication with people is always helpful. With simple, often not interested in politics, people who are the very people that everyone cares about. The people who are the first to feel the charms of the next reforms, all the burden of the problems that have fallen on the state. 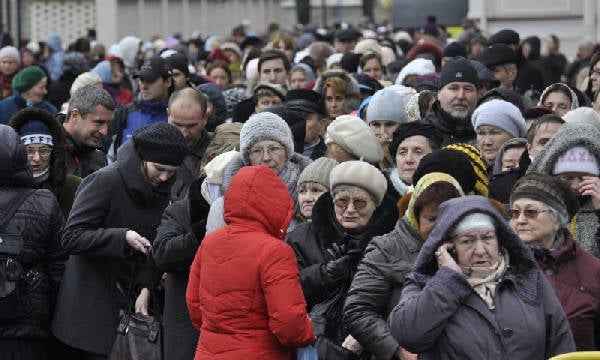 Today I will not write about the situation at all. Global problems arise from small, regional problems. Today, it is about these regional “headaches” that are not so clearly visible in Moscow.

It is no secret that the regions of Russia differ quite sharply in their economic, social, and even political development. There are rich and mostly satisfied regions of life. There are sustainable, "steadily developing." And there are "gonders" in which life seems to have stopped at the end of 90's. Here are the latest for today the most interesting for analysis.

How many Russia exists, so much there is a steady expression "to exile in Siberia." It is clear that today the expression is more an image than a real threat. But the "exiled" once still live in the Ural and Siberian regions. Moreover, they consider their land their homeland. Not "Siblag" or "big Russian prison", namely the Motherland. "I am a Siberian" sounds like a reward today.

There is also the Caucasus. More precisely, some of the republics of this region, where the situation is about the same. With the exception of two significant differences. Still, the Caucasus is closer to the main "bread regions". The outflow of labor from there goes quite actively to Moscow and other rich regions. Enough workers for both migration and domestic needs. And there will be more attention from the government. And that means money for development.

Many readers have noticed the strangeness on the political Olympus of Russia. More recently, the liberals constantly flashed on the TV. More recently, almost every day one of the “fighters against the regime” gave out the terrible “secrets of the Kremlin”. And suddenly...

It seems no one is convicted. There was no repression. Ominous "black crows" did not roll out at night through the city streets in search of another victims. And it's time to start fighting for the Duma seats. And the opposition has evaporated. No her!

It is naive to think that these people have changed their views. These are ideological enemies. Enemies, well mastered the technology of crowd control. Enemies who understand the influence of the media and especially television and the Internet on a person.

Not. They understood that in the current situation, when Russia plays very well in foreign policy, the main battlefield for the people is no longer in the capitals. The main battlefield in the regions. From here we see more familiar “face faces” on regional TV more often. It is here, in the regions, that today they are setting the stage for popular unrest.

Political parties and public organizations of patriots that “thunder” in the center, simply exist in the regions. Such "parties", which really do not know how and do not want to work with people. Enough to throw a dozen leaflets in the mailbox and speak in a regional political program, and all. The established election system itself will ensure the election of the right candidates.

That is why the faith in the deputies and the power in the regions at zero. The Siberian concept that power is far away by itself, and here the "law of the taiga, the prosecutor bear" lives and thrives.

In such an environment it is very easy to create new social movements, new organizations. It is enough to tell people what they want to hear. Not in the camera, but in the face to speak.

Now it is rare to meet a person who would be dissatisfied with Russia's foreign policy. Successes in Syria, and most importantly, the relatively small number of dead, impressed people. "Foreign political patriotism" is beyond praise.

However, more and more voices sound in a completely different direction. Life has become hard! Salaries are cut. People get fired. “Do not like it - leave”, is the most frequently used expression in relations between employers and employees. So what is next? Something here, Putin flawed. Why does Medvedev hold? When will pay attention to the common man?

Today, it is the mood of the majority. And these moods are often fueled by local media. Roads "washed away" spring thaw? Washed away. Instead of asphalt in most Siberian cities, there are excellent testing grounds for vehicles. And who is to blame? The power has given money "svoim". They are boiled. And the money is divided. And try to dissuade people from it.

And such thoughts in any areas of production or service. In medicine, in education. Even in defense plants. And the patriots talk about it. Yes, not liberals, namely patriots. Liberals only “push” thoughts in the direction they want.

It seems to me that the opposition has “very soon left the center”. Just at the moment when there is some "dizziness from success" in the country, according to Stalin's apt expression. Gone and is preparing today regional personnel for the future battle. Today, conditions are being created for the destruction of local political elites. It is precisely the local authorities that are being discredited.

Under the cover of the election campaign, training centers for activists are being created for this struggle. Identify those who are able to lead the crowd. And these people are not so many.

And the most disgusting, the struggle will now be conducted not on a political field, but on an economic one. So, the opposition has chances to win. Look at the example of Ukraine, how it is done. For the third year they have been telling people about the precursor pests that are still the main culprits of the destruction of the state. And the people "eats" deliberate nonsense. Believes.

Why did I write this? Where is the way out? And in the same place where the entrance! We do not have a magic wand to change the economic situation in the regions. The country's budget "suddenly" does not increase. Sanctions have been and will be. Roads "washed off" and will wash off.

Only here it is necessary to talk about it openly. It is time for deputies to raise the backs of the soft seats of the Duma and go "home." In the regions from which they were elected. Although look at "their" voters alive. And meet, meet and meet. Not to send assistants to these "meeting types", but personally. And be responsible for your work personally. And they got used to telling on TV about the projects that "our fraction has prepared." A simple person is deep in your faction ... What do you personally do, that's what's interesting.

And it’s time for the local “kings” not to make weekly television appearances, but to go “to the people”. Our people are well aware of the situation. And ready to "tighten the belt" to the very throat. But for what? Explain! Why in the first news Local media talk about increasing government orders for the plant, and the second about reducing or reducing wages. Why do all the indicators of the region constantly climb up, and the indicator of a person’s own wallet down? Such questions arise a great many in ordinary people.

Particular attention should be paid to "pocket" public organizations. That is financed by local governments or businesses with the filing of the same governments. Stop working for work. If you are a public organization, work for the community. Do not go out with flags for the next event to take photos for the report, but just with people. Feel the mood. Affect the mood. Help the authorities understand people's desires. It was you who were created to be the buffer that "turns the punch into a jerk." Between the people and the government.

And it is time for the government of the country to really pay attention to the depressed regions. Conduct polls, find out the reasons for the weakness of the region. Just money will not solve anything. I often read paradoxical, in particular, for our region, things. The region can not master a certain amount. Is this where 20 thousand rubles is a good salary? Is this where work just physically is not? What prevents? Or who?

There is a constructive opposition. The same "pike", which does not allow the "carp" to nap. And there is one whose task is to destroy the country. Destroy us. Turn into what turned Ukraine. And today these people have led a "struggle" in the economy. They will not fight for seats in parliaments, they will not participate in the elections of heads of regions or cities. They will strongly push people to speak out against the government on the basis of social problems.

Unable to win in the "head", we will beat on the "legs and arms." And they will. And we?

Ctrl Enter
Noticed oshЫbku Highlight text and press. Ctrl + Enter
We are
Situational analysis of the death of the MH17 flight (Malaysian Boeing 777), made on the basis of engineering analysis from 15.08.2014Results of the week. “In our cooperative, the board is always agreed”
Military Reviewin Yandex News
Military Reviewin Google News
81 comment
Information
Dear reader, to leave comments on the publication, you must sign in.