This Russian soldier is a real hero (Boulevard Voltaire, France) 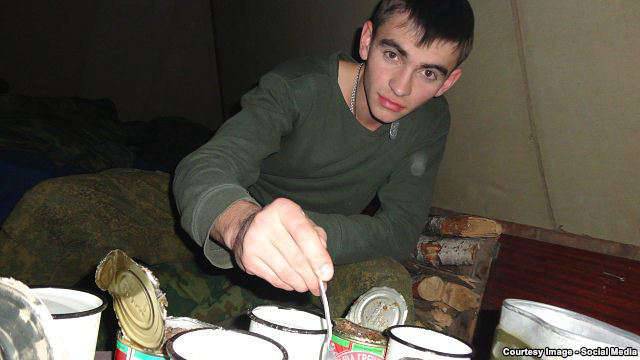 Courage is a very real thing, and not, as many people think, the poetry of Hollywood or the remnant of the Middle Ages.

An officer of the Russian special forces, who was surrounded by terrorists in Palmyra without hope of salvation, gave aviation an order to strike at his position, taking the militants with him to the grave.

It is reasonable to say that this man is a hero. And not the same hero, which we usually see in American films: they light the last cigarette, click Zippo, look thoughtfully at a distant horizon, mumble “Let's meet in hell” under your breath and press a button that blows everything to hell.

But in this case, everything is real. No violins, beautiful phrases and slow motion. The last fight of a young guy who had a whole life ahead of him.

This is the first thing that attracts attention. Courage is a very real thing, and not, as many people think, the poetry of Hollywood or the remnant of the Middle Ages. Here we are talking about real courage, not about what prompted athlete Bruce Jenner to change sex.

Second moment. Russia, with an impressive funeral cortege, service and media attention to the officer’s death, represents a curious contrast with France, where the death of soldiers sent to the hottest spots on the planet receives only a brief mention in the newspapers.

The only source of information for us in this matter is the Russian media, and it may be possible for them to romanticize or embellish history. But if you keep the French press, you might get the impression that no feat of the army of our own country deserves more than two lines.

The last and most important point: now we have an example of what it means to wage a war on terrorism. The terrorists have a real enemy, whose soldiers are ready to kill and even die if they can take with them more opponents.

Now this war has two faces. Mohammed Merah, whose unhealthy smile flickered on all screens after his atrocities. And Alexander Prokhorenko, in whose photographs we see the young man filled with power and pride. Opposite of the semi-literate robber, who considered the highest glory to kill innocent people out of hatred for his country, now stands the silhouette of an 25-year-old guy who sacrificed his time on Earth in honor of his flag in a foreign land.

Ctrl Enter
Noticed oshЫbku Highlight text and press. Ctrl + Enter
We are
About Stalin and KhrushchevWhat you didn't want to know about England
Military Reviewin Yandex News
Military Reviewin Google News
323 comments
Information
Dear reader, to leave comments on the publication, you must sign in.