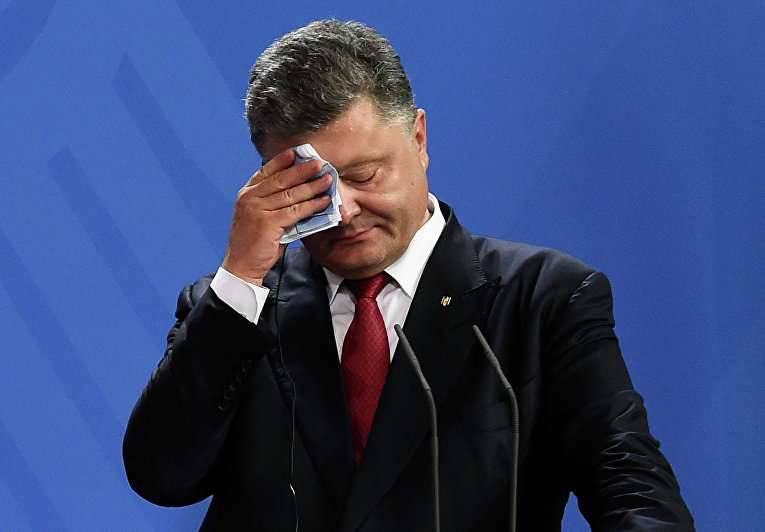 The Ukrainian parliament on Tuesday finally voted for the removal of the odious prosecutor general of the country, Viktor Shokin. The United States and European countries providing assistance to Ukraine have long insisted on his resignation. During his tenure, Shokin became a symbol of corruption deeply rooted in Ukraine, since he did not bring to justice any member of the overthrown Yanukovych regime and the current government, but diligently blocked the efforts of reform-minded deputies. Alas, nothing will change if President Petro Poroshenko and the parliament do not agree on the appointment of true fighters against corruption and do not carry out serious reforms in the judicial system.

Corruption in Ukraine has flourished since the proclamation of independence, fueled by close ties between politicians and oligarchs in a weak justice system. The protests of 2014, which led to the overthrow of President Yanukovych, were mainly caused by the discontent of the people by the enormous corruption and abuse of those in power. However, his removal from power has not yielded results yet.

Speaking last September in Odessa, US Ambassador Jeffrey Payette said that corruption is as dangerous for Ukraine as the support provided by Russia to the rebel movement in the east of the country. During his December visit to Kiev, Vice President Joseph Biden said that corruption "devours Ukraine like a cancer." As an example, Payette cited the arrest imposed in Britain on the illegal accounts of the former Minister of Environment of Ukraine Mykola Zlochevsky (their sum is 23 million dollars). However, the Prosecutor General’s Office stated that the case against the minister was not initiated, and his accounts were unfrozen.

In the last days of his tenure, Shokin dismissed Deputy Prosecutor General David Sakvarelidze, who had previously worked as a prosecutor in Georgia and was promoted to office by President Poroshenko to fight corruption. Shokin had systematically conducted purges in the prosecutor’s office before, freeing himself from reform-oriented prosecutors. Now the duties of the Prosecutor General are performed by the appointee Shokina Yuri Sevruk. It is safe to say that he will continue the practice of Shokin.

Poroshenko, himself a product of the old system, is busy fighting pro-Russian separatists in the east, and he is full of problems associated with increasing political confusion in Kiev, where the government of Arseniy Yatsenyuk hangs in the balance.

It seems that in these circumstances, Poroshenko resigned to corruption, considering that he would have to pay this price in order to save at least some room for maneuver. But the president, the prime minister and the parliament must be made to understand that the International Monetary Fund and donor countries, including the United States, cannot continue to throw money into the swamp of corruption, and that it is time for the government to establish a democratic government that the Ukrainians demand during the protests.

Poroshenko simply cannot allow one of Shokin’s close friends to take his armchair touched by the rot of corruption. He should immediately reinstate Sakvarelidze and begin a broad public discussion about the candidacy of the new prosecutor general, making clear that his task would be to carry out profound reforms with the full support of the government.