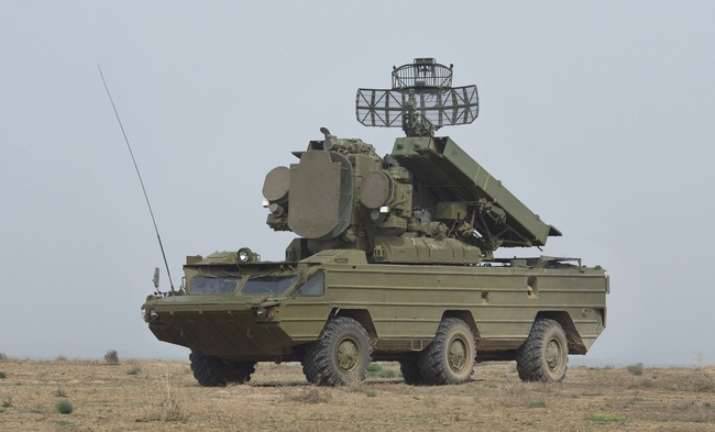 “In violation of the corresponding 29 withdrawal lines in March, the SMM saw one anti-aircraft missile system (9K33, Osa, 210 mm) in the area controlled by the government of Novoaydar (49 kilometer north-west of Luhansk) and one more anti-aircraft missile system (9KUMNUMNUMNX33UMNUMXUMNUMXUMME). "Wasp", 210 mm) near the government-controlled village of Raygorodka (34 kilometer north-west of Luhansk) ",
reported by observers.

The report notes that on the same day, the SMM visited one place of permanent storage of heavy weapons of the self-proclaimed Luhansk People's Republic, and recorded the presence of all the weapons, the withdrawal of which to these storage sites was verified earlier.

Ctrl Enter
Noticed oshЫbku Highlight text and press. Ctrl + Enter
We are
Hypocrisy of the OSCE SMM. The withdrawal of heavy equipment by the armies of the DPR and LPR was called by the head of the OSCE mission in Ukraine "intensified displacement"ZRK C-200 rust in the woods near Moscow
Military Reviewin Yandex News
Military Reviewin Google News
20 comments
Information
Dear reader, to leave comments on the publication, you must sign in.