RTO "Serpukhov" became part of the Russian ships in the Mediterranean


According to the official representative of the Black Sea fleet RF, RTO Serpukhov will carry out tasks in the eastern part of the Mediterranean, periodically going to the Syrian Tartus to supply the Russian Navy with supplies of food, fresh water and fuel.

It should be recalled that the small rocket ship "Green Dol" performed tasks in the waters of the Mediterranean Sea from February 13. Now he went to the permanent station - Sevastopol. It is reported by the news agency TASS. 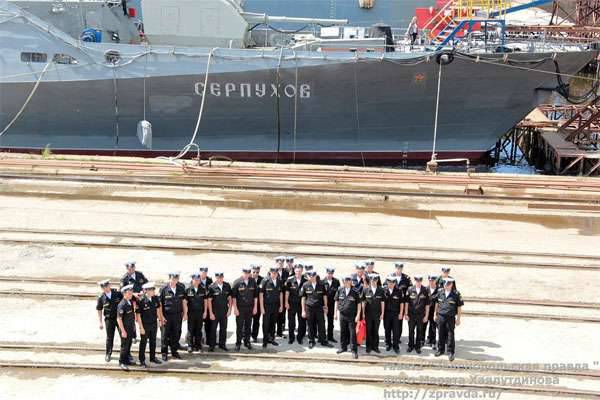 Travel speed - 25 nodes. The displacement is about 950 t. The cruising range is up to 2,5 thousand nautical miles with an average speed of 12 knots. The autonomy of swimming is 10 days. Crew - 36 man. The main missile weapons on board are Caliber cruise missiles.