Fate of Russia or the Secret Millennial Plan

April 2 2016
184
Dear Colleagues! Dear native edition! I have accumulated answers to asked and unasked questions. But this is only between us, not for the metropolitan press. Here you ask yourself, looking at the TV screen: why and for what do we all show this? Why are frank russophobes marching through the streets of Moscow, and glamorous brawlers or just louts are walking in the heroes of the mass media, like Novik’s lawyer, anyone, but not people of high culture and true professionals? And most importantly, does Russia have a “cunning plan” that takes into account all these oddities? 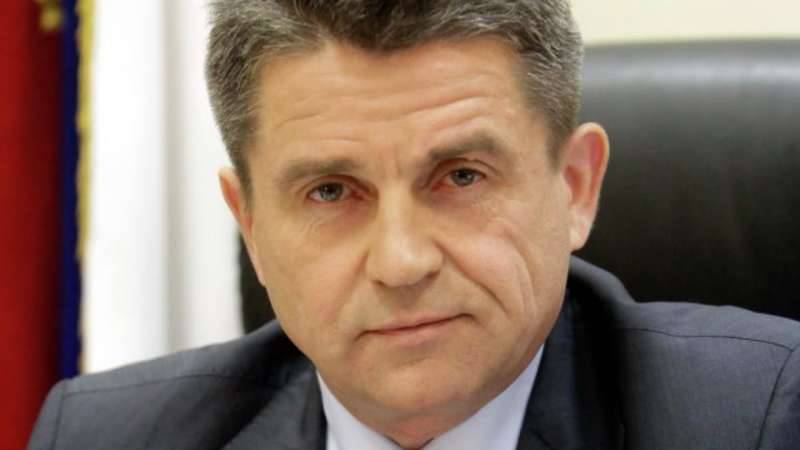 I will open strictly in secret only to my fellow countrymen: there really is such a plan, only the cipher is not HSP, but TTP. All the details are still unknown to us, but in some parts we had to participate.

After the collapse and failure of 90, many people thought: why did this happen? How did we manage to quarrel, dilute and throw all of us? Maybe because everything was too sterile in the Soviet school, in the press, in films, in selected books? All examples are either positive, or strictly the opposite. And when, thanks to the successes of the military-industrial complex, we removed the external threat and the state of the besieged fortress, opened up to the world, then yellow press streams, manipulations, temptations, mental infections, which weakened the whole healthy body, immediately rushed into this window.

Why now, especially after the operation "Krymnash", not to put a barrier and do not tighten the screws, not to forbid outright scoundrels to sneer and crap in our information space? Firstly, there is no need to do them extra advertising, like any "forbidden fruit." But it is more important that everyone, the younger generation, also develops immunity. Moreover, this mental infection is already weakened by us strictly according to the Plan.

"Forewarned is forearmed". Perhaps the Plan worked here too, but until June 2, 2014, it was possible to deceive our people with the alleged good intentions of the Western press. However, there was no louder effect than the friendly silence of all, without exception, the Western media, which did not illuminate in any way the bombing of the Ukrainian Air Force in the center of the peaceful city of Lugansk. Everything! After that, no one but completely stupid can have illusions about a coordinated information war. Now the Western media has transferred to siege and filtering News. By the way, this day, June 2, can now be considered the suicide day of Western journalism as a free profession.

We all know and honor domestic military traditions - how to lure the enemy deep into the territory, and even into the capital, because it is only this way that a complete defeat and elimination of this threat is possible forever. Also in the information war, one has to endure a Russophobic asset on the streets of the capital. But also these professional grant eaters fell into the Plan trap. It is one thing - according to the patterns of the information warriors, to pretend mourning for the “sacred sacrifice” of Nemtsov, but it is quite another to come out in support of the frankly psychopathic killer of journalists Savchenko. Grant-eaters cannot not intervene for it, it is their bread and butter in the framework of the western information warfare in the former Ukraine. But, having supported, each of them "painted himself in colors", brown. Pretending to be protected by “rights and freedoms” will no longer work. “Freedom for murderers” is a completely different opera, not liberal, but Nazi.

Russophobes does not stop even the fact that the leader of the illegal military unit "Aydar", who gave orders to Savchenko, was even brought to justice in Kiev for his "exploits", like dozens of his other accomplices. But the Internet is now forever and remembers everything. The crisis will end, the people will make peace, and personnel services not only in Moscow or Kiev, but also in Europe will be noted in the summary: “Savchenko was most likely supported by problems with an adequate perception of information.”

By the way, Savchenko herself, in spite of her indiscretion, chose the humanism of the Russian order, ran away from reprisals under martial law. In fact, psycho-neurological rehabilitation took place in the FSIN system and is again torn into battle. Of course, justice requires that all 22 of the year be served. But if it helps to pull out good and honest people from Kiev dungeons, then you can go for an exchange. There is only one possibility under the law - to transfer for serving the sentence to the motherland. It is impossible to pardon without admitting guilt and repentance. In any case, pardon is the prerogative of the Russian president, and only he can make such decisions.

Surely in Kiev, contrary to the law and treaties, it will be released "at will." In this case, a new “leader” will appear in the Parliament, at the PACE session and on the sidelines of the European Parliament, and it will be mentally infectious. There and so created a sump of weakly sane Russophobes, and here, due to induction, many will switch the line from dementia to madness. The Russophobic wing of the western system will self-destruct more quickly. The crisis in Kiev will still end with the restoration of the Constitution and the abolition of illegal decisions. So, Savchenko, even in this case, will send his twenty-five grooms in a Ukrainian prison. Only a little patience is needed while time is running.

As for the strange content of our television, so far little can be done except for the support of the Kultura channel. All over the world, advertising oligopoly dictates a set of formats to channels. And without advertising, only for budget money the country would not have been able to develop this tool of influence. Perhaps now, when the reorientation to the domestic market has begun, import substitution, and advertising will also be ours, then television formats will become more natural for our culture.

On the other hand, many western teleformats in our energetic content influence radically. So active people do not watch TV at all, and strange formats keep weird people near the “box”. For example, if a family has an energetic grandmother, she deals with her grandchildren, sings songs with her friends, she herself will not look at strange formats. And if the mother-in-law is in trouble, then maybe it is better for the family if you don’t tear it off from strange programs.

However, the traded TV on the Internet also raises questions: why are there so many moral monsters in social networks, like Savchenko’s advocates? But this is the reverse side of the moral majority, the proof is in fact that normal, good people are 99 percent. It is just that the Internet with its property to approximate and exaggerate is still new. We in the big city see tens of thousands of people out of the corner of our eyes, but our attention will be focused only by the one who ran out naked. In reality, this is rare and punishable, but in the virtuality of patients, the entire head of people is also very small, but they are not afraid, and we also throw references to each other: “look at this ugliness”. Nothing, the tenants of houses near the zoo quickly cease to pay attention to the cries of monkeys. So we will soon stop paying attention to these rare hysterics and idiots.

So that everyone will be convinced that our Plan provides for any trifles, I will reveal another secret. The favorite place of the pro-western Fronde in Moscow is the cafe "Jean-Jacques", named after Rousseau. Now that the regulars have become accustomed to such self-identification, it is time to make the next move — to include the philosopher’s key thoughts and preferences in counter-propaganda. First, the real Jean-Jacques at one time objected to all who called for the imposition of Western standards on Russians. In his opinion, the originality of the Russian civilization will be Russia's best contribution to world culture, not copying the West. And Jean-Jacques, as if it would be clearer to explain to this pretentious public, was married not at all to the capital thing, but to the stern Lyon "vatnitsa". Otherwise, he could hardly maintain the clarity of thought and become a world-famous philosopher.

By the way, one of the main tasks of the information war against Russia is still the same as it was during perestroika: I really want to weaken us, and for this we sow discord, so that the residents of the regions believe that russophobes and loafers are in the capital, and young people in the capital to impose this fashion. In fact, in Moscow, too, for the most part, people from all Russian regions work, like me and my colleagues or our children. And we all also cheer not for the dollar exchange rate for a trip abroad, but for the stability of the ruble for the economic development of the country, including its small homeland, for the fate of our fellow countrymen. And together we will cope with any problems.

The main mystery of our Plan, why no enemies will ever defeat us, is the impossibility to infect our people with dislike for people, neighbors, to ignite a military psychosis or nationalist fervor. Let them not even hope that we will respond symmetrically to the information war, we will begin to lie and manipulate, be rude, degrade. The right, the truth and the willingness to fight for them - this is our main weapon in the war for the trust of all people of goodwill. And let the evil continue to fear us.

And more about the Plan. Only culturally underdeveloped people, like Kiev skakaltsy or their "brothers in mind", can assume that Putin or his "cunning plan" is always to blame for everything. In fact, it is about a completely different thing - the Secret Millennial Plan, which is otherwise called the Fate of Russia.