Media: Indonesia will deploy military aircraft on islands in the South China Sea

April 1 2016
17
The Indonesian government plans to deploy F-16 aircraft on the Banguran archipelago (South China Sea) to deter Chinese “thieves”, reports RIA News the statement of the head of the Ministry of Defense of the country Ryamizard Ryachuda. 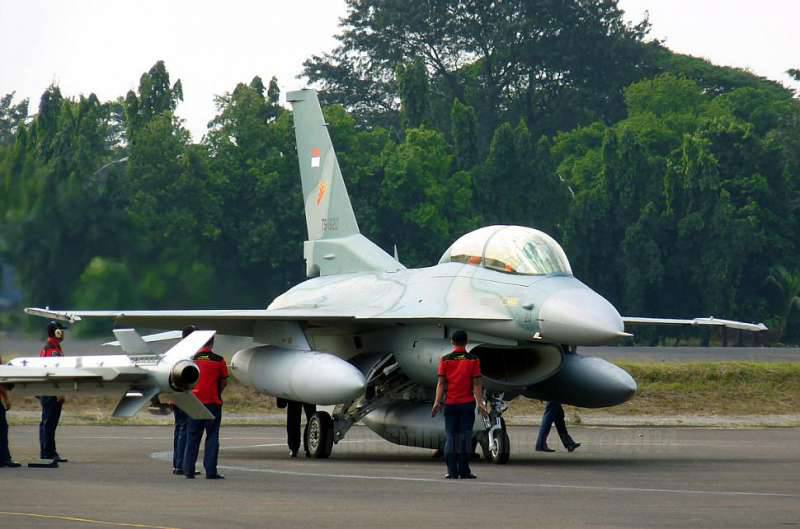 The minister made this statement after 2 weeks "after the clash of the Coast Guard of China with the Indonesian ship in this region," the agency said, citing Bloomberg.

According to Ryachuda, this "step is part of a campaign to increase the military contingent on the islands of the South China Sea, where the runway will be updated and the construction of a new port will be carried out."

He said that the Ministry of Defense "will deploy or have already deployed the naval infantry, special-purpose air force, army battalion, three patrol ships, a new radar system and UAVs."

The publication reminds that Beijing claims a significant part of the South China Sea "and is engaged in territorial disputes with such countries of the region as Brunei, Malaysia, the Philippines, Vietnam and Indonesia."

Ctrl Enter
Noticed oshЫbku Highlight text and press. Ctrl + Enter
We are
The global crisis and the “yellow threat” led to the arms race of the countries of the Asia-Pacific Region. Part of 2Radical update of the Chinese army
Military Reviewin Yandex News
Military Reviewin Google News
17 comments
Ad