Do they devalue the dollar?

April 4 2016
50
In the foreign press leaked information about the "devaluation of the dollar." The decision about this was supposedly taken by the powerful, including Janet Yellen, Jacob Liu, Christine Lagarde, persons from the Japanese and Chinese Central Banks. True, the plan has not been fully implemented. The Daily Reckoning writes about a “secret deal,” which was concluded at the end of February 2016 in Shanghai, and then partially implemented in March. 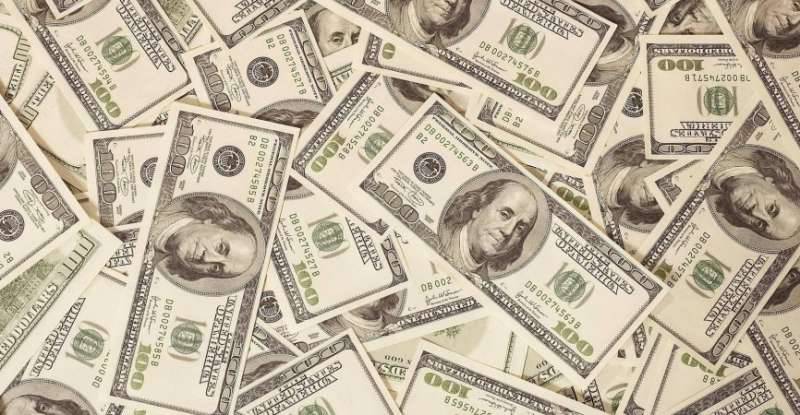 Referring to the source. It is the mentioned newspaper. "The Daily Reckoning", edition existing from 1999 of the year and sticking to directions of "independent financial forecasting".

One of the main authors of the newspaper is James G. Rickards, American lawyer, economist and investment banker with a 35-year experience on Wall Street. This man wrote two books that became bestsellers according to The New York Times: Currency Wars and Death of Money.

This very Rickards told the world about how the powerful people of the world plotted to "shanghai" the dollar. He told about it in the article. "The Dollar Has Been Shanghaied"published 24 March 2016 of the year.

The US dollar "is forced to serve the interests of the world" against the "will of the American people," writes Rickards.

From some "information" the analyst learned that the dollar was "Shanghai" by some representatives of the G20 countries. G20, he recalls, controls the world's monetary system. Collusion of high officials can be the “most important” phenomenon in the development of the financial sector in 2016.

At a secret meeting in Shanghai on February 26, the powerful people decided to "knock out the dollar."

Who was present at the meeting?

The author gives a whole list of names, in the course of the case calling the conspiracy participants "villains" and "currency manipulators." Here and Janet Yellen from the Fed, and Christine Lagarde from the IMF, and Mario Draghi from the ECB and US Treasury Secretary Jacob Lew. There were also guys from central banks and ministries of finance from Japan, China "and other BRICS countries" (not specified).

The main meeting of G20 finance ministers and central bank governors was not at all a secret, the economist notes. On the contrary, it was conducted "with great fanfare and publicity." Thousands of reporters arrived in Shanghai to later give out their reports and analytics.

However, that was the main meeting. The most important conversation was going on behind the scenes. At the so-called side meeting, only people from the United States, some European countries, Japan, and China, as well as an IMF representative, participated. Their meeting was not advertised.

The USA, Europe, Japan and China together give more than 70% of world GDP, the author reminds. The IMF in this kind of secret meetings plays the role of "mediator".

The result of the last "last supper" was "the largest agreement on the devaluation of the dollar" with 1985 year.

Rickards recalls that James Baker (Secretary of the US Treasury under Ronald Reagan) arranged for the devaluation of 85. The dollar rose almost 50% in the period 1980-1985, reaching a record high in 1985. A strong dollar interfered with exports and negatively influenced the number of jobs in the United States.

The devaluation of 1985 was a coordinated decision. The United States, France, West Germany, Japan and the United Kingdom participated in that “deal”. They agreed to weaken the dollar, and they did it all. “It worked,” Rickards writes. - The dollar fell by 30% over the next three years. The US economy opened a second wind ... "

Now the dollar is too high, this is indicated by the main indices for 10 years. It's time to roll it down again.

The thing is that now there are no such smart people in the US government as they worked under Reagan. As the expert notes, such clever men as James Baker, something is not visible. And this time the winner will not be the United States; the winner will go to China. But the losers will be the same as before - Japan and Europe.

The secret deal was approved by 26 February. And at the first opportunity, the central banks that participated in the negotiations should have realized it. Towards the middle of March, the first actions began.

And then there will be “the largest currency manipulation” since 1985, the analyst notes.

What result will see the world? Is the dollar currently falling by 30%, just as it fell after 1985 of the year?

Yes, it can be, says Rickards.

If this happens, he continues, “shock waves” will spread throughout the world, all markets will feel them. US stocks rise, Japanese stocks collapse, gold will rise in price.

So far, no direct devaluations have occurred. The central banks of Japan and Europe did not resort to raising rates, which would lead to the strengthening of the yen and the euro. It was decided to strengthen the currency "by increasing expectations". Players in the markets really thought that the ECB and the Bank of Japan would “deepen the policy of quantitative easing” in the long term.

The March 16 Fed also gave the command to weaken the dollar by “changing expectations”. This is the "easiest form of exposure." It was stated that the rate increase will be slow.

What next? This is another mystery! Another G20 meeting is scheduled for 16 on April 2016. It will be held "on the sidelines of the spring meeting of the IMF in Washington, DC".

Rickards will just be in Washington, and promises to issue a "report from the front line."

He expects the "big four" (Japan, the United States, the eurozone and China) to "leave exchange rates alone for a while." The Quartet wants to evaluate the previous results of the Shanghai agreement before taking further steps. It's all about China: in unstable times, they want to “give a break”.

The Shanghai Accord looks like an intermediate success for the central banks that came together. And this means that the "big four" will want to "try again."

At present, both the yen and the euro are strengthening. The consequences of this for Asia are obvious: with a stronger yen and a weak yuan, Japanese corporations will be “hurt” when exported. Their products will become more expensive for foreign buyers. Japanese transnational corporations will be “bo-bo” even when their foreign earnings are transferred back to the yen. And this is a double problem for the Japanese stock market.

It is difficult to judge whether there was a “conspiracy” in reality, or whether we are dealing with assumptions, and even conspiracy. Probably, after April 16 something may become clear.

In any case, the fall of the US currency on 30% (which Rickards suggests) will certainly not go unnoticed. And it is unlikely that the Japanese would like this “inflexible” change in course, which already has a hard time due to political friction and competition with China. The Chinese who live on exports, like the Japanese, also hardly need a strong weakening of the dollar. This is the weakening of one’s own currency; not so long ago, the Chinese government showed that it was ready for it.

Will the leading states of the world do their best in 2016 for the sake of US interests? Is the world unipolar - or is it still multipolar?

Observed and commented on Oleg Chuvakin
- especially for topwar.ru
Ctrl Enter
Noticed oshЫbku Highlight text and press. Ctrl + Enter
We are
Results of the week. “I will tell you one clever thing! Only you do not be offended! "Preliminary evaluation of the prototype of the unobtrusive Chinese fighter Chengdu J-XX [J-20]
Military Reviewin Yandex News
Military Reviewin Google News
50 comments
Information
Dear reader, to leave comments on the publication, you must sign in.