Emergency situation with An-26 in the Rostov region

March 31 2016
40
Another aviation incident in Rostov-on-Don. This time there was a fire at the An-26 military transport aircraft during a runway run. According to the channel LifeNews, the aircraft crew members heard a loud bang, resembling an explosion, after which the plane was engulfed in flames. Takeoff was immediately terminated. The plane froze on the runway.


Source LifeNews reports that the cause of the cotton in the right engine of the aircraft was probably a malfunction of the fuel system. During takeoff, the An-26 broke off the fuel pipe.

It is reported that a decision has been made to suspend flights of military transport aircraft aviation An-26 and An-30.

At the moment, it is known that the right engine of the aircraft burned down completely. In addition, the aircraft has come off the propeller. No casualties were reported. 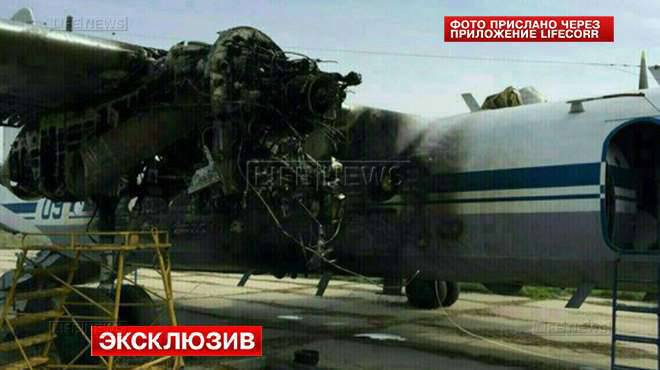 It is noteworthy that the incident took place on March 29, however the first news about what happened in the Rostov region began to arrive only two days later.

Ctrl Enter
Noticed oshЫbku Highlight text and press. Ctrl + Enter
We are
The action “Military service under the contract is your choice!” In Rostov-on-Don: future contract servicemen, exhibitions and “Russian Knights”
Military Reviewin Yandex News
Military Reviewin Google News
40 comments
Information
Dear reader, to leave comments on the publication, you must sign in.