Since the launch of the first artificial satellite of the moon, 50 years have passed

March 31 2016
18
March 31 Day 1966 of the year forever entered into history as another memorable date for the Russian cosmonautics. On this day exactly 50 years ago, the successful launch of the first ever artificial satellite of the Moon took place. In 13: 49: 59 Moscow time, the Molniya-M rocket took off from the Baikonur cosmodrome, which brought the Luna-10 automatic interplanetary station to the Moon. The satellite, equipped with various research equipment, 3 April 1966, successfully entered the lunar orbit.


The station "Luna-10", the mass of which was 248,5 kilogram, worked in the orbit of the moon 56 day. During this time, the satellite managed to make 460 revolutions around the moon and carried out 219 radio sessions with the Earth. During these communication sessions, Soviet scientists obtained information on the magnetic and gravitational fields of the natural satellite of our planet, the magnetic shelf of the Earth, as well as some information about the radioactivity and chemical composition of the lunar surface rocks. 30 May 1966, the automatic interplanetary station "Luna-10" stopped its work, falling on the surface of the moon. The planned flight program of the station "Luna-10" was completed in full.

It is worth noting that the Moon, as the closest celestial body to Earth, has always attracted the eyes of researchers and scientists. Having discovered the way to space, mankind, first of all, concentrated on this natural satellite of our planet. At the same time, interest in the moon did not disappear in the 21st century. Large-scale lunar programs are being worked on today by Roscosmos and CNSA (China National Space Administration). The priority in the development of the moon forever remained with the USSR. In the Soviet Union, the implementation of their lunar program began almost immediately after the successful launch of the first artificial Earth satellite in October 1957. 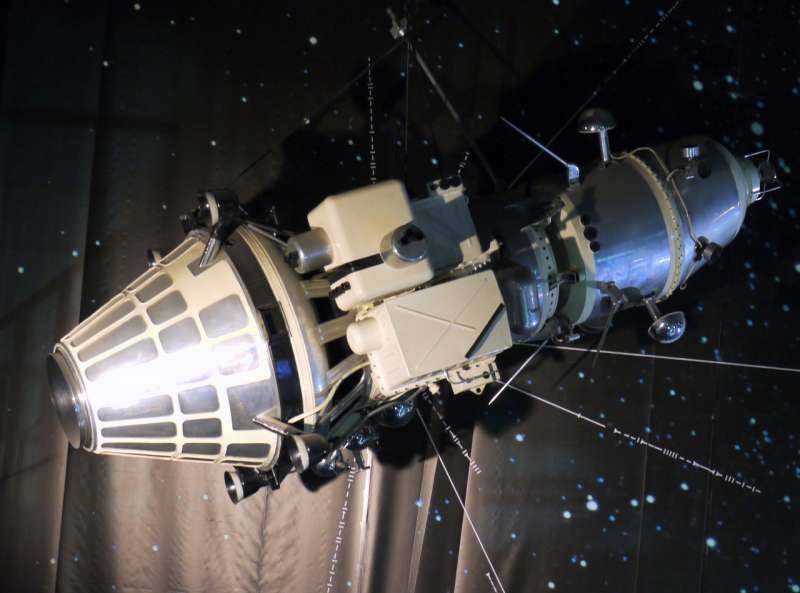 In the USSR, a large-scale research program of the Moon was carried out from 1958 to 1976 year, during these years space launches for various purposes were performed to the Moon. "Moon" - the general name of a series of Soviet automatic interplanetary stations designed to study the moon and outer space. All launches (total 16 successful and 17 unsuccessful launches) were made from the Baikonur cosmodrome. The program was finally curtailed in 1977 — the 34 launch was canceled, as part of this launch, the Lunokhod-3 was to be delivered to the lunar surface.

The Soviet program "Moon" became a kind of impetus for further exploration of deep space. As part of this program, a number of records were set. For example, 2 January 1959, the first spacecraft flying near the moon, became the Soviet automatic interplanetary station "Luna-1", and the first device that reached the surface of the moon, became the station "Luna-2", it was 14 September 1959 of the year (hard landing). The first soft landing on the lunar surface was carried out on 3 on February 1966, by the Luna-9 station, which for three days transmitted images of the lunar surface to Earth.

Preparation and launch of "Moon-10"

It is worth noting that both the Soviet and American lunar programs were accompanied by a large number of difficulties and haste, which led to accidents. Thus, the flight of the automatic station "Luna-10" was preceded by the emergency launch of a similar station, which Soviet engineers developed and manufactured in a record short time - in just 25 days. The launch of this station with the help of the Molniya-M launch vehicle took place on 1 March 1966 of the year in 14 hours 03 minutes 49 seconds Moscow time. The first three stages of the rocket ensured the removal of the head unit, which consisted of a spacecraft and the upper stage “L”, into the reference orbit of an artificial Earth satellite. But this unit did not go to the Earth-Moon site. A loss of stabilization occurred in the area of ​​operation of the upper stage “L” and the automatic station remained in terrestrial orbit, it was assigned the index “Kosmos-111”. As a result, “Luna-10” in a month became its twin station. 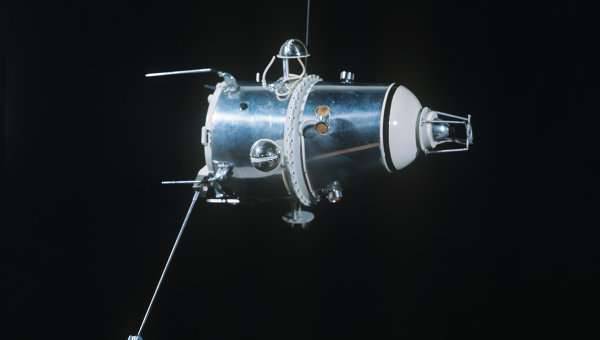 This time, the rush to launch was slightly less; instead of 25, all the 30 days were spent. During this time, it was possible to analyze the reasons for the failure of the first launch. It was possible to establish and quickly eliminate some weak points in the design of the upper stage “L”. As a result, 31 March 1966 of the 13 46 minutes and 59 seconds from the Baikonur cosmodrome launched another Molniya-M rocket, the L-10 space station was located above the three stages of the space launch. Structurally, this station was similar to the station "Luna-9", but instead of the automatic lunar station on the "top ten" was placed detachable sealed container, which was an artificial satellite of the Moon (LIS). Since the Luna-10 did not need equipment and an engine to perform a soft landing on the Moon, the load of the station was increased almost 3 times as compared to the nine. The total mass of spacecraft data was the same - about a kilogram of 1584, but the mass of the stations was different - 248,5 kilogram of Luna-10 versus the entire 100 kilogram of Luna-9.

The day after the launch, April 1, after receiving a command from the Earth, the Luna-10 interplanetary station corrected its orbit and moved to its intended target. Two days later, 3, on April, the braking system was launched on the approach to the natural satellite of our planet for 57 seconds, after which the station successfully entered orbit with a minimum altitude of 350 kilometers and a maximum height of 1016 kilometers. In this orbit, Luna-10 made a complete revolution around the moon in 2 hours 58 minutes 11 seconds. 3 April in 21 hour 45 minutes 39 seconds from the main unit of the station separated her crowning sealed container, which became ISL. This first in the history of the artificial satellite of the Moon made 450 orbits around it, spending days in the lunar orbit of 56.

The design and composition of the equipment "Moon-10"

To launch the Luna-10 interplanetary station, a four-stage medium-class rocket carrier Molniya-M, part of the P-7 launch vehicle family, was used. As a fourth step, the “L” block was used on it, which was the first missile block in the Soviet Union that had the ability to launch in weightlessness. The launch weight of the rocket was 305 tons, length over 43 meters, diameter over 10 meters. Subsequently, the Molniya-M launch vehicle became the main one to create three-stage variants of the Voskhod and Soyuz missiles. It was successfully operated for nearly half a century (the last launch was carried out on 30 on September 2010 of the year from the Plesetsk cosmodrome), after which it was replaced by a more modern Soyuz-2 rocket with the Fregat booster block. 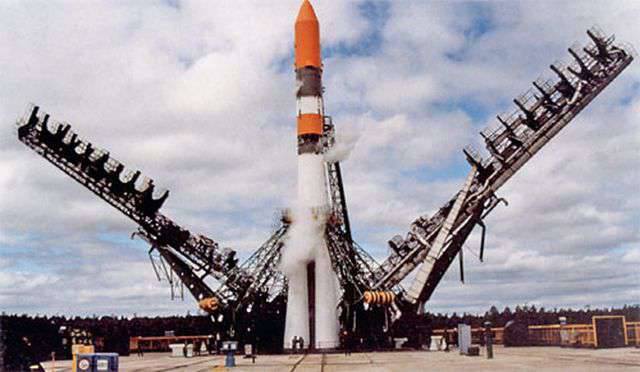 The Luna-10 spacecraft was originally designed to enter the artificial satellite of the Moon and conduct research on both the Moon itself and the near-moon space. In this case, the LIS was made quite simple in design and composition of the equipment installed on board. The orientation system on an artificial satellite was absent, therefore this unit made a non-orientable flight. At the same time, the following were placed in the internal airtight container of the ILS: telemetry equipment designed to collect and transmit scientific and official information to Earth; cattle radio system of meter range and transponder of decimeter range РКС1; software-temporary device; electronic components of scientific instruments, as well as chemical current sources. A fan was turned on in the thermal control system of the sealed container of an artificial satellite, and excess heat was discharged directly through the walls of the container. A magnetometer bar (1,5 meter length), radio complex antennas and sensors onboard scientific instruments were installed on the outside of the satellite. Outwardly, the first artificial satellite of the Moon looked like a small cylinder that was crowned with an unevenly mounted cone with a rounded tip.

The scientific instrument "Moon-10" included: gamma-spectrometer, designed to study the intensity and spectral composition of gamma radiation on the surface of the moon, which characterizes the type of lunar rocks; a device for studying solar plasma - D-153; radiometer SL-1, designed to study the radiation situation near the Earth satellite; a three-component magnetometer SG-59М on a bar with a length of 1,5 meters, designed to study the interplanetary magnetic field and clarify the lower limit of the possible magnetic field of the Earth satellite; Meteoritic particle recorder - РМЧ-1; a device for detecting X-ray fluorescence of the Moon - RFL-1; ID-1 - a device designed to register infrared radiation of the lunar surface, as well as to clarify data on its thermal mode.

Achievements of the "Moon-10"

As noted above, the first in the history of the artificial satellite of the moon spent days in orbit 56, carrying out 219 radio sessions with the Earth. During this time, according to experts, it was possible to fully implement the planned flight program, having received a huge amount of important and very interesting information about the natural satellite of our planet. In particular, it was possible to establish: that the magnetic field of the Moon has, most likely, a solar origin; that in the orbit of the moon the density of meteors is higher than in interplanetary space; that the perturbation of its movement due to the off-centrality of the field of 5-6 is times higher than the perturbations caused by the gravitational effects of the Sun and the Earth. 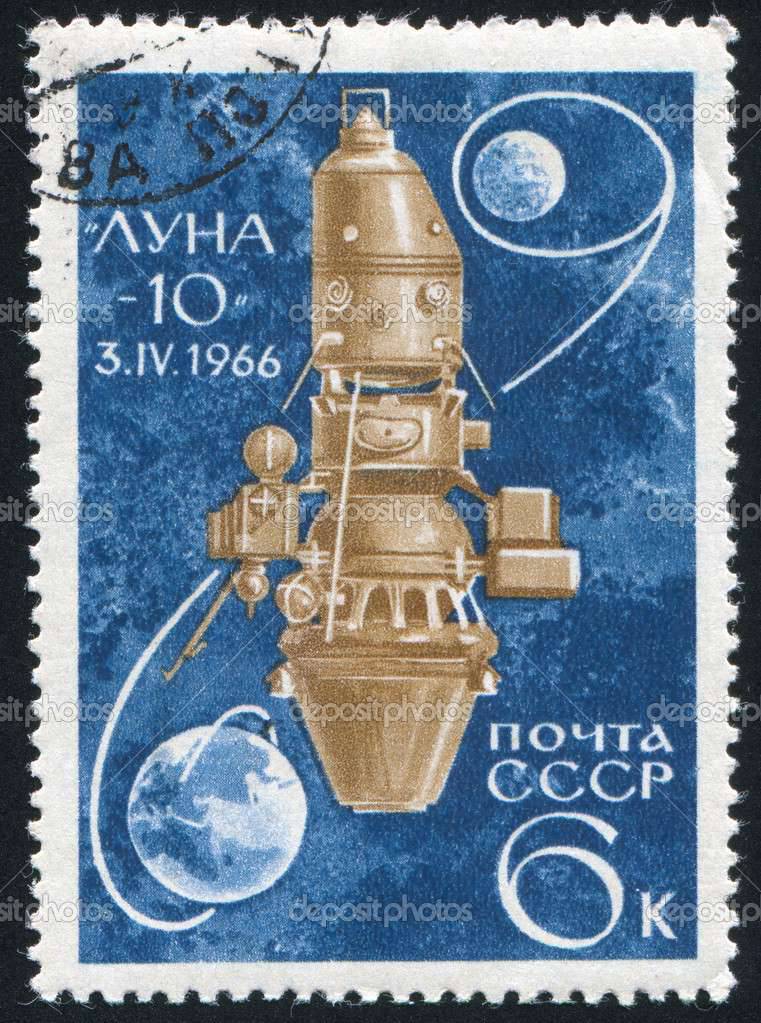 Using the gamma-spectrometry method, it was possible for the first time to measure the content of natural radioactive elements (U, Th, K) and determine the type of rocks that lie on the lunar surface. The presence of unoxidized forms of iron, silicon, and titanium on the surface of regolith particles (surface layer of friable lunar soil) was also detected. In addition, with the help of the “Moon-10” for the first time, it was possible to obtain data on the total chemical composition of the moon by the nature of the gamma radiation of the lunar surface. It turned out that the overall level of this radiation is slightly higher than the level of gamma radiation above the rocks of the earth's crust. The work of ISL also allowed Soviet scientists to conclude that the moon had no radiation belts.

The flight of the Luna-10 station was another achievement of the Soviet Union in the space race, becoming an additional confirmation that the country is capable of unique space achievements. According to the results of the flight of the "Moon-10" FAI (International aviation Federation) officially registered the priority scientific and technical achievements of the Soviet station:
- launching an artificial satellite of the Moon into orbit;
- for the first time in the world conducted scientific and technical research and measurements using an automatic station, which was launched into the lunar orbit.

Ctrl Enter
Noticed oshЫbku Highlight text and press. Ctrl + Enter
We are
China is getting closer to landing on the moonAnother satellite crashed without reaching the specified orbit
Military Reviewin Yandex News
Military Reviewin Google News
18 comments
Information
Dear reader, to leave comments on the publication, you must sign in.