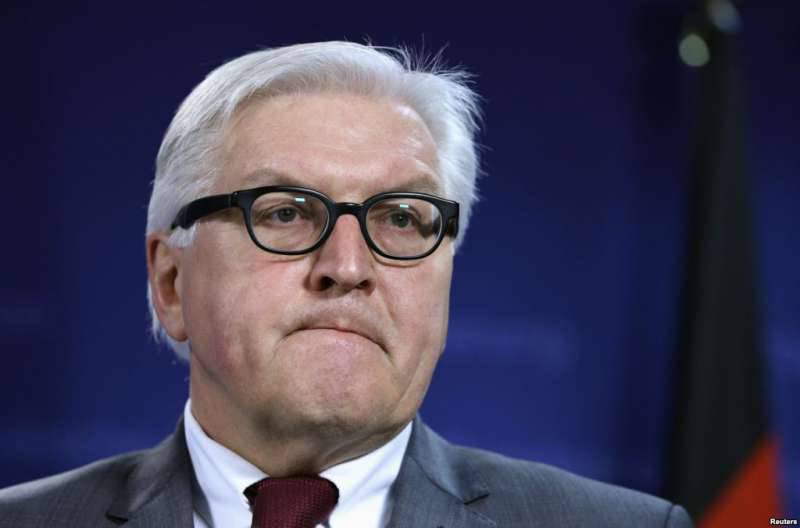 If all conspiracy theorists “analyzed” the actions of the American administration with the same biased exactingness as the actions of the Kremlin, the phrase “Obama merged” would be the softest formulation suitable for describing reality. However, critics of Russian politics from “patriotic” positions will argue that the “weak Putin” gave way to the “partners” even at the moment when the tricolor will develop over the Washington Capitol, and in the Oval Office the United Nations will accept the full and unconditional surrender of the United States.

Reality, of course, is much more complicated, more dangerous and ambiguous than the above described joyful picture. But, if there are “social activists” who manage to suspect the Kremlin in capitulation, then by applying the same measure to the White House, we will see that in comparison with Washington politicians in Moscow is just an example of perseverance, courage and success.

What have we seen in the last two days?

Kerry, Secretary of State, arrived in Moscow on a two-day visit. To discuss the issues of appeasement of Syria. There, Russia promised to start shooting the violators of the truce unilaterally (the Geneva agreements give Moscow the right), gently hinting that the United States does not want to act in concert. I suspect that Washington had every reason to get nervous, because by chance it so happened that all the violators of the truce were American customers from among the “constructive terrorists.”

The Secretary of State is also concerned about the explosions in Brussels. Here, however, Moscow can only help with a kind word, but the United States would clearly not mind convincing Russia to engage in a full-scale war with some Taliban or Al Qaeda. You never know there are terrorists in the world, except for those who have failed in the task in Syria.

And only Ukraine, Donbass, the Minsk agreements, contrary to custom, did not care at all about the head of American foreign policy. This is all the more strange because at the same time the German Foreign Minister, a great friend of the United States, Franz-Walter Steinmeier, was at the same time in Moscow. The same person whose signature flaunts not only under the guarantees of the Minsk agreements, but also under the guarantees given by 21 February 2014 to Yanukovych by international mediators, who solemnly assured that as soon as the security forces leave the center of Kiev and disperse to their places of permanent deployment, the Maidan immediately without noise and dust will dissolve in time and space.

Then Steinmeier was the main guarantor of compliance with the agreement. Still, he is a former vice-chancellor and minister of foreign affairs of the whole Germany, on the financial and economic power of which the EU rests, and not some Sikorski, representing Poland who lived in debt, and not a minor diplomat who witnessed Yanukovych’s deal with the opposition on behalf of France.

Yanukovych (in those rare moments when he manages to talk with the press that has long lost interest in him) still wonders how little Steinmeier’s guarantees, which have not lived a day, meant a little. If the last legitimate president of Ukraine had not guessed in time to escape, he himself would have lived no longer than these guarantees.

It seems that now the same fate awaits the Minsk agreement. In any case, as mentioned above, Secretary of State Kerry has lost interest in them so much that despite the most outspoken hints of Steinmeier, who stated in plain language on the eve of his visit to Moscow, he would be glad to meet with Russian Foreign Minister Sergei Lavrov not out of touch and, in the presence of a senior American comrade, just as unequivocally and publicly stated that he had his own program and he would communicate with Lavrov without a German colleague.

It is clearer to make it clear that the US is willing to put the Ukrainian crisis behind the brackets of its talks with Russia on topical global issues, it is impossible. America is worried about the Middle East, and Germany can deal with Ukraine on its own. And Berlin is not only abandoned by Washington. France, Germany’s partner in the EU and an ally in the Norman and Minsk formats, was also too concerned about its own problems. Her foreign minister Steinmeier did not make up.

Why is Paris and Washington so frankly distancing themselves from Ukraine? And why continues to flounder in the dregs of Kiev politics Berlin?

The West finally understood two things. First, Kiev is unable and unwilling to not only strictly and timely fulfill the Minsk agreements (despite, by the way, direct and public recommendations made in October 2015 by German Federal Chancellor Angela Merkel, French President Francois Hollande and unequivocally supported by the Vice President US Joseph Robinett Biden, during his speech in the Verkhovna Rada of Ukraine in December of the same year), but even to imitate their implementation (to give their Western allies at least some space for maneuver). With simplicity, which is worse than theft, Kiev politicians frankly declare that they wanted to spit on their own obligations, and on Western guarantees. The West should help them to destroy Russia, and then at least the grass does not grow.

Secondly, Kiev, living according to the principle “after us even a flood”, practically waited for this very “flood”. Power almost lost control of the country, and the transformation of Bandera into Makhnovshchina became a matter of time, not of principle. Who will take the last legs from Ukraine, he will be responsible for everything. The latter clears the table and washes the dishes, but in this case it is also necessary to endure the corpses.

Washington granted the honorary right to be the last in Ukraine to the European Union. France, which never plunged into Ukrainian problems too deeply and whose situation in Kiev has little effect on its domestic policy, also washed its hands, leaving Germany to clear up this mess (in which the German politicians, including the Federal Chancellor, were directly and directly involved) alone.

Germany, desperate to get at least some kind of constructive force from Ukraine, tried to persuade the Kremlin to solve German problems at the expense of Donbass. Suppose, they say, the DPR / LPR will pretend that Ukraine has at least done something, and will hold elections in the format in which Kiev wants. At the same time, the German politicians brought the situation in Ukraine into such a panicky state that they, like the Russian supporters of conspiracy theories, believed in the Kremlin’s omnipotence and did not want to understand or even assume that Russia's influence on the people's republics was not infinite, and even if Moscow itself at the expense of rushing to save Merkel’s and Steinmeier’s careers at the expense of the lives of millions of Russians in Donbass, this does not mean that the people and the armies of the DPR / LPR would agree with this, peacefully and indifferently going to the slaughterhouse.

Berlin needs progress in resolving the Ukrainian crisis. At least formal progress. Progress at any cost. Let more rivers of blood be shed, if only a pair of elderly German politicians could save face and stay in power for another term after the elections of September 2017 of the year.

Germany needs progress so much that it did not hesitate to be left alone in the combination of a brothel with a plague barrack, which is called the Ukrainian state. France, the United States - all those who could, left and pretend that they were not even there.

Russia (Gryzlov) and the DPR (Pushilin) ​​openly mock hapless Germans, openly explaining to them that they have nothing against, as Mr. Steinmeier asks, to hold elections by July 2016, but Ukraine itself refuses.

And it is true. The whole paradox is that even if the DPR / LNR declares its readiness to hold elections according to Ukrainian laws and closes its eyes to the sabotage of the Minsk process in Kiev, the latter will still not be able and willing to participate in it. Kiev does not need peace, even at the price of complete surrender of Donbass. Kiev needs to kill everyone, preferably up to Kamchatka.

If this were possible, not only Steinmeier would have agreed with such a plan, but Kerry would have helped to implement it. But Ukraine cannot kill everyone, even in those territories of the people's republics that are under its temporary control. This is a failed state. She is incapacitated. Her power is fiction. She has nothing to talk about.

This is the main problem of Germany and Steinmeier personally. They thought that in Kiev they were responsible partners, and there they were only “a cigarette of squash”. Germany is at a dead end. And this is not a stalemate, when just walk nowhere. This is zugzwang when every next move worsens the situation. And the way out of this zugzwang will be drawn only when the team of killer clowns, calling themselves the Ukrainian authorities, will leave the unfortunate country and will move (who will be taken) to the court in The Hague.