Union of the Russian people

April 3 2016
54
The Union of the Russian People (NRC), one of the largest national-monarchist parties of a conservative nature, emerged in November 1905, largely as a reaction to the emergence of liberal and radical left-wing political parties in Russia, which set the task of changing the state system. 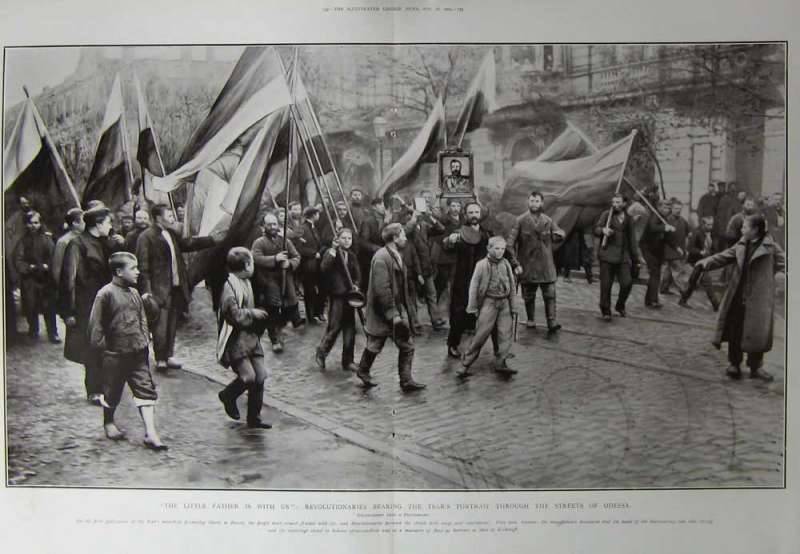 In November, the First Constituent Congress of the Union was held in St. Petersburg and the governing bodies were formed, including the Main Council, the chairman of which elected the famous Russian pediatrician, Doctor of Medicine Alexander Dubrovin. Initially, the Main Council consisted of 30 members, among which were a large Bessarabian landowner, state councilor Vladimir Purishkevich, editor of the Moscow Gazette Vladimir Gringmut, a rich Kursk landowner, state councilor Nikolay Markov, who was called the Copper Horseman for a startling resemblance to Peter I , an outstanding philologist, academician Alexander Sobolevsky, a well-known historian and author of brilliant high school textbooks in Russian stories Professor Dmitry Ilovaisky and others. The central print organ of the party was the newspaper "Russian Flag", the publisher of which was Dubrovin himself. 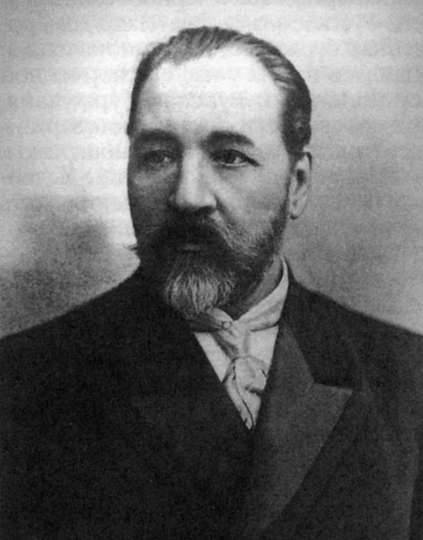 Alexander Dubrovin
In August, the 1906 Party’s Main Council approved the party regulations and adopted the party’s program, the ideological basis of which was the “theory of official nationality”, developed by Count Sergei Uvarov back in 1830, “autocracy, Orthodoxy, nationality”. The basic software installations of the NRC included the following provisions:

At the same time, under the auspices of the party, the wide popular movement “The Black Hundred” was created, which was originally led by Gringmouth. By the way, the ancient form of Russian communal (rural and town) self-government in the form of a hundred-member organization was taken as the basis for this organization. And the name “Black Hundred” itself stemmed from the fact that all rural and posad communities in Russia were tax-paying, i.e. "Black", hundreds. By the way, it was these “black hundreds” that formed the backbone of the famous Second Militia of Kozma Minin and Prince Dmitry Pozharsky, who saved the country in 1612 year.

Soon, sharp contradictions began to grow among the leaders of the NRF. In particular, a comrade (deputy) of the Chairman of the Main Council Purishkevich, who had an extraordinary charisma, began gradually to push Dubrovin into the background. Therefore, in July 1907, the II Congress of the Union of the Russian People was urgently convened in Moscow, at which Dubrovin supporters adopted a resolution against Purishkevich’s irrepressible arbitrariness, which he resigned from the party in protest against this decision. However, the story did not end and was further developed at the III NRC Congress, held in February 1908 in St. Petersburg. This time, a group of eminent monarchists, dissatisfied with the policies of Alexander Dubrovin, complained to a member of the Main Council, Count Alexei Konovnitsyn, which led to a new split not only in the central leadership itself, but also in its regional departments: Moscow, Kiev, Odessa and others. As a result, in November, 1908-th Purishkevich and his supporters, including the Rector of the Moscow Theological Academy, Anthony Volynsky, the Tomsk Archbishop Pitirim and the Tambov Bishop Innokentiy, who left the NRC, created the new organization, the Russian Armedgel Union of the People. 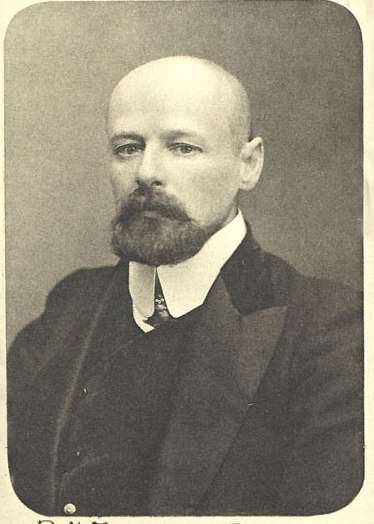 Vladimir Purishkevich
Meanwhile, the situation inside the SNR continued to worsen, which led to a new split in the party. Now the "stumbling block" was the attitude to the State Duma and the Manifesto of October 17. The leader of the NRC Dubrovin was an ardent opponent of any innovations, believed that any limitation of autocratic power would bring extremely negative consequences for Russia, while another prominent monarchist Nikolai Markov believed that the Manifesto and the State Duma were created by the sovereign’s will, and therefore, the duty of every true a monarchist does not argue about this, but obey the will of the monarch.

According to a number of modern historians, this development was possible because Prime Minister Pyotr Stolypin was personally interested in weakening the NRC, who was trying to create a centrist majority loyal to the government in the III State Duma consisting of moderate nationalists and constitutionalists (Octobrists, progressives and part of the Cadets) ). One of the main obstacles to the implementation of this plan was the NRC, since both Dubrovin himself and his supporters were extremely negative about all the “three whales” of Stolypin’s domestic policy:

1) they did not accept his flirting with constitutional parliamentary parties and subjected to merciless criticism the main "governmental" party - the All-Russian National Union;
2) was absolutely unacceptable for them to turn Russia into a constitutional monarchy by transforming the State Duma and the State Council into real legislative authorities, and they demanded the restoration of unlimited autocracy;
3) finally, they were opposed to the destruction of the peasant land community and all Stolypin's agrarian reforms. 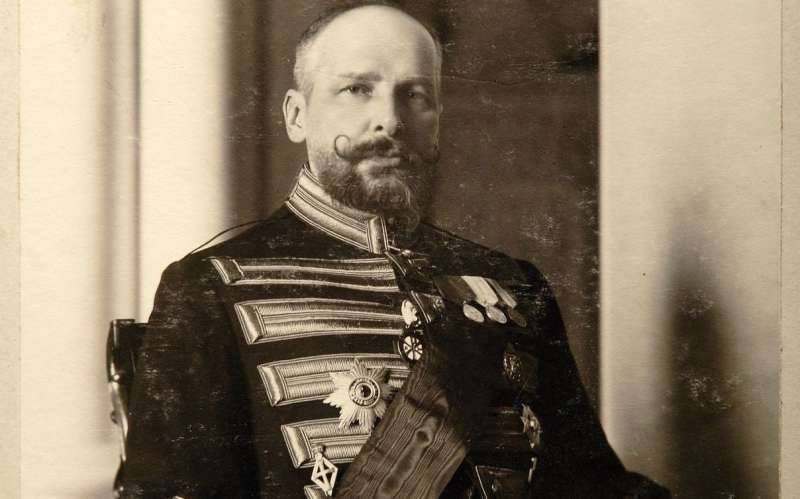 Peter Stolypin
In December, 1909, while the leader of the NRC was on treatment in Yalta, a “quiet coup” took place in St. Petersburg and his new deputy Count Emanuel Konovnitsyn came to power. Dubrovin received a proposal to limit his power as honorary chairman and founder of the NRC, with which he categorically disagreed. However, he could not regain his former influence in the party, and in 1911 she finally split into the Union of the Russian People, led by Markov, who began to publish the newspaper Zemshchina and the magazine Vestnik Union of the Russian People, and All-Russia Dubrovino Union of the Russian People ”headed by Dubrovin, whose main mouthpiece remained the newspaper“ Russian Flag ”. Thus, Stolypin’s policy on the NRC led to the fact that from the most powerful and numerous party, in the ranks of which numbered 400 000 members, it turned into a conglomerate of various political organizations whose leaders suspected each other of secret intrigues and constantly quarreled with each other . It is no coincidence that the former Odessa mayor, General Ivan Tolmachyov, in December 1911 of the year wrote bitterly: “I am depressed by the thought of the complete disintegration of the Right. Stolypin has reached his goal, we are reaping the fruits of his policy now, everyone is up against each other. ”

Later, in the public consciousness, the false bloodthirsty image of the Union of the Russian People and the Black Hundreds, which still forms a negative attitude towards the entire Russian patriotic camp, was quite fundamentally formed. The main features of this demonized image were that it was Russian monarchist parties:

1) were marginal organizations that were very often made up of lumpen and urban madmen;
2) was used by reactionary circles for their narrow class selfish interests;
3) were the organizers of mass Jewish pogroms and did not shun the massacre of their political opponents.

Meanwhile, there were only three political murders on the conscience of the “Black Hundreds”, while tens of thousands were on the consciences of the left radicals. Suffice it to say that, according to the latest data of the modern American researcher Anna Geifman, the author of the first special monograph “Revolutionary Terror in Russia in 1894 – 1917” (1997), the victims of the “Combat Organization of the Social Revolutionaries” in 1901 – 1911 were over 17 000 people , including 3 Minister (Nikolai Bogolepov, Dmitry Sipagin, Vyacheslav Pleve), 7 governors (Grand Duke Sergei Alexandrovich, Nikolai Bogdanovich, Pavel Sleptsov, Sergei Khvostov, Konstantin Starynkevich, Ivan Blok, Nikolai Litvinov). 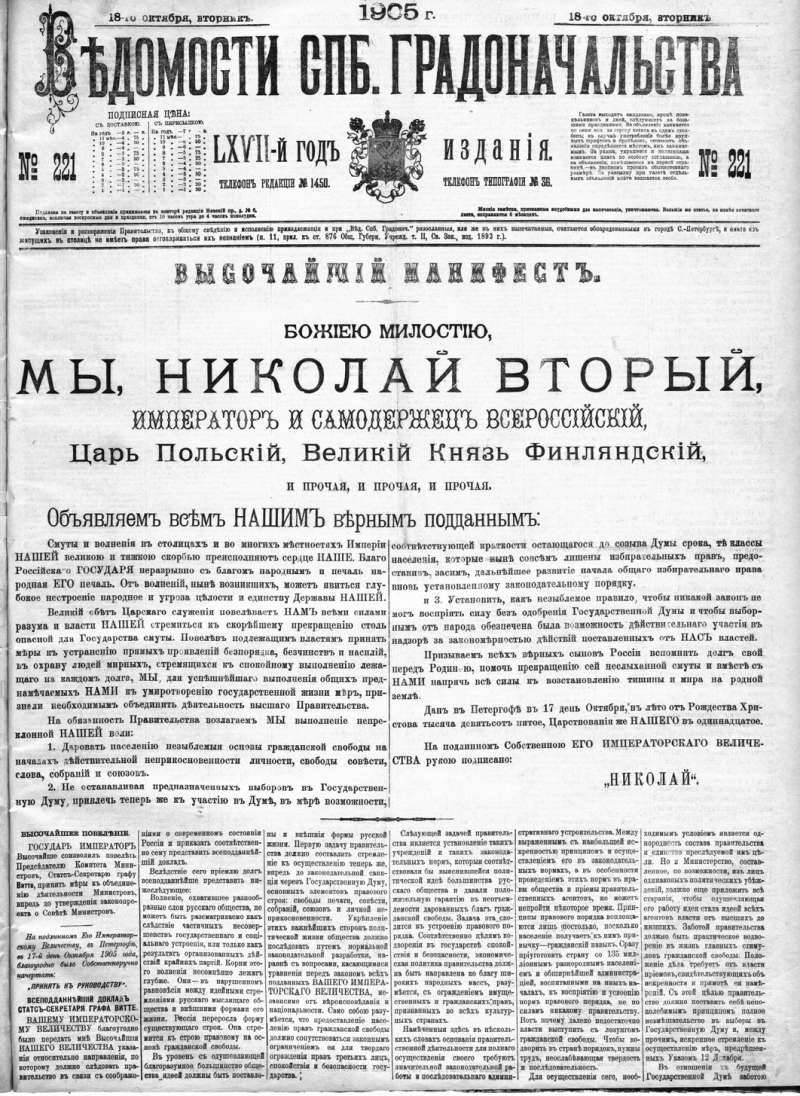 It’s ridiculous to speak about the low intellectual level of Russian Black-Hundreds, since such great Russian scientists and Russian cultural figures as chemist Dmitry Mendeleev, philologist Alex Sobolevsky, historians Dmitry Ilovaisky and Ivan Zabelin, artists Mikhail Nesterov and Apollinary Vasnetsov, were among the members and supporters of this movement. and many others.

Historians and political scientists have long been asked a sacramental question: why did the collapse of the NRC and other patriotic parties? To some, the answer may seem paradoxical, but it was Russian Black Hundreds that was the first real attempt to build in the Russian Empire what is now called “civil society”. But this turned out to be absolutely not necessary for either the imperial bureaucracy, nor the radical revolutionaries, nor the liberal liberals of all stripes. The Black Hundred should be stopped immediately, and it was stopped. After all, it is not by chance that the most astute politician of that time, Vladimir Ulyanov (Lenin), with great apprehension, but with amazing frankness, wrote: “In our Black Hundreds there is one extremely original and extremely important feature, which has received insufficient attention. This is the dark peasant democracy, the roughest, but also the deepest. ”

Ctrl Enter
Noticed oshЫbku Highlight text and press. Ctrl + Enter
We are
“Real Copper Age” or from the old paradigm to the new (part of 3)The liberation of Vienna by Soviet troops is one of the most brilliant operations of the Great War.
Military Reviewin Yandex News
Military Reviewin Google News
54 comments
Information
Dear reader, to leave comments on the publication, you must sign in.