Who do professors and universities interfere with? Risks of "optimization" of education for the Russian state

March 31 2016
95
The situation in the Russian higher education system continues to be quite tense. Recently, a number of media outlets reported on upcoming cuts in the RSUH - the Russian State University for the Humanities. The RSUH is one of the leading Russian universities of its kind. It was created in 1991 on the basis of the Moscow Historical and Archival Institute, and its история goes back to the pre-revolutionary past of our country. In 1908, in Moscow, the A. L. Shanyavsky Moscow City National University was established. It was a non-state municipal institution of higher education with two departments - popular science and academic. Then, after the revolution, the Y.M. Sverdlov Communist University was established, and in 1930 the Moscow Institute of History and Archives was established. Future specialists in various fields of humanitarian knowledge — international relations, documentation and archival studies, history, cultural studies, African studies and oriental studies, philosophy, philology, sociology, political science, journalism, and so on — are currently being educated at the RSUH.


29 March 2016 Vsevolod Lazutin, associate professor at the Department of Theoretical and Historical Poetics of the Institute of Philology and History of the RSUH, wrote: , Vladimir Antonovich Dybo. As I understand it, the position of professor-consultant they occupied has been optimized. ” The professors listed are distinguished employees of higher education, excellent specialists in their fields. Naturally, the rumors about their dismissal soon agitated the Russian Internet. Note that in February 2016, Yevgeny Ivakhnenko was elected to the post of rector of the RSUH. He is known as an expert in the fields of social epistemology, systems theory of communication, philosophy of science and philosophy of education. By the way, Ivakhnenko’s first education was a military one, in 1979 he graduated from the Kamyshin Higher Military Engineering School, but nine years later he received a second degree in philosophy. In 2000, Yevgeny Ivakhnenko defended his doctoral dissertation on the topic “The main confrontations of Russian religious-philosophical and political movements of the 11th-20th centuries.” 3 March 2016 Yevgeny Ivakhnenko was approved as the rector of the RSUH.

Evgeny Ivakhnenko chose to refute the information about the dismissal of leading professors of the RSUH. According to the rector, consulting professors will remain in their places under the same conditions. Meanwhile, already on March 30, the Minister of Education and Science of the Russian Federation, Dmitry Livanov, responded to the spread information about the dismissal of professors. According to the minister, there is no reason for the faculty to be reduced in the university, moreover, it is important for the university not only to preserve, but also to increase its personnel potential.

Whatever it was, but the real situation in the field of higher education can not but alarm people associated with working in Russian universities. Despite repeated statements that no reductions are planned in Russian universities, then from one or other higher education institutions information is received about so-called “optimization”. So, in the winter of 2016, it became known about the planned “optimization” at the Southern Federal University. Created as a result of the unification of the Rostov State University, the Rostov State Pedagogical University, and a number of other universities in Rostov-on-Don and the Rostov Region, the Southern Federal University is considered one of the key universities in the South of Russia. For at least the entire 2015, Russian mass media have repeatedly published materials about upcoming cuts at Southern Federal University. In the end, the rector of the SFU, Marina Borovskaya, was even forced to put together a special press conference on the optimization of the university's personnel policy. According to the rector, about any reductions of hundreds of teachers we are not talking, in the extreme case, twenty to thirty people can lose their work. But personnel renewal, in the opinion of the rector, is quite a natural process for any educational institution. In recent years, Russian universities have introduced a system of competitive selection of faculty members. Its supporters say that filling positions in a competition will improve the quality of education at the university. Places of the faculty in universities are limited, and every year there are new doctors and candidates of science, which creates competition for the positions of professors and associate professors. 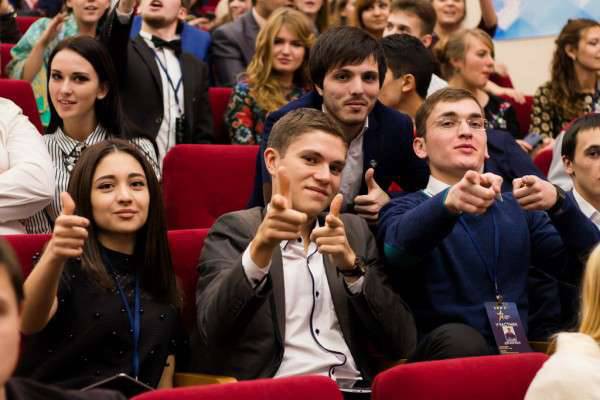 However, critics of the ongoing system of “optimization” of Russian higher education are extremely negative about it. According to many figures of national education, “optimization” in reality would entail rather negative consequences for the Russian education system. In the modern world, it is knowledge that becomes the main commodity, and human capital - the main wealth. But is it possible to talk about increasing the knowledge potential of society, if in a country institutions of higher education and teaching staff are being reduced? It is known that in recent years in Russia there have been massive closures of branches of universities. They are allegedly caused by the poor quality of education provided at the branches. Trying to bring the Russian education to the "world level", the government, nevertheless, misses such an important moment as the presence in the country of the need not only for world-class scientists, but also for ordinary qualified specialists with higher education. It is foolish to make excessive demands on teachers and students of provincial pedagogical, technical, medical, agronomic and other universities. The reduction of these universities due to "low efficiency" will only lead to a huge shortage of specialists in the field. Today, and so there is an obvious shortage of rural teachers, doctors, regional hospitals and clinics, engineering and technical specialists. Finally, the fate of teachers is not very clear. Where to go 50-year-old assistant professor at a provincial high school in the case of reduction? It is too late to relearn, a narrow specialist does not have any other professional skills - after all, he taught students all his life. But this question is not considered by officials from education, for some reason.

There is one more important nuance. Any education “ennobles” a person, makes him more intelligent, thinking. What is planned to take those young people who are now studying in provincial universities or are preparing to enroll in them? It can be long to argue that “workers need labor” or “not everyone needs higher education”, but if you look at the situation objectively, it is obvious that these young people will be just on the street, join the ranks of the unemployed or unskilled labor. In the modern world, any normal state is not interested in getting more unqualified “workers”, but in improving the quality of human capital, that is, in the production of qualified specialists. Of course, it may not be necessary in the Russian province such a number of lawyers, economists, managers or psychologists. But what can be offered in return? Do new institutions of secondary vocational education open en masse, where representatives of modern working specialties are trained? Or, perhaps, jobs are created that can attract a large number of young people who used to go to universities? If not, the reduction in the number of universities would entail only the marginalization of Russian youth, with all the ensuing consequences. 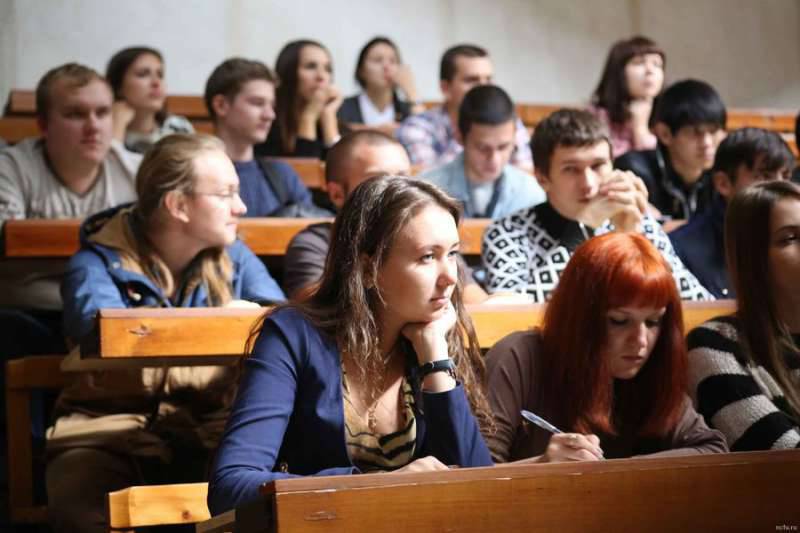 The reduction in the number of universities and the closely related "optimization" of the faculty entail a sufficiently large number of risks for the Russian state. We list the main ones. Firstly, this is a significant decrease in the total intellectual potential of Russian society due to a decrease in the number of people with higher education and students. As we understand, there is nothing good in this and cannot be. There is a growing demand for highly qualified specialists in the world who are able to master advanced technologies and develop new ones, to operate modern types of equipment. Against this background, the expedient task would not be to reduce the old ones, but, on the contrary, to open new universities.

Secondly, this is an increase in social tension in society due to the emergence of two large groups of unemployed people - former teachers who have lost their jobs and potential applicants who, due to the massive reduction in the number of universities, have remained outside the sphere of higher education and are forced to look for an occupation. Meanwhile, unemployed youth, as is known, is one of the main carriers of protest and socially negative sentiments, joining the ranks of criminal gangs, and becoming the social base of extremist organizations. On the other hand, the intellectuals offended by the authorities are the main source, the “core” of opposition and protest moods, and respect for their status attracts the attention of society to them. As for reducing the number of budget places in universities, it also entails the aggravation of social inequality, and so remains extremely high in Russia.

Thirdly, there is a threat to the normal functioning of the social institutions of the Russian state in the province. Russia is not Moscow and not St. Petersburg, not even large regional centers, but countless cities, towns, villages, villages and towns. All of them need staff recruiting of teachers and doctors, engineers and agronomists, even the same cultural workers. In the Russian province, even now, there is an outflow of population in large urban centers - also because the social, social and cultural conditions of existence of Russian small cities, not to mention the countryside, do not meet the needs and aspirations of modern man. Few people want to live in such a village where there are practically no schools, low intellectual and educational level of the population, poor school education and medical care. Accordingly, the Russian province will also become empty and "die out."

Fifthly, an important point is attracting foreign students, which can be a source of additional income for the Russian state. While the demand for Russian higher education in comparison with the US or European remains quite low, which, in turn, affects the income of the Russian state. Reducing the number of universities and their teachers is unlikely to contribute to a change in the situation in this area, but rather - will lead to a further decline in demand for Russian education.

The Russian state is faced with a very difficult task - to develop a strategy for organizing and managing the education system, which will make it truly effective, maintain its relevance at the global and national levels, but avoid reductions in the number of students and the number of trainers. Preserving and multiplying scientific schools, educational traditions is one of the most important tasks of the Russian state in the field of higher education, and the policy of reforming the education system should be focused on its solution.