Is there a universal style? 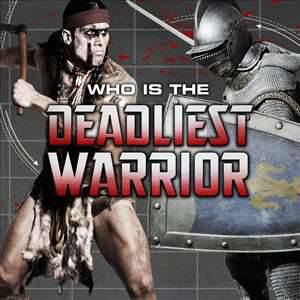 Is there a martial art / hand-to-hand style that would fit everyone and always and be comprehensive?


In one of the programs devoted to hand-to-hand fighting, the guest was the famous traveler Vitaly Sundakov. He was supposed to talk about the Slavic military tradition. Vitaly shared his personal experience - he studied with a man, the son of a diplomat, who went to different Eastern schools in Soviet times, and, having typed in from here, from here, he created his own style. We’ll talk about these personal styles later.

The point here is that later, in his trips to the countries of the world, Vitali, according to him, always tried to learn something from local craftsmen. And the local military traditions disappointed him in many ways - either the technique was ineffective or Vitali defeated them. Why did it happen?

Here I want to turn to one point in stories - The resettlement of the Don Cossacks in the Caucasus. At first, the Cossacks were bad. The local mountaineers were dismissive of their fighting qualities, and the Cossacks were teased with "reed" because of their long peaks. Later, however, the situation changed - but that's another story. This is about something else now - how did it happen that the Don Cossacks, the steppe knights known all over Europe, initially showed themselves badly in the mountains? The answer lies in the question itself.

Because the Don Cossacks were formed as river and steppe warriors. And in their midst they were the best, as they fully adapted to it. But the mountains were a new place to get used to. It took time. And as soon as that time passed, the situation changed. The Cossacks under the leadership of Baklanov, Sass and other military leaders began to win.

By the way, the Cossacks easily borrowed a lot from local peoples - and not only clothes, but even a way of life in some ways, apparently realizing that all this was created for local conditions, and that means that it is best suited for living here.

Therefore, it is impossible to judge any local tradition without taking into account the place and time for which it was created. What is good in one country may be ineffective in another. What was good at one time might look ridiculous at another (although this is unwise). Do not think that other people who once lived were uneducated and stupid. Their survival systems worked in their environment and were excellent at one time - why they came to us.

For example, in Central Asia there was once such a form of practice - two horsemen dressed in thick, quilted robes came together and tried to throw off each other with spears of arms (without tips). A kind of sparring, mild form of combat. Fighting thing? Yes. Useful for melee? Sure. But could a master in such fights, say, beat a boxer in the ring, or gop-stoppers on the street? Hardly. But does this mean that his training system is bad? No - it is simply designed for its time and relevant conditions. In the same way, a boxer, if he had gotten into the 17 century, he would have instantly become the victim of such a master - in a duel on horses.

Take a closer example. As you know, Japanese styles originate in the Chinese systems, and they consider the Indian monk Bodhidharma to be the ancestor. It turns out that after all, martial arts appeared in India.

Among the Indian styles known so-called kalari-payattu. One of the characteristic features of this direction are low-level movements in a squat. Moreover, it is a sharp move. Sharpness is produced by training. Due to such movements, a fighter can become invisible to the enemy for some moments - with a fatal outcome for the latter. This is due to the fact that the area of ​​our review is limited not only on the sides, but also on the top and bottom. Incidentally, this is the basis for hitting the shin from close range, or uppercuts - by the way, when striking them, you need to look at the wrong place where you strike, since the opponent can automatically shift his gaze there and the blow will not be invisible; need to look at the opponent. A person may simply not see the blow. And here the fighter becomes invisible for some moments. So - when kalari-payattu began to be studied in Russia today, it turned out that this style does not fit. In order to get the same sharp movements as the Indian fighters need a long warm-up. That negates the usefulness of this style on the street - for obvious reasons. Why is this happening? Go ahead.

Most Russian yogis (not self-taught, but instructors who travel to non-pop places in India) cannot boast with healthy knees. Paradoxically, but the fact is that people who teach others how to be healthy have their own health problems. The common problem of yogis is the "knee-joints" killed in the trash. Because of the constant "lotus posture". What is the matter? After all, the Indians are sitting like that for years under a palm tree, meditating! Maybe yoga is a bad thing? Not. Maybe they study badly? Also not, and, this problem is ubiquitous.

And it's in the climate. The hot, humid climate of India itself softens the ligaments and allows a person to always be "stretched". Our harsh northern climate is a different matter. Here for stretching can not do without warming up. Misunderstanding that the tradition of one people, developed in a hot, humid climate, will not work as effectively in a different climate environment and leads to injuries and frustration. Road spoon for dinner! - as the saying goes. Everything is good in its time and place.

By the way, the climate also affects the mentality - in the northern countries one must move in order to find food and not freeze. In the south you can be more sluggish and relaxed.

And here is the answer to the question - is it possible the existence of some kind of universal style? Of course not. For each environment (country, climatic conditions, opportunities) some local, local style is the best. Traditional combat systems were not universal. They worked perfectly in their region and that was enough. Nobody wanted to develop something further, “for the love of art” - because if a hammer perfectly nails nails and an ax cuts trees, then why improve them? From the good of good not looking. Time, people of past generations knew what to spend.

It should be borne in mind that all people are different, and that which is suitable for one may not fit the other at all.

General principles can be, and basic provisions. At the same time it will be full of subsystems - also working on a geographical and personal basis. In the armies of the world, specialists were taught according to goals and objectives, and not a little bit of everything. For example, a saboteur was given one preparation, the guard - another. It seems logical and even banal. But why then do people think that in the field of civil self-defense (and in fact civilians are doing this for the most part) everything is different?

It is necessary to proceed from the fact that you need. If you often return home “by train” late in the evening, you need to build situational trainings according to this situation. If you drive a car, you need to be able to defend yourself in a car, etc.