Project "ZZ". “Self-isolated” and “preparing for the worst”?

March 30 2016
93
US Treasury Secretary Jacob Lew explained something about sanctions against Russia. According to him, restrictive measures are powerful political weaponaimed at "centers of power in which solutions are developed." Deputy Assistant to the President of the United States for National Security Ben Rhodes gave a comment of a different kind: he spoke about Russia's decision to skip the international summit on nuclear security. He believes that Russia "isolates itself." European analysts, meanwhile, are predicting that Moscow will reduce military and social spending amid a decline in the oil industry. However, there is a plus: the Syrian campaign may lead to an increase in sales on the world market of Russian weapons.


The US sanctions imposed on Russia are aimed at "the power centers where decisions are made," the head of the US Treasury Department, Jacob Liu, said, "Lenta.ru" with reference to Reuters.

According to him, restrictive measures are powerful political weapons. “We should not hesitate in applying sanctions because they slow down economic growth,” Mr. Lew believes.

Recently, before the second anniversary of the annexation of the Crimea to Russia, US Assistant Secretary of State Victoria Nuland allowed the introduction of new sanctions against Russia. The fact is that the White House, in her words, "will never recognize the occupation of the Crimea and its entry into Russia, and the sanctions will remain." In addition, the US is "concerned about human rights in Crimea, especially minorities."

The US is also worried about something else, not in the Crimea anymore.

Ben Rhodes, Deputy Assistant to the President of the United States for National Security Affairs, spoke out sharply about Russia's decision to miss the March 31 - April 1 International Nuclear Security Summit in Washington.

“We believe that for Russia this refusal is a lost opportunity to discuss important things. All she does is isolate herself from discussing these topics, ”the newspaper quotes Rhodes. "Sight".

Recall that in February 2016, Deputy Foreign Minister of Russia Sergei Ryabkov said that the continuation of the Russian-American negotiations on the reduction of nuclear weapons is excluded. is he stressedthat negotiations can be continued if “Moscow’s concern and priorities are taken into account”.

German edition "The Huffington Post" Lennart Pfahler published an article about the crisis in Russia and the expected “Putin’s little decision” that could change the balance of power in the world. 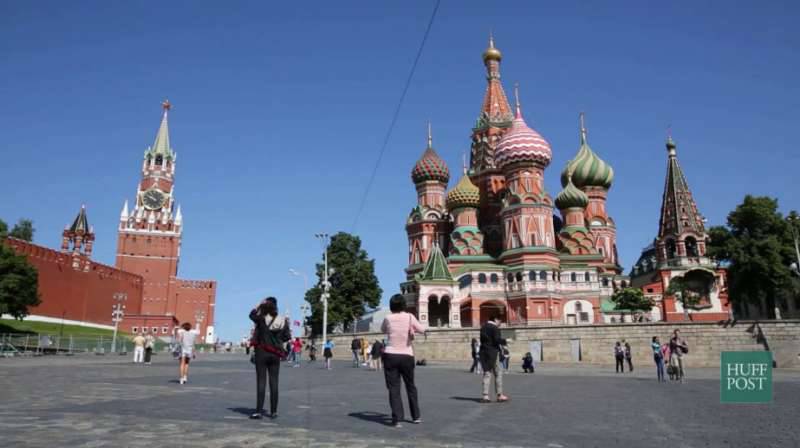 The Kremlin has "signaled" recently about its concern about the growing crisis in the country. In January, 2016, Prime Minister Dmitry Medvedev at the economic forum warned: "If the price of oil continues to fall, we will have to prepare for the worst."

However, the “worst” that Medvedev declared did not happen. Oil prices since mid-January rose almost to 40 dollars per barrel. Yet it is clear, the author notes: the Russian economy is in a deep crisis.

What is the solution found the Kremlin?

The treasury will fill the additional tax, which will pay the oil industry.

Russia is very dependent on trade in raw materials, and the fact that Putin, from 2001, has been saying in his speeches about the "state of the nation" and "diversification of the economy", brings "little benefit."

Half of Russia's tax revenues continue to come from the oil and gas industry, Pfaler writes. And, as soon as oil prices begin to fall again, a “hole appears” in the Kremlin’s treasury.

When the price of oil was at the level of 100 dollars per barrel, about 74 dollars went in taxes to the state, about 15 dollars were eaten up by production and transportation. As a result, the share of the profits of the oil company remained 11 dollars.

And now, if you count at the price of a barrel in 35 dollars, then all 17 dollars go to the state. The company remains only three dollars of profit per barrel sold.

But the oil industry needs to develop new fields, they need large investments. It is necessary to develop the potential for deep-sea exploration and development of deposits in shale.

Additional taxation can lead to paralysis of the industry, the author believes.

The new tax threatens a massive reduction in production and profitability of the oil industry to 2035 year. President Putin is facing a difficult decision: either he will reduce the military budget (which was almost 2014 billion dollars in 85), or he will reduce the low social spending.

Both points meanwhile are very significant for Putin's policy. Social spending provides him with the support of the population, and military spending supports Russia's claims to the role of a real world power, which is an important prerequisite for a positive assessment of Putin’s activities by the Russian elite and the people.

Therefore, the economic crisis may be for Putin "the decisive test." Civil unrest seems unlikely to the author of the article, but the Kremlin needs to temper its “foreign ambitions”. But is it possible that this is what the Russian president will do?

Lennart Pfahler, who interrupted the article with a question, clearly doubts this.

Meanwhile, Western experts have discovered a new potential source of income for the Kremlin.

It is believed that the Syrian campaign could lead to an increase in sales of Russian weapons on the world market.

Damien Sharkov in the magazine "Newseek" (European edition) writes that Russia can get much more money than it spent on its military campaign in Syria, if the “marketing effect” works, and arms sales from Russia increase on the world market. New deals may be multi-billion, as reported by the business Russian newspaper Kommersant.

President Vladimir Putin himself estimated the cost of the campaign in Syria at 480 million dollars (currently).

According to Kommersant, by the end of 2016, Russia could have received an additional $ 7 billion for the sale of new types of weapons that were used in the Syrian conflict, as well as for the repair of military equipment.

Officials responsible for the development of armaments in the Russian Federation hope that the Syrian campaign has provided a good demonstration of a whole range of armaments and may attract potential buyers.

There is every reason for such hopes. Russians have sold their weapons well before (under Putin). The article notes that since Putin returned to the Kremlin in 2012, there has been a "sharp increase in sales of Russian weapons." Over the past five years, the volume of arms sales by the state has increased by 28% (data from the International Peace Research Institute, Stockholm). Last January, Putin promised to further expand the role of Russia as a global arms supplier.

Mr. Jacob Lew, acting under Mr. Obama in the role of finance minister, and hence in the role of a person directly in charge of sanctions policy issues regarding Russia and other countries that the US is “punishing”, recognized restrictive measures as “powerful political weapons”. He believes that this weapon beats not the peoples of the "sanctioned" countries, but the "centers of power where decisions are made." Lew, as we think, manipulates public consciousness, because the “centers of power” in the Russian Federation feel great and have popular support (see Putin and Medvedev ratings), but the people have a hard time with price increases in the country.

But a major American official cannot publicly admit that the goal of sanctions pressure is to create dissatisfaction with the power of the Russian people. The White House (and at the same time the Congress with its many “friends of Russia”) is undoubtedly inhabited by soft and fluffy politicians who are completely Russians who want good things. Ukrainians, they also wanted good and even fed them free rolls and cookies.

Deputy Assistant to the President of the United States for National Security Ben Rhodes is confident that Russia itself “isolates itself”, and European analysts suggest that Putin abandon his chosen foreign policy line simply because there is not enough money in the treasury. At the same time, they don’t believe that Putin will heed their advice. And they do not rightly believe: Putin, instead of oil, is going to sell weapons. And such trade is always an element of foreign policy, gentlemen.