"Zircon": five moves from the target


The most iconic military-technical news this year, it was reported that Russian warships and submarines will soon receive into service the Zircon hypersonic cruise missiles, which are already being tested on the ground launch complex.

Work on the latest so-called interspecific rocket complex 3K22 with the 3М22 rocket, developed by the Reut corporation of the NPO Mashinostroeniya, has been going on at least since the 2011 year. The launch of the latest hypersonic product has been carried out for several years. Let's try to restore the chronology of events and understand why "Zircon" is needed after all.

Before discussing the newest missile system, it should be understood how it differs from another well-known NGO product - Masha - AGBO - aeroballistic hypersonic combat equipment, it is also an 4202 product.

First, the “Zircon”, in contrast to hypersonic military equipment, performs the entire flight in the atmosphere of the Earth, well below the “Karman Line”, the conditional boundary between the Earth’s atmosphere and space. Secondly, if 4202 is a strategic system that allows hitting targets at a distance of thousands of kilometers, then 3М22 is an anti-ship missile, in fact the development of the Bazalt-Granit-Onyx heavy anti-ship missile line, destroying enemy surface and ground targets on distance 300 – 400 kilometers.

Meanwhile, the application environment of the Zircon imposes on the product very severe limitations on the strength of the structure itself, its systems and assemblies. At hypersonic speeds, the air resistance becomes such that the flight is often compared with a slip on sandpaper. The rocket is affected not only by the so-called viscous shock layers, but also by the resulting high-temperature flow, which causes heating of individual sections of the structure to several thousand degrees. And the lower the flight altitude, the greater the load on the product.

At the same time, we must not forget that the Zircon must not only fly to a certain area, but also after finding a target, overcome the enemy’s air defense and, against the background of radio-electronic interference, orient to the desired object and hit it. Therefore, the requirements for the control system and guidance of the latest rocket are also very high.

The inertial navigation system of the product, combined with the radio altimeter, which controls the flight on the cruise trajectory, must be distinguished by exceptional accuracy and speed, since the slightest error at that speed will lead to a miss.

On the final part of the trajectory, the radar homing head already detects and identifies the target, the stable operation of which will be hampered by both false targets and radio-electronic interferences set by the enemy. Taking into account the speed of the rocket itself, its RLGSN should have high accuracy and work in conditions where all components and assemblies of the product are subjected to maximum load.

Despite all the problems associated with the physical characteristics of the hypersound, "Zircon" is an order of magnitude more complex goal, to cope with which will not succeed not only in the arsenal of the potential enemy weapons of air defense, but also promising, work on which only underway.

The first mentions in open sources about the creation of an interspecific missile complex with a hypersonic anti-ship operational-use rocket Zircon 3K22 appeared in open sources at the end of 2011. Later, in the corporate newspaper of the NPO Mashinostroeniya “Tribuna VPK” it was indicated that in 2011, in one of the directorates, a group of chief designers was created on the topic 3М22. 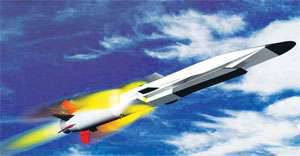 Judging by the annual report of the tactical missile armament of the Ural Design Bureau “Detal”, which is part of the Corporation, one of the areas of which is the development of radio altimeters, in 2011, the design of two products was reviewed, approved and sent to the customer (NGOMash) - “Zircon-S-ARK” and “Zircon-S-RV”. Most likely, the radio abbreviation means radio altimeter, and the ARC is an automatic radio compass.

In the same year, NPO Granit-Electron, a leading developer and manufacturer of radio electronic complexes and systems for the Naval fleet, reported on the creation for 3M22 of a preliminary design of an autopilot and inertial navigation system, for which design documentation was already ready in 2012.

In the report for 2011, the year of Strela, an industrial engineering corporation of the Orenburg manufacturing association, which produces anti-ship cruise missiles, including Onyx P-800, called the creation of a production and technical base for the development of mass production of new products, including Zircon missiles.

According to the report of the corporation NPO Mashinostroeniya itself for the year 2012, the development of an industrial critical technology for the production of laser and optoelectronic systems of a complex of receiving-transmitting devices and computing facilities for detecting, targeting hypersonic and supersonic tactical missiles has begun.

But just then "Zircon" suddenly disappears from all open sources. It is noteworthy that even from the report of the Strela software for 2012, the items on the creation of the material and technical basis for the production of a new product were removed, although the text and the necessary material costs for the 4202 project are quite openly mentioned in the text below.

At the same time, Deputy Prime Minister Dmitry Rogozin announced the creation on the basis of the Corporation of tactical missile weapons and the engineering supermarketing engineering manufacturing association, which was to be engaged in development related to hypersonic technology. True, a little later, the idea of ​​creating a hypersonic industrial association on such a scale was abandoned in favor of merging the machine-building design bureau Raduga based in Dubna, which develops and produces air-based missiles, including cruise missiles, with Reutov NPOmash. One of the developments of this design bureau was the X-90 hypersonic rocket, also known as the “Spade” or GELA, a hypersonic experimental aircraft. But the union did not happen again, the enterprises continued their activities in their respective areas.

In the summer of 2012, at the 929 test site of the State Flight Research Center, located in Akhtubinsk, throwing tests of an air-launched hypersonic cruise missile, which was carried by the Tu-22М3 bomber, took place. According to some reports, not all launches were successful, but work on the product continued.

In September, 2013-th head of the Corporation of tactical missile weapons Boris Obnosov admitted that in Russia work on hypersonic missiles flying in the atmosphere is being actively conducted, moreover, there is already an experimental product. True, according to the head of the KTRV, despite the fact that the rocket develops a speed of about 4,5 Mach, it is not yet possible to ensure a stable and long flight in this mode.

It is possible that, taking into account the fact that Zircon is referred to as an interspecific missile system, in the 2012 – 2013 years it was his tests that, judging by the words of Boris Obnosov, ended in partial success. The rocket was able to go on a hypersound, but for a short time.

After 2013, 3K22 again mysteriously disappears from all open sources, so that in the fall of 2015, it will suddenly appear in the modernization project of Admiral Nakhimov.

According to the agreement between Sevmash, which is engaged in the conversion of TARKR, and Almaz-Antey corporation, the latter must supply ten ZS-14-11442М ten universal vertical launchers for the enterprise that is being renovated with the modernization of the 11442 heavy nuclear missile cruiser. According to the same document, new launchers, each of which is designed to accommodate eight missiles, ensure the launch of both the Caliber CD and the 3М55 supersonic anti-ship missiles, they are also Onyx P-800, and 3K22, that is, Zircon . Completion of work - no later than 2018. The estimated contract price is defined in 2 billion 559 million rubles, the marginal cost of production - three billion. By August 2016, Almaz-Antey should deliver to the customer the first of ten ordered launchers, which, after being adopted by a special commission consisting of shipbuilders, developers and manufacturers of rocket weapons, including the NPO Novator (KR Caliber) and the NPO Mechanical Engineering (" Onyx "and" Zircon "), will receive the letter" O ". In case of successful completion of the work, the remaining nine of the UVPU will transfer Sevmash by May 2017.

And at the end of 2015, at the 21-th State Central Interspecific Test Site located in the village of Nenoks of the Arkhangelsk Region (the main test site of both sea-based cruise and ballistic missiles), some experimental sample was launched and ended in failure. Judging by the available photos from the scene, the rocket, flying some distance, fell and exploded.

According to the available information, it was at Nenokx that at the same time, work was carried out to create a ground-based launch complex for experimental missiles. At the beginning of this year, tests at the site resumed.

In March, it became known that the Zircon appeared on the launch pad. According to an informed source, hypersonic rockets are already in the metal, they began testing from a ground launch complex. It is very likely that the 21 GCSP in Nenoks is being tested by 3K22, as well as the 3М22 rocket itself. It was the unsuccessful launch of the Zircon that hit the lenses of the December 15 2015 cameras.

In February, it became known that 3K22 will be part of the armament of another heavy nuclear missile cruiser of the 1144 project - Peter the Great, which, as planned, will be repaired in the middle or end of 2019.

According to reports, one of the carriers of the Zircon should be the submarine of the fifth generation Husky, the development of which began the offshore engineering bureau Malakhit. According to the developers, the newest nuclear submarine is designed on one basic platform in two versions: a multi-purpose, focused on the fight against enemy submarines, and anti-aircraft PLAKR, armed with cruise missiles, including Zircons.

Despite the fact that the tests of "Zircon" are already underway, information about the rocket, even in comparison with project 4202, is extremely small. There is still no accurate data, is there aviation a variant of the latest hypersonic missile system, and if so, how successfully have it been tested in Akhtubinsk in 2012-2013, what are its prospects.

It should be noted an interesting feature of "Zircon". Judging by the annual report of the NPO Mashinostroeniya, not only the radar homing head will be installed on its board, but also an optical-electronic complex responsible for finding and detecting targets. It is noteworthy that the oke should work at hypersonic speeds.

Meanwhile, only five years passed from the appearance of the first information about the new rocket and the creation of a group of chief designers before the start of the tests, if not to take into account aviation launches. That is, it is likely that the basis of "Zircon" are technical solutions, in many respects already ready and proven. This assumption is supported by a very short time between the creation of a draft design and the release of the design documentation of the autopilot system and inertial navigation. NPO Granit-Electron took about a year to do this. A high degree of unification of the new rocket with supersonic “Onyxes” is also confirmed by the technical task for UVPU, according to which the “Zircon” is completely interchangeable with 3М55, and the launcher itself should be ready this summer.

If our version is correct, then onboard Onyx launchers located on ships, submarines and even ground objects, if necessary, you can easily use Zircon, which makes a hypersonic rocket truly universal and deadly for a potential enemy.