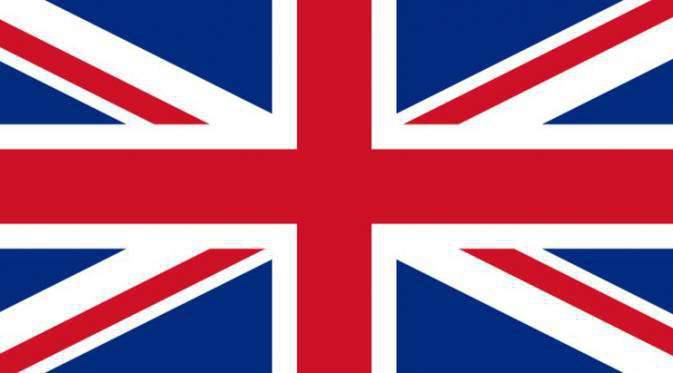 The tenacity and tenacity of the British elite in defending their interests is a thing known.

It begins active actions when the enemy, or those whom the British consider themselves to be such, do not even think of threatening Britain.

There are a lot of examples on this score, but we will focus on a question that is directly related to our country, and, perhaps, has not lost its relevance to this day, although this is about the events of the first half of the XIX century.

In 1829, Russia and Turkey concluded the Adrianople Peace Treaty. Among other things, we have achieved from the enemy concessions to the eastern coast of the Black Sea, including the fortress, Anapa and Poti. In addition to geopolitical significance, the victory of Russia allowed to stop the slave trade, which was occupied by armed groups of the Adygs. They raided Russian settlements with the aim of capturing prisoners and selling them to Turkey.

Strangely enough, but in London it was regarded as a threat to their colonial possessions in ... India! It would seem that this is absurd: where is Anapa, and where is India, but the British think strategically for many years to come. And they reasoned that the strengthening of Russia in the Caucasus would inevitably lead to the attempts of St. Petersburg to firmly establish itself in Persia. In turn, entrenched there, the Russians will not stop and move to Afghanistan, and this is the gateway to India.

The British had worked in the Caucasus before, but after the Peace of Adrianople their activity sharply intensified. London decided to bet on the creation of a Circassian independent state.

It is clear that the Circassians no one was going to provide real independence. According to the plans of London, a Turkish vassal was to appear in the Caucasus, and Turkey itself was already under the political influence of Britain. Staying aside, Britain would have the opportunity to manipulate the new "state", using it for anti-Russian purposes. Having ignited the Caucasus, Britain thereby set fire to the southern borders of Russia, shackling our army there and adding to St. Petersburg a headache.

In addition to the strategic defense of India, London had a tactical goal. At the beginning of the XIX century, English merchants have already mastered the trade route through Trebizond. On it went the goods to Turkey and Persia. When Russia annexed Poti, the British were worried that “their” new commercial artery could be cut by the Russians.

As usual, under the guise of propaganda about the free market, the British government actually stood guard over the interests of its merchants, providing them with market protection, rather than market protection. So, for this reason, Britain decided to give battle to Russia in the Caucasus.

As they say, the ink on the paper of the Treaty of Adrianople did not have time to dry, and the British ships were loaded weapons and gunpowder stretched to the east coast of the Black Sea. At the same time, the British Embassy in Turkey is becoming the center coordinating subversive actions against Russia in the Caucasus.

Our diplomacy also did not sit with folded arms, and in 1833, it achieved a major victory. It was possible to conclude, nothing less, a real defense alliance with Turkey. This agreement, without exaggeration, can be called unique. Old enemies who have repeatedly fought among themselves have pledged to help each other if a third country starts a war against Russia or Turkey.

Constantinople realized that the West posed a much more terrible threat to the Ottoman Empire than Russia. Indeed, in 1830, France took over Algeria from Turkey, and when the Egyptian Pasha, Muhammad Ali, declared independence, the empire was on the verge of disintegration.

Help came, from where it was not expected, Tsar Nicholas I instantly orienting himself in the setting, I realized that “independent” Egypt would become a toy in the hands of England and France. Moreover, in Paris they cherished the plan to transform Syria into their colony. Therefore, Nikolai sent the Russian fleet to help the Sultan. A landing force commanded by General Muravyev landed on the Bosphorus.

Turkey was saved, and Russia received a number of major concessions from Constantinople. From now on, the Bosphorus and Dardanelles straits at the request of St. Petersburg were closed for all warships except the Russians. It is clear that the Turks turned to the Russian from complete hopelessness. In Constantinople, it was said then that a drowning man would seize upon a snake. But whatever one may say, but the deed was done.

When London learned of this, the British elite went berserk and officially announced that it did not recognize Russia's rights to the east coast of the Black Sea. Interestingly, at this moment the British decided to play against the Russian and the Polish card.

Foreign Minister Palmerston personally oversaw the representation of Polish émigrés (“Jond narodovy”) in Europe. Through this organization propaganda was conducted, addressed to the Polish officers of the Russian army in the Caucasus. The Polish mission existed in Constantinople. From there, her emissaries went to South Russia and the Caucasus.

The leader of the Polish emigration Chartori designed a plan for a large-scale war. It was supposed to make a broad coalition, which would include the southern Slavs, Cossacks and Highlanders.

Caucasians had to go along the Volga to Moscow, the same was supposed to advance the Cossacks across the Don, through Voronezh, Tula, and the Polish corps should have hit Little Russia. The ultimate goal was the restoration of an independent Polish state within the boundaries of 1772, depending on which the Don and Black Sea Cossacks would be located. And in the Caucasus there should have been three states: Georgia, Armenia and the Federation of Muslim Peoples, under the protectorate of Porta.

This could be considered as fantasies of expatriates divorced from life, but the plan was approved by Paris and London. So, the threat was real, and the subsequent events of the Crimean War confirmed this fully. In addition, the Polish uprising 1830-31 of the year showed that the intentions of the Poles are more than serious.

And what about Russia? Nicholas I, having considered a number of proposals, agreed to build fortifications on the Circassian coast, and in addition the Black Sea Fleet established cruising along the coast. In general, it must be said that in the Russian politics of those times two currents struggled, conditionally speaking, “hawks” and “pigeons”. The first relied on drastic measures, up to the food blockade. The second believed that Caucasians should be attracted by commercial and cultural benefits. Among other things, it was proposed to “soften” the Highlanders, instilling luxury in their midst.

They pointed out that the long-term practice of harsh attacks on Chechnya was not crowned with success, and subtle diplomacy is a surer means. The king used both approaches, and Colonel Khan-Giray was sent to the Caucasus. He was supposed to hold talks with Circassian leaders. Alas, the mission of Khan-Girey was not crowned with success, and reconciliation with the Circassians was not possible. And here Russian diplomacy had to face fierce resistance from British emissaries.

London sent a young, but already experienced special agent Daoud Bey to Cherkessia - aka David Urquhart (Urquart). Before traveling to the Caucasus, Urquhart met with the Circassian leaders in Constantinople and made the necessary connections. He quickly absorbed the trust of the mountaineers and made such a stunning impression on them with his speeches that they even offered Urquhart to lead their struggle with Russia.

Instead of feats of arms Briton decided to launch an ideological war. Returning to England, he flooded the press with reports and articles of Russophobic content, convincing public opinion that Russia poses a mortal danger to Britain.

He painted a dark picture of the Russian invasion not only in Turkey and Persia, but also in India. Urquhart predicted that Russia, by making Persia its protectorate, would soon incite the Persians to India, promising them huge trophies.

Psychologically, the calculation was correct, the commercial benefits of the exploitation of Indian riches interested the British elite more than anything else. The fear of the Russian campaign in India took a pathological character in Britain, and, by the way, the words of Urquhart fell to the ground prepared by Kinneir, the British adviser to the Shah of Persia during the Russian-Persian war 1804-13.

Kinneir was one of the first, if not the first military expert to conduct a thorough analytical study on India’s vulnerability to external invasion.

He knew perfectly well the geography of Turkey and Persia, and he came to the conclusion that going to India would be a very difficult task for the Russians. Nevertheless, in principle, Russia is capable of this, because its army is strong and disciplined. Those who wish to conquer India will meet mountains and deep rivers on their way.

Kinneir paid particular attention to the harsh climate and icy frost, not infrequent in those parts, but did Russians fear winter? Yes, and the river can be forded. According to Kinneir, the Russian army will have to go through Afghanistan, starting from the Caucasian bases or from Orenburg. And in the first case, the enemy will use the Caspian Sea, and he will not need to march all over Persia.

Be that as it may, when Urquhart began to frighten the English by the “Russian threat,” they recalled Kinneir’s reasoning. And then Russia began to build up its fleet, which only strengthened London’s suspicions. Moreover, Urquhart prepared a provocation.

From its filing in 1836, the English vessel "Vixen" headed for the Circassian coast. The press received the task to widely notify the population of Britain. Soon the ship was arrested by our brig, and this caused a storm of indignation of the English public. Petersburg, in turn, accused London of directing agents to the Circassians in order to raise them to revolt.

Relations between the two capitals were strained to the limit, and the British decided to defuse the situation by finding a scapegoat in the face of Urquhart. He was dismissed, and he switched to other matters, but this did not mean that Britain decided to leave the Caucasus alone. The main struggle was ahead.