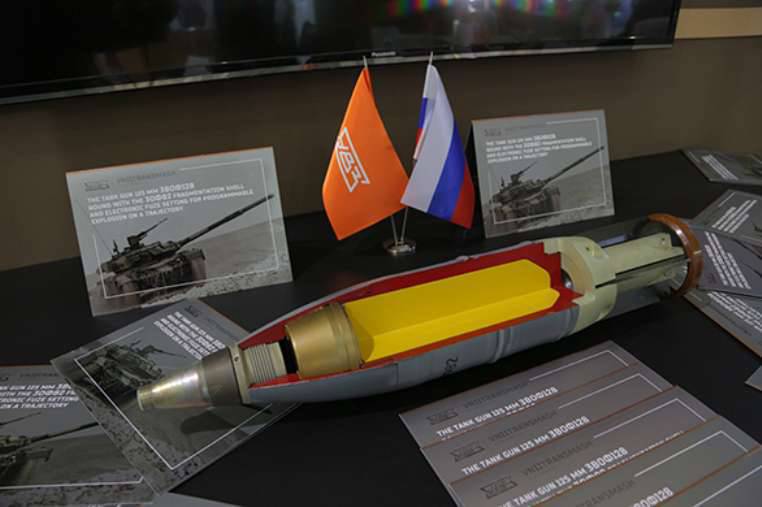 “For the first time, a unique tank remote explosive fragmentation complex with a 125-mm ZVOF128 tank shot with a fragmentation projectile with a remote undermining on the ZOF82 trajectory, superior to the world's best models, is demonstrated at a foreign exhibition, surpassing the world's best samples,” the release says.

It is noted that the complex "can be installed in tanks of type T-72, T-80 and T-90, repeatedly increasing their combat effectiveness in all types of combat operations."

“The complex consists of a projectile programming control equipment for the projectile and an 125-mm ZVOF128 tank shot with a ZOX82 fragmentation projectile with remote blasting on the trajectory. The projectile is designed to destroy various types of armed formations, a wide range of unarmored and lightly armored targets, including small surface targets, as well as low-speed aerial targets such as unmanned aerial vehicles and helicopters ",
told in the corporation. 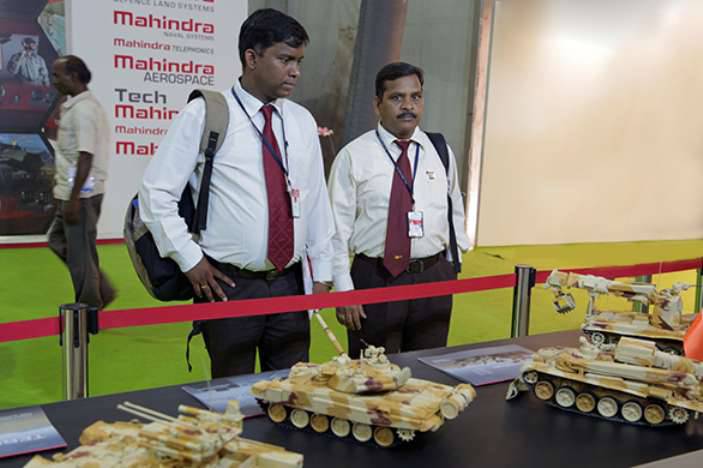