March 29 2016
47
A video appeared on the network in which the lightweight Scorpion armored car is tested for strength by detonating a landmine, which was played by an 152-mm projectile, reports Rossiyskaya Gazeta. 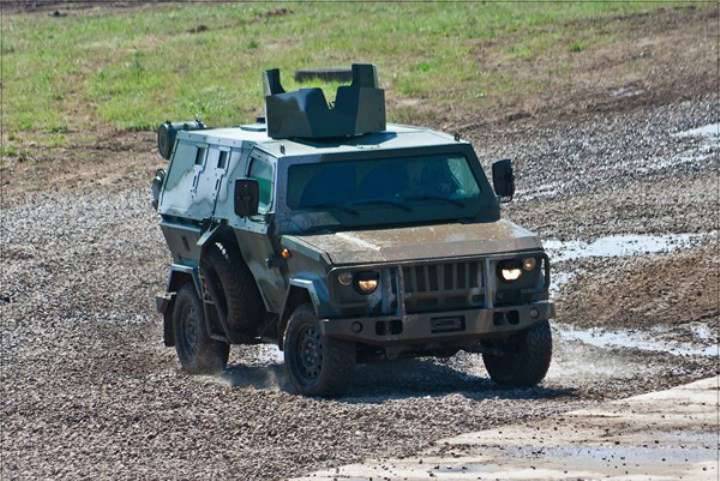 “According to the test conditions, the car is about a hundred meters away from an installed explosive device. The video camera is fixed inside the car. The video continued after the explosion, so the camera was not hit by the blast wave, ”comments video“ RG ”.

As then demonstrated in the video, the car body, glass and loopholes withstood the blows of the howitzer shell fragments.

Help newspaper: “The Scorpion prototype lightweight armored car was first shown in 2011 year. The bottom of the V-shaped can withstand the explosion of a land mine with a capacity of up to six kilograms of TNT. On tests during an explosion under the bottom of four kilograms of explosives, the car lost its chassis, but the hull remained intact. Five-ton "Scorpion" is designed to carry up to eight people. The standard weapon is the Pecheneg 7,62 mm machine gun. ”