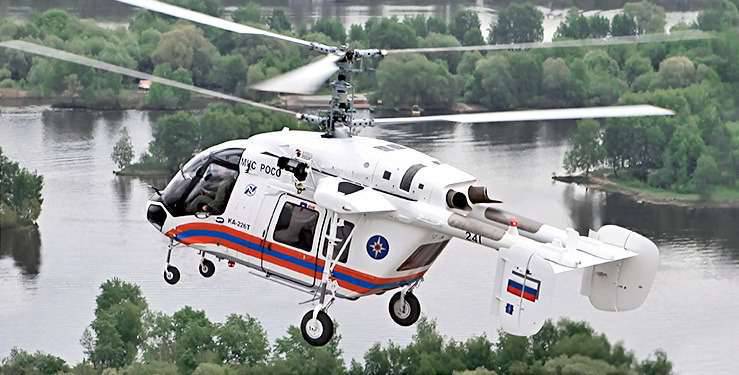 "The commander of the Navy personally inspected the stand of" Russian Helicopters. " He showed particular interest in Ka-226T. The admiral also noted that the whole India already knows about the large-scale Russian-Indian project for the joint production of the Ka-226T, ”the release says.

The press service clarified that “during the official visit to Moscow of Indian Prime Minister Narendra Modi in December 2015, an agreement was signed between the governments of the Russian Federation and India on cooperation in the field of helicopter engineering”, which “involves joint production in the territory of the Russian Federation and India less than 200 units Ka-226T. "

Earlier in the holding they reported that “Russian Helicopters and the Indian corporation Hindustan Aeronautincs Limited (HAL) are working on determining the appearance of the Ka-226T”.

Help "BP": “The Ka-226T lightweight multi-purpose helicopter developed by the Kamov enterprise (part of Russian Helicopters) is mass-produced at KumAPP. It is built on the coaxial pattern of rotors and has excellent handling and power supply. A helicopter can easily maneuver in dense urban high-rise buildings and in the mountains. The absence of a tail rotor and compact dimensions make it possible to use small landing pads. ”

Ctrl Enter
Noticed oshЫbku Highlight text and press. Ctrl + Enter
We are
Indicated price is the Tejas Mark I for the Indian Air Force
Military Reviewin Yandex News
Military Reviewin Google News
32 comments
Information
Dear reader, to leave comments on the publication, you must sign in.