In the Irkutsk region will be a rocket doctrine

March 29 2016
12
Over 4-x thousands of servicemen of the Irkutsk missile compound, armed with Topol complexes, will take part in the exercise using sophisticated robotic systems, reports RIA News message of the Ministry of Defense of the Russian Federation. 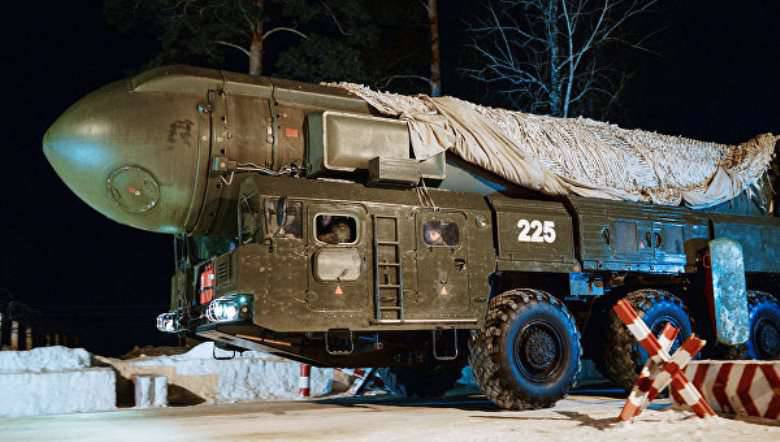 It is noted that "the use of the most complex robotic systems equipped with remote control points to counteract sabotage formations will become a feature of the exercises."

“The field position will be the study of the combat capabilities of the mobile robotic complex day and night. With the help of the UAVs, they will assess the quality of the camouflage of the units of the missile battalion, as well as assess the possibility of detecting the complex using radar and optical-electronic means of UAVs, ”the press service said.

"The servicemen will perform maneuvers on combat patrol routes and will oppose conditional sabotage and reconnaissance formations and their high-precision strikes weapons. The combat missions will be performed in the conditions of active radio-electronic suppression and intensive actions of the enemy in the areas where troops are stationed, ”the message reads.

As the "enemy" will be involved special forces units. “Not only the security and defense forces of the formation will oppose the conditional saboteurs at the training, but also the formations of the Central Military District, which will perform these tasks in wartime,” the ministry said.

Ctrl Enter
Noticed oshЫbku Highlight text and press. Ctrl + Enter
We are
With the Irkutsk missile compound of the Strategic Missile Forces, a command and staff exercise is held"Dead Hand" by Colonel Gaddafi (photo)
Military Reviewin Yandex News
Military Reviewin Google News
12 comments
Information
Dear reader, to leave comments on the publication, you must sign in.