They are dying out

March 30 2016
135
Marc Adomanis, a columnist from Forbes magazine, is a big fan of writing on social and economic issues. Especially takes his demographics. He has repeatedly exposed the myth that Russia is dying out. Yes, the Russians are far from perfect, but it’s obviously premature to talk about extinction. And in general, the demographic situation in Russia almost exactly corresponds to that in the European Union, the columnist is sure. 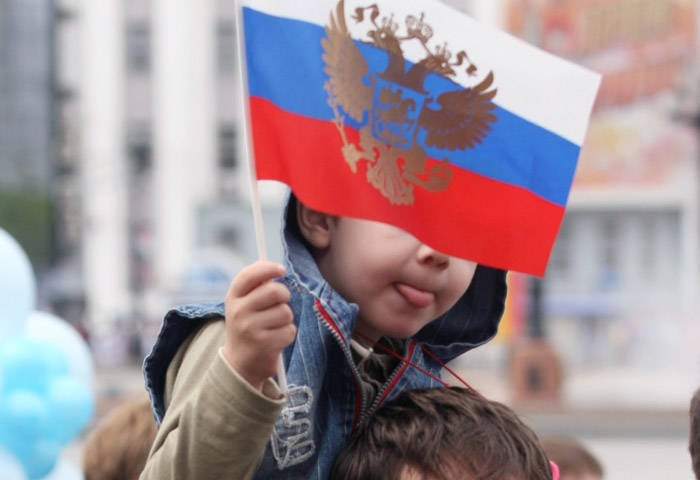 Population crisis, said columnist Mark Adomanis ("Forbes"), - a phenomenon common to Europe, including Russia. And you should not inflate the situation in Russia: for example, in Italy things are worse.

Yes, the observer reminds, it’s true that the Russian Federation suffered a “painful” demographic crisis in the 1990s. The transfer of a planned economy to the market rails "did not go smoothly, to say the least." Reforms led to a "transformational recession." Prices soared, unemployment increased, people's savings turned into dust.

During the 1990-s, the Russian population fell into a real catastrophe, which was difficult to imagine. The Russians experienced a number of "economic and political upheavals." The country noted a "terrifying surge in mortality associated with alcoholism." People died from "external causes": murder, suicide, accidents. All this led to a “social collapse” on a scale comparable to the military devastation.

“The nightmarish experience of Russia 1990's,” adomanis remarks, entrenched in the minds of the people, gave rise to the feeling of a “dying nation” among the political class. It is considered to be that Russia is a “dying nation”, having “an extremely gloomy prospect for the future.” In the US, they do not doubt it: for example, Mr. Obama says that Russia's population is declining, which means that "история on our side. " He is echoed by Vice President Biden.

Publicist Kevin Dram, composing fables for the Mother Jones network resource, sarcastically observes that Russia has nothing to call itself “a great power,” because its economy is comparable to the Italian one, and the demographic situation is worse than in the same Italy.

Others also argue. The premise of bad demography in Russia is not proven, but simply stated, “taken for granted.” Russian demographic trends are “unequivocally terrible” - and that’s the point. And the conclusion: therefore, in the future, "the possibilities of projection of power" of the country "will sharply decrease."

The actual birthrate data provided by the World Bank, however, gives a different picture, Adomanis writes.

The allegedly “unequivocally terrible” demography of Russia almost exactly corresponds to the indicators of the states of the European Union, and from 1975 onwards! Speech, in essence, is about an almost identical birth rate.

Open data suggests that there is hardly a "fundamental difference between long-term trends in population in Russia and Europe," said the publicist. Both Russia and the countries of Europe are “doomed” to experience a significant decline in the birth rate in the long term.

In addition, the current "Russian problems" are not unique and even "not particularly serious." The EU average, which Adomanis considered, allowed him to identify "huge discrepancies between different countries." Some countries, such as Sweden, the United Kingdom and France, seem to be able to achieve significant population growth (and long-term). Other countries, such as Germany, Italy, Greece and Spain, are facing protracted population crises. And they will probably be “much sharper” than the crisis in Russia.

28 March 2016 on the site Interfax a press-release of the round table “Socio-demographic problems of the reproductive health of the population of Russia”, held at the Central House of Journalists.

The materials indicate that the “week of silence” before an abortion, operating in Russia since the beginning of the year according to the law “On the Basics of Protecting the Health of Citizens”, gives on average 7-8% refusals from artificial interruption of pregnancy. This was announced at the round table by the head of the department of medical and social research of the Federal State Budgetary Institution “Scientific Center of Obstetrics, Gynecology and Perinatology”. Academician V.I. Kulakova "Marina Shuvalov.

These 7 or 8% - 75 thousands of saved lives, said the head of the project "Stork on the Roof" Angelika Khudoleeva.

Sergey Zakharov, deputy director of the HSE Institute of Demography, noted that specialists are now witnessing the transformation of couples' attitudes towards fertility: “The average age of a mother rises very intensively, now women of 30 and even older have a birth rate higher than in the Soviet period. A grand transformation of the fertility model has taken place. Young people have limited their activity in the formation of families, more adult women, on the contrary, have expanded. ” However, according to the expert, the probability of first birth is reduced. The proportion of childless women is 15% (almost two times more than in the USSR). But this figure is not the highest compared with the developed countries: in Japan, childless women 25%, and in Germany and Austria - 20%.

Thus, we add, the picture of the birth rate in Russia is artificially blackened in the USA and Europe. As open statistics show, the situation with fertility rates may be worse in the EU countries than in Russia - and this despite the fact that Russia periodically falls into crisis zones, and the same West considers it as “incomplete” democracy, where the authorities do not always remember about "human rights" and "freedoms".

Experts remind that there are much more childless women in Japan, Austria and Germany than in Russia, and the birth rate in Russia is higher than in Italy.

The emphasis of American politicians and some experts on the "reduction" of the population of Russia and therefore the lack of prospects for Moscow ("the story is on our side", as Mr. Obama noted) look more like a "complacent" means than the truth. However, the White House does not have to wait for the truth. The local masters are ready to deceive themselves, if only to continue to imagine the “great and exceptional America” as a hegemon.

Observed and commented on Oleg Chuvakin
- especially for topwar.ru
Ctrl Enter
Noticed oshЫbku Highlight text and press. Ctrl + Enter
We are
Project "ZZ". Putin is bad, Russians are dying out, nobody will come to military parade in honor of 9 on MayMark Adomanis stood up for Russia
Military Reviewin Yandex News
Military Reviewin Google News
135 comments
Information
Dear reader, to leave comments on the publication, you must sign in.