March 29 2016
19
29 March 2016, the famous film director, actor and political figure Stanislav Sergeyevich Govorukhin marks 80 years. This director during his lifetime was awarded the title of the classic of the national cinema. At the same time, age is not an obstacle for shooting films, the last work of the master - the feature film “The End of a Beautiful Epoch” was released in 2015. In total in the filmography of Stanislav Govorukhin order 60 works, in which he was a director, screenwriter, actor or producer.


Stanislav Sergeevich Govorukhin was born 29 March 1936, in the city of Berezniki, Sverdlovsk region, today it is the territory of the Perm Territory. The father of the future film director was the Don Cossack Sergei Georgievich Govorukhin, the mother the dressmaker Praskovya Afanasyevna Glazkova. Parents divorced before the birth of his son. At the same time, Praskovya Afanasyevna alone raised two children, a son and a daughter, in a very difficult time for the country, Govorukhin’s early childhood fell on the years of the Great Patriotic War. Hard life and overwork did not pass without a trace, Praskovya died at the age of 52 years. Trying to put the children on their feet and educate them, all her life she hid from them the fact that her husband was repressed. Sergey G. Govorukhin died in 1938 in Siberia at the age of 30 years, according to some data, he died in prison, according to others - was shot. The truth about his father Stanislav and his elder sister learned only after the death of the mother.

After graduation, Stanislav Govorukhin decides to become a geologist and enters the relevant department of Kazan State University. After graduating from high school in 1958, he worked for about a year as a geologist at the Middle Volga Geological Survey Department, but quickly realized that this was not his vocation. Therefore, in the 1959 year, he turns in the direction of creative specialties. In those years, the first television studios began to open in Kazan, at the Kazan studio of television, he worked for two years from 1959 to 1961 a year as an editor and assistant director. He also collaborated with the editorial offices of the newspapers Sovetskaya Tataria and Gorky Worker. Later, the famous film director called these years in Kazan the most creative period in his biography. It was in Kazan that Govorukhin met with the basics of television and cinema. 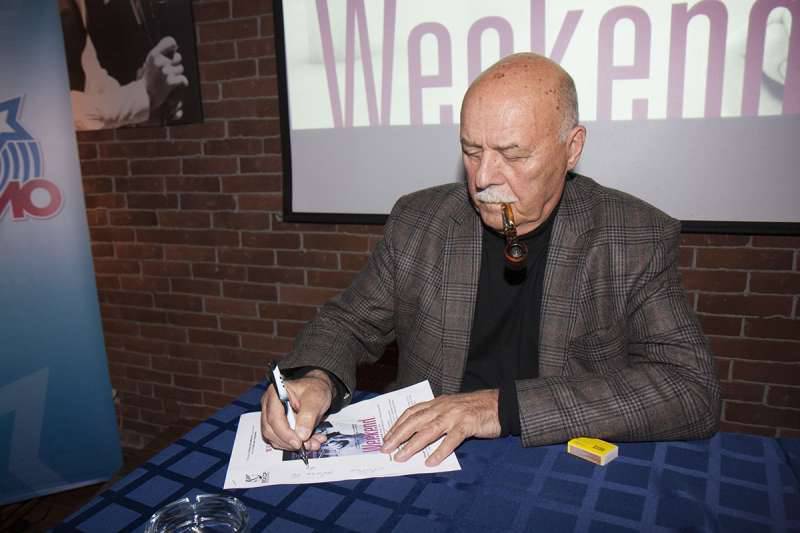 In 1961, Stanislav Govorukhin decides to pursue a career, but in Moscow. He moved to the capital and relatively easily enters the directing department of the All-Union State Institute of Cinematography (VGIK), he studied in the studio of Yakov Segel. Becoming a student of this prestigious university, he dreamed of future work in Odessa, which he loved very much, although he knew only the works of Bunin, Babel, Paustovsky about the city. He was particularly attracted by the Odessa Film Studio, where his favorite films were shot: “Thirst”, “Come Tomorrow”, “Spring on Zarechnaya Street”.

After graduating with honors from the directing department of VGIK in 1966, Govorukhin’s dream comes true - he starts working at the Odessa film studio of feature films. After receiving his diploma and before 1987, he worked in Odessa as an assistant director, director, film director and director of top-level cinematography. It was in Odessa that many films were born that made Govorukhin famous throughout the country.

For the period from 1961 to 1966 Govorukhin's two marriages also occurred. His first wife was theater actress Yunona Ilyinichna Kareva. In 1961, their son was born - Sergey Stanislavovich Govorukhin, who followed in the footsteps of his father, becoming a director, screenwriter and producer. Unfortunately, Stanislav Govorukhin outlived his son, who died at the age of 50 years 27 October 2011 of the year. The second wife of the director in 1966 was Galina Borisovna Govorukhin, who worked as an editor at the Odessa Film Studio, where they met. 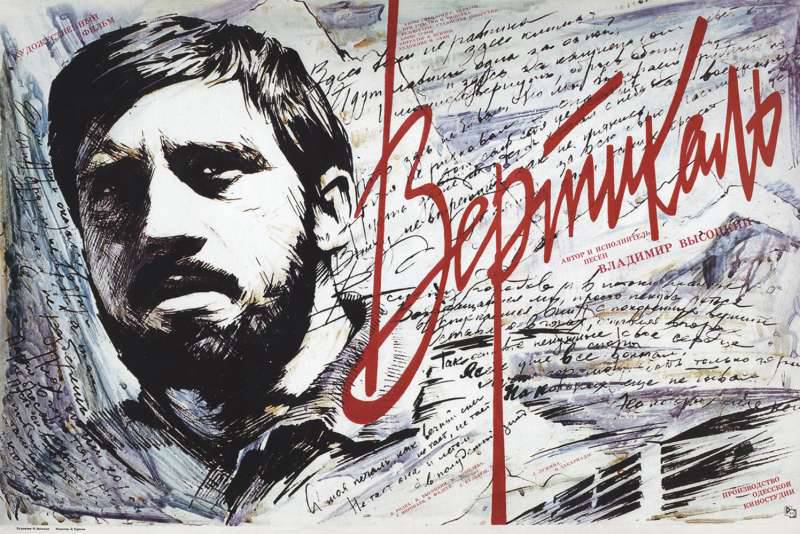 The artist's biography is his works, said Stanislav Sergeevich. Therefore, Govorukhin's biography is his films. Over the years of work at the Odessa Film Studio, he shot 10 films that were forever included in history national cinema and loved by the audience. One of the first films of the director was the adventure film about climbers "Vertical". This 1967 film of the year revealed the talent of Vladimir Vysotsky, who played a major role in it. Vysotsky's author's songs performed in the film: “A Song about a Friend” (“If a Friend ...”), “The Top”, “The Ballad of Alpine Shooters”, “Farewell to the Mountains”, “His Insults Every Person ...” were immediately loved by the audience. It can be said that it was from the Stanislav Govorukhin’s film “Vertical” that the all-Union love for Vysotsky went, the songs of which immediately after the release of the film were released on the records.

In 1969, Stanislav Govorukhin makes another film on a mountain theme. This time it was the historical picture “White Explosion”. The film takes place during World War II in 1942. The film was about the feat of the Soviet climbers in the foothills of the Caucasus. Well-known actors Sergey Nikonenko, Lyudmila Gurchenko, Armen Dzhigarkhanyan took part in the shooting, Vladimir Vysotsky starred in an episodic role, but this film did not have such success as the movie "Vertical". At the same time, Stanislav Govorukhin himself is proud of this picture. Few people know that shooting this film almost cost the master of the national cinema of life, when the helicopter on which he was flying crashed.

In 1972, in Odessa, Govorukhin made the film “The Life and Amazing Adventures of Robinson Crusoe”. This picture is still considered one of the best works in his filmography. And films of the adventure genre have since become a real visiting card of the director. Leonid Kuravlev played a leading role in this good, primarily oriented picture for children and young people. Here, in Odessa, the multi-part story “The meeting place cannot be changed” was filmed, which was presented to viewers in 1979 year. The plot of the picture was taken from the book "The era of mercy", written by the brothers Weiners. At the same time Govorukhin reworked many details of the artwork and completely changed the ending of the picture. The film enjoyed the greater love of the audience and achieved a public resonance, as well as the film “Ten Little Indians” that came out later, which fascinated both children and adults. By unconditional success of the director can be attributed to the TV serial adventure film "In Search of Captain Grant," which was shown in 1986 year. 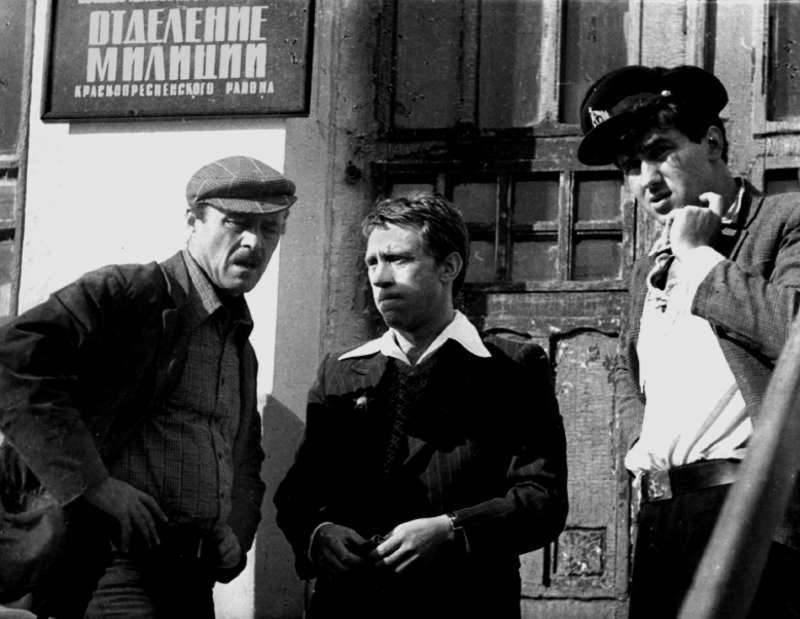 In 1987, Govorukhin returns from Odessa to Moscow, works as a director at the Mosfilm cinema concern. In the same year, he became the initiator, creator and president of the international festival of genre films “Golden Duke”, which for three years, from 1988 to 1991, was held in Odessa.

Stanislav Govorukhin gained not less popularity as an actor. In his creative biography there are roles in such famous films as “Assa”, “Sons of bitches”, “Anchor, another anchor!”, “Heads and heads” and many others. At the same time in his youth Govorukhin was seriously keen on mountaineering, so in some of his acting work, performing dangerous stunts, he worked without an understudy. Starting from 1975, Stanislav Govorukhin has been involved in writing scripts, including for his films. Among his screenplays can be noted films "Pirates of the XX century", "The Invasion", "Secrets of Madame Wong." At the same time, the film Pirates of the 20th Century became the highest-grossing film in the USSR for 1980 a year to watch a film in the morning sessions, many children even skipped school. Stanislav Govorukhin also took part in writing scripts for the films “Moscow Nights”, “Black Veil” and “Russian Riot”.

As they say, a talented person is talented in everything. Currently Govorukhin is an honorary member of the Russian Academy of Arts - Russian Academy of Arts. More than 20 years, since the middle of 1990-ies, the famous director is seriously interested in painting. He began with the usual pencil sketches, which he did during numerous film sessions and working trips, but gradually he proceeded to paint landscapes written in oils. The favorite genre of the director is the lyrical landscape, made in the traditions of the Russian school of painting. Artworks Govorukhin repeatedly exhibited at solo exhibitions. Currently, the film director is the artistic director of the studio “Vertical” of the Mosfilm cinema concern. In addition, he heads the Charity Fund for Social Protection of Veterans of Cinema and a student of the film school “Cinema Center”. Also the master of domestic cinema is a member of the Council of the International Russian Club.

We should also mention the social and political activities of Stanislav Govorukhin. Govorukhin was never a member of the CPSU, and after perestroika he became one of the leaders of the Democratic Party of Russia (DPR). In 1990, he made a sharp enough journalistic film about Russia in the 20th century, which he called “It’s impossible to live like that”, this work of the director was later awarded the “Nika” award. In 1992, the film “Russia that we lost” saw the light of day; this documentary reflected the massive anti-communist sentiment of those years. In 1991, during the August coup, Stanislav Govorukhin spent two days among the defenders of the White House. However, later, he disagreed with many of the new leaders of Russia. And, like many participants in the August events, began to believe that the victory of 21 August 1991 of the year turned into a defeat for the country. 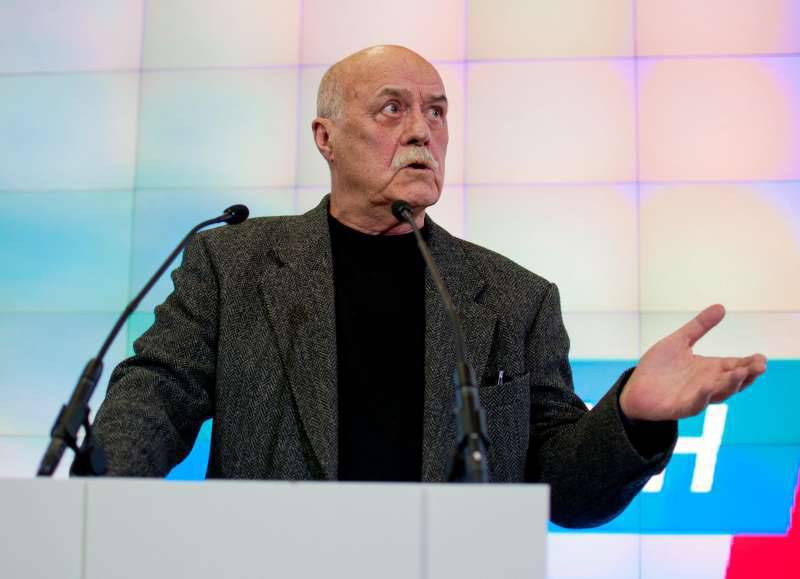 After the events of October 1993, Govorukhin finally lost faith in the current government, gradually turning towards the left-patriotic opposition. In the second round of the presidential elections in 1996, the director, who five years ago actively welcomed the ban on the CPSU, supported the Communist Party candidate Gennady Zyuganov. At the same time, Stanislav Govorukhin was repeatedly elected deputy of the State Duma of the Russian Federation from various parties - DPR, “Fatherland - All Russia”, “United Russia”.

In some ways, the top of his political career was his participation in the 2000 presidential election of the year. In the elections that took place on 26 March 2000, he scored just 0,44% of the vote, losing to Vladimir Putin. At the same time, in an interview with Kommersant, commenting on the election results, he answered the question why Putin owes his victory: “Putin owes his victory to the slave psychology of the people: show him the new king, he votes for him”. This quotation is still loved to recall the critics of the director, since in 2005, he switched from the left-patriotic opposition to the side of the current president. In the same year, he joined the United Russia party, and in 2011, he was elected head of the campaign headquarters, Vladimir Putin, in the presidential election in 2012.

Currently, Stanislav Sergeevich Govorukhin is the current deputy of the State Duma of the sixth convocation of the United Russia party, holding the post of chairman of the State Duma Committee on Culture. Also 12 June 2013, he was elected co-chairman of the Central Headquarters of ONF (All-Russian People’s Front) for a five-year term. 11 March 2014 was a well-known director who was among the first 86 people to sign an open letter from Russian cultural figures in support of the policies of the Russian president in Ukraine and Crimea, which was published on the website of the Ministry of Culture of the Russian Federation.

Stanislav Sergeevich Govorukhin is one of the most famous directors and actors of the USSR and Russia, whose films acquired the status of cult as soon as they appeared on a wide screen. And although with the beginning of active political activity, he began to shoot less, the director’s novel with cinema is still not finished.