Who do we have there in the rain and in the mud? 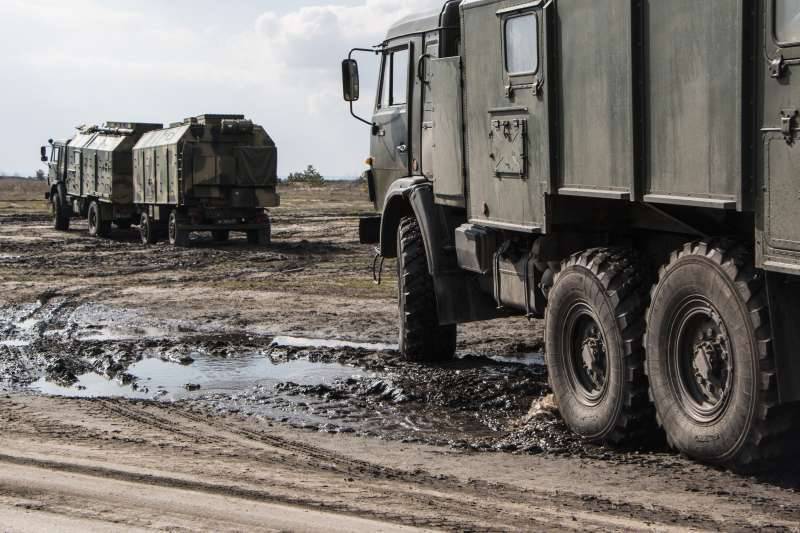 So, Russian Defense Minister Shoigu visited Kaliningrad with a check. I think that to say that all the military were standing on their ears, is to say nothing. But - so it should be.

But, in general, the whole Western Military District was on its ears. Regular exercises, regular checks from the Baltic to the Black Sea.

Started with command and staff exercises. And who is the first to start fussing, if command exercises, along with staffs?

We visited one of the parts of ZVO just on the day when the order came and the beginning of the command-staff exercise. And the personnel (along with the equipment, of course) were instructed to arrive at one of the integrated landfills of the ZVO in another area. But just to take and send the vehicle on the march would be too easy and uninteresting. As well as to give such an order by telegram or by telephone.

No, dear communicators, simply - this is clearly not with us.

To begin, the units involved in the exercises will have to move into the area of ​​deployment, carry out this deployment, take all necessary actions to connect to the communication and information systems, receive an extension order through closed channels, assemble, and only then start their way on teachings.

It is clear that a military man differs from a civil one in that he does not discuss orders. And from the very morning a lively action began in the unit.

Where does any process begin in the army? That's right, with the construction and formulation of the combat mission. 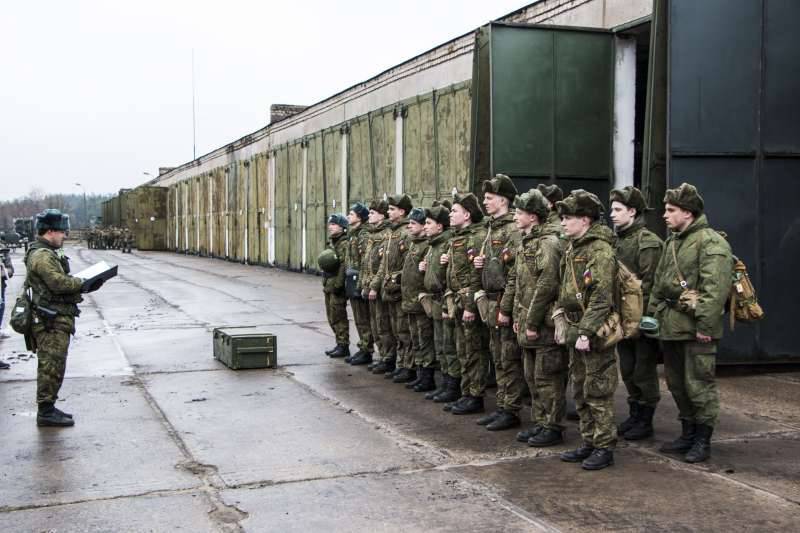 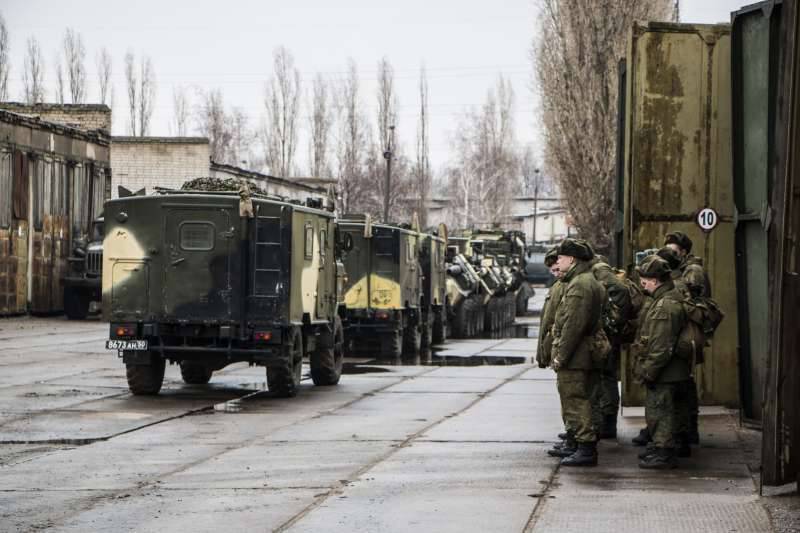 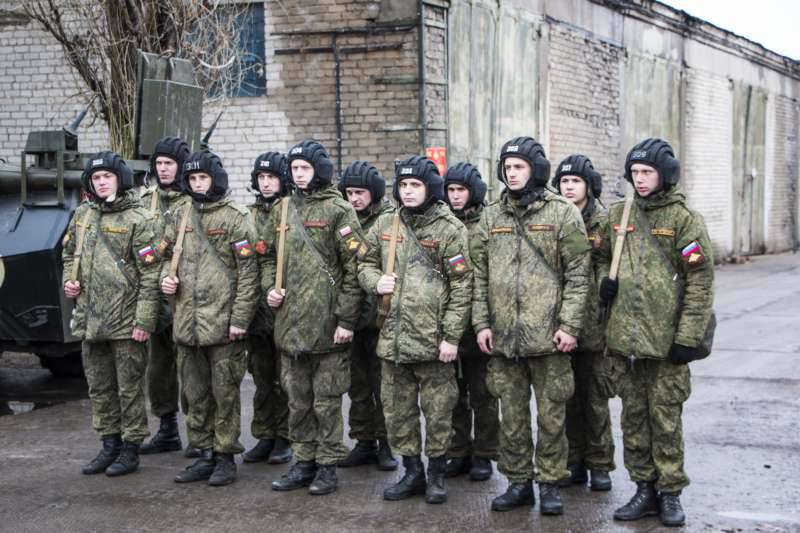 Then begins the process of withdrawal of equipment, loading of personnel and other movements. 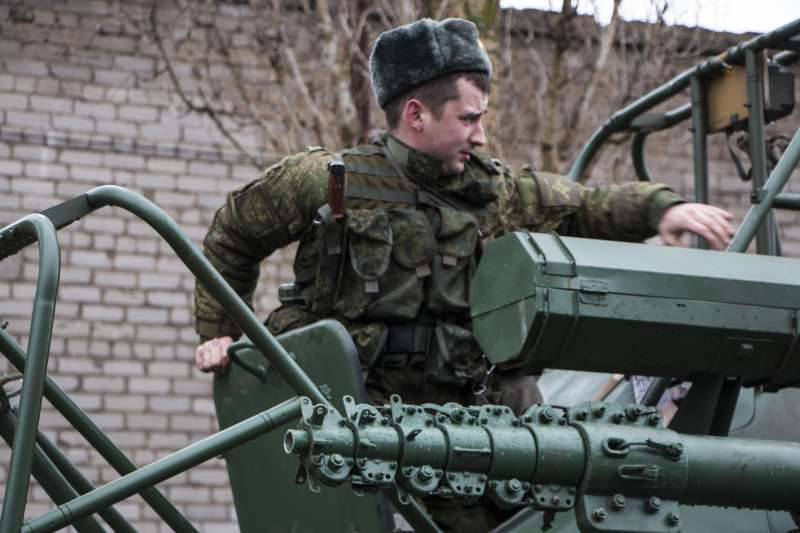 [center] The company commander looks at the head machine for the actions of subordinates. 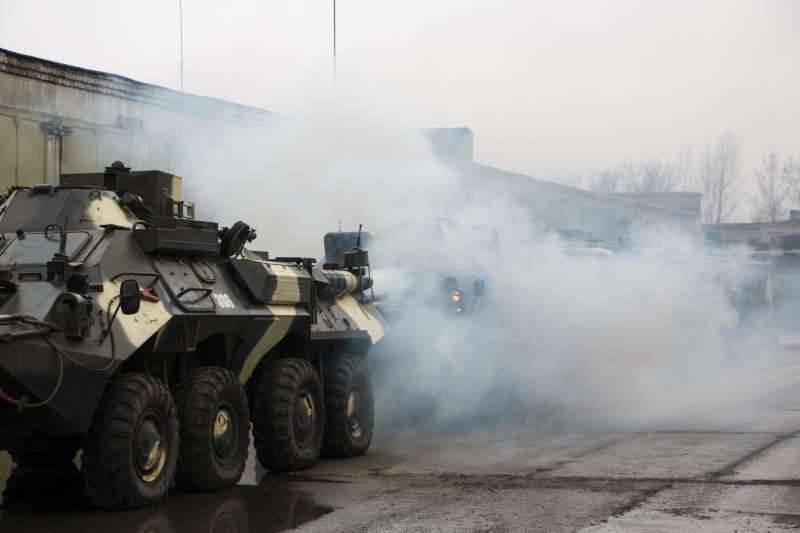 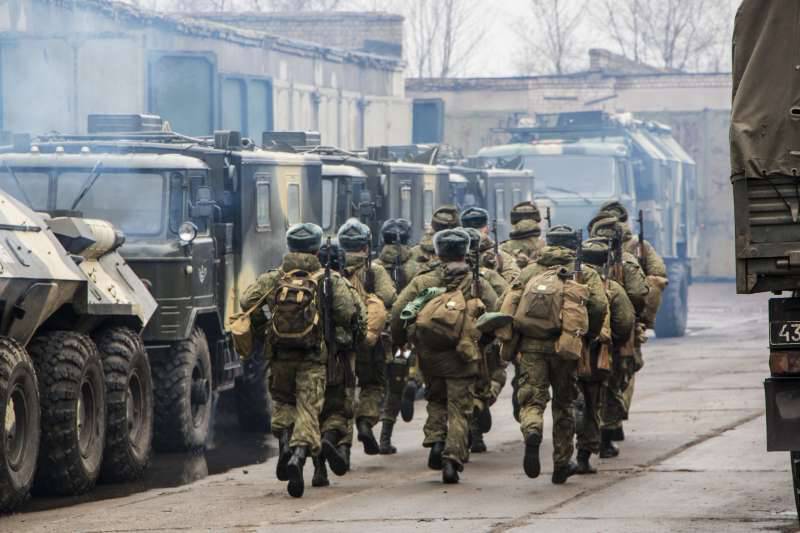 The "By car" command is performed as expected, that is, by running. 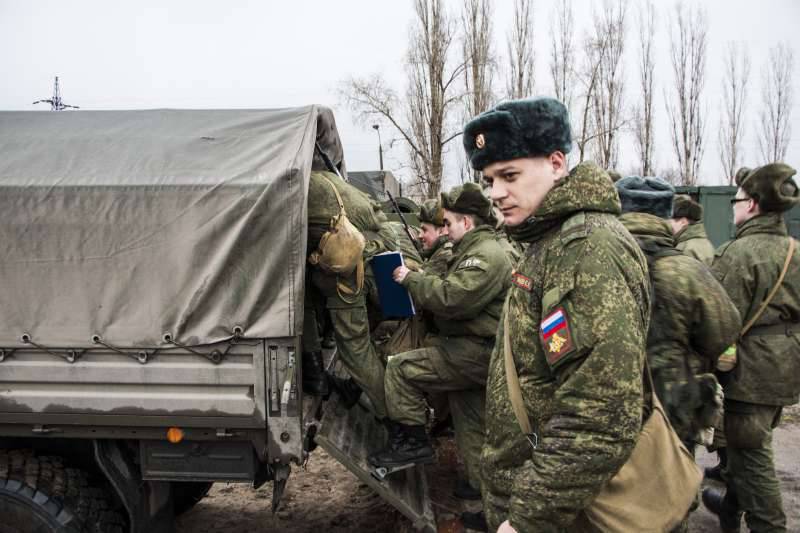 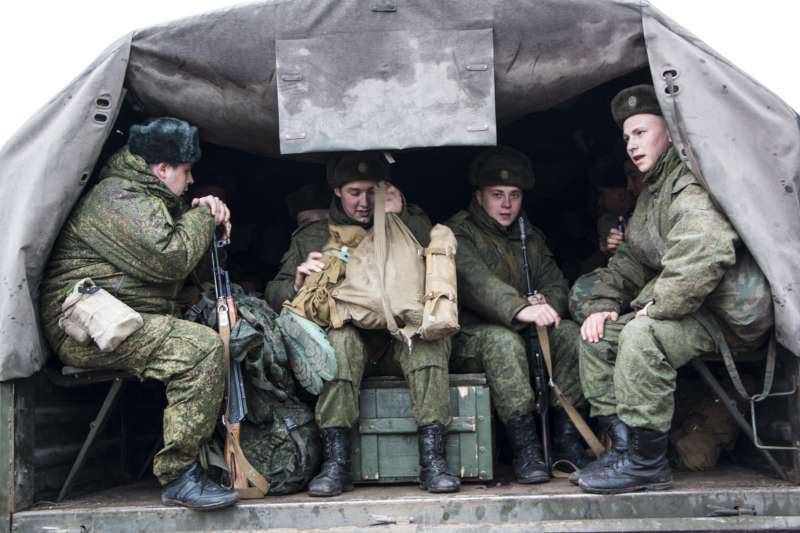 Plunged. Now the signalmen will be back in part only in a week. 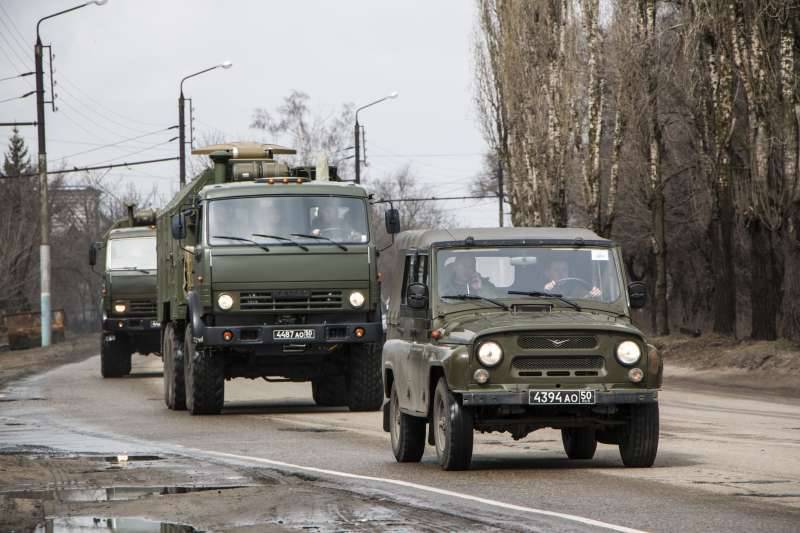 The column moves through the city.

[center] Place of deployment. Dirt for communication, as you can see, is enough. 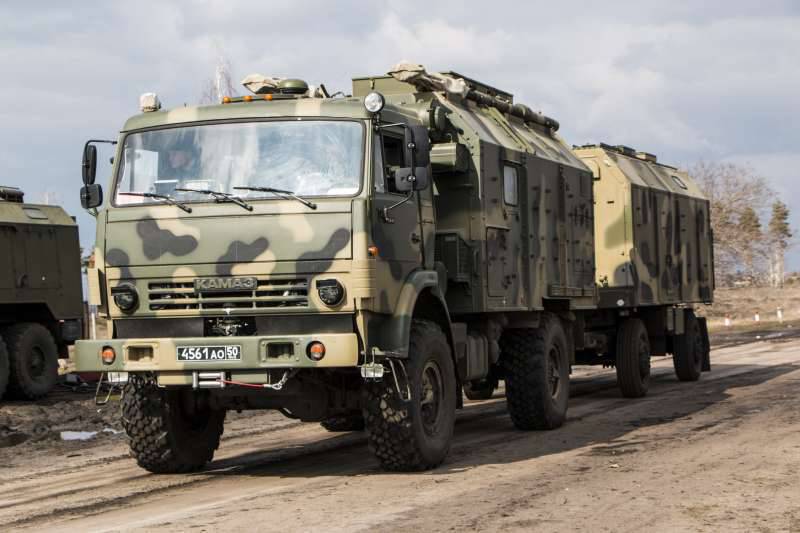 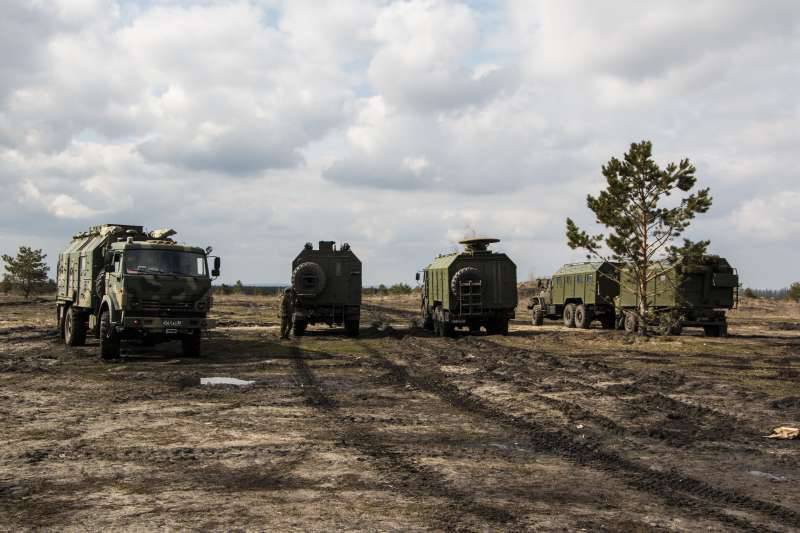 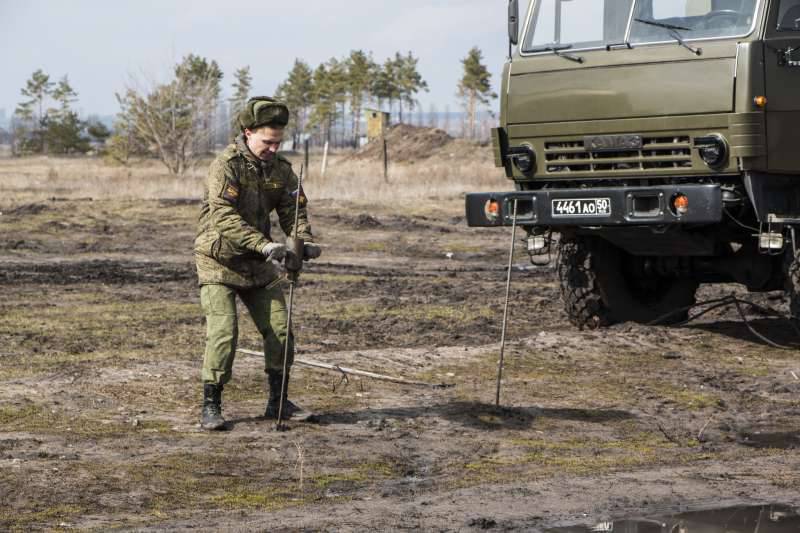 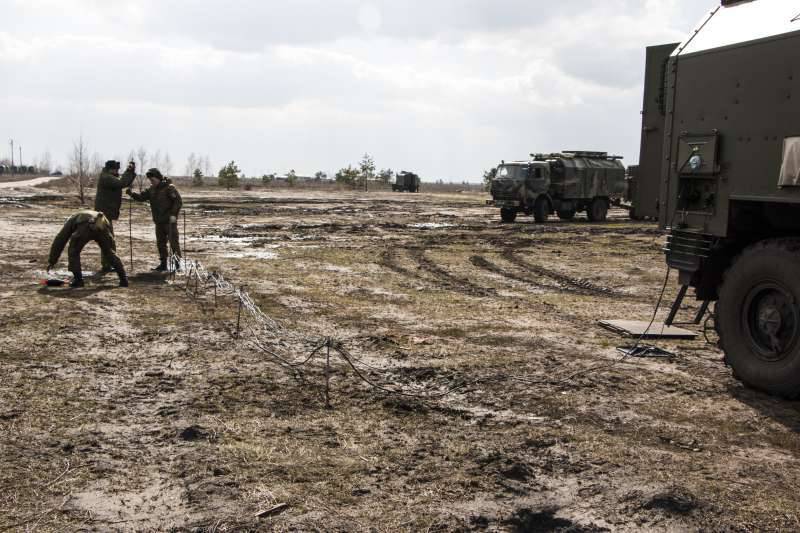 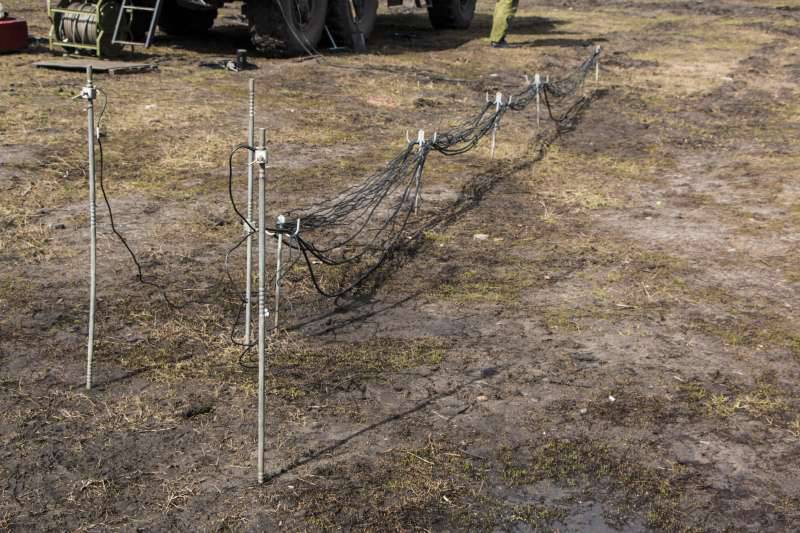 "Stick and rope" is the best way to ground. 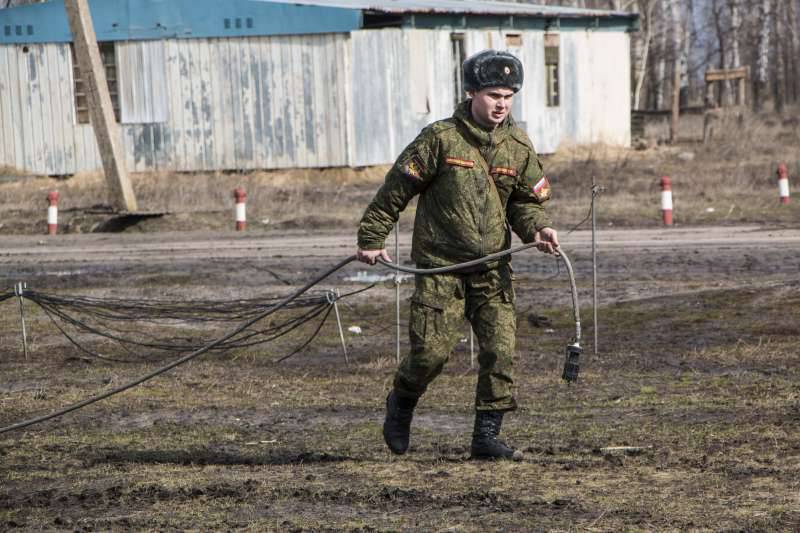 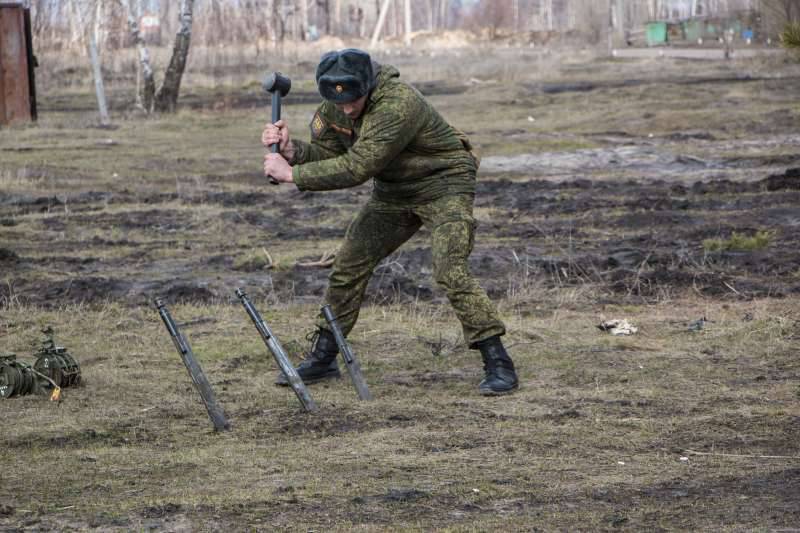 The sledgehammer is an essential attribute of the 21 century army. Paradox, but without it - no way. 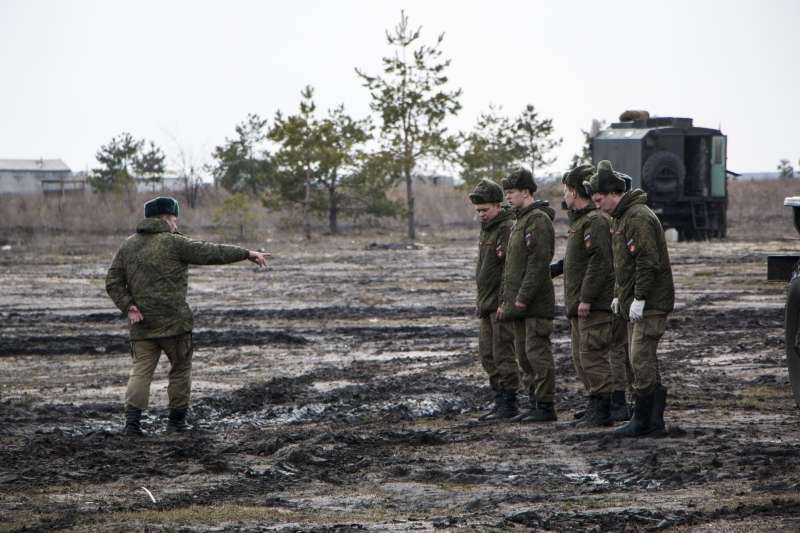 "Comrades of the military! Be careful when performing their duties! Do not let bungling and curvature!"

In fact, it sounded a little different, but the meaning is as follows. With petroleum jelly, you often deserve ...

To accomplish the task, it was necessary to put two complexes on alert. And with their help to receive data through closed communication channels. 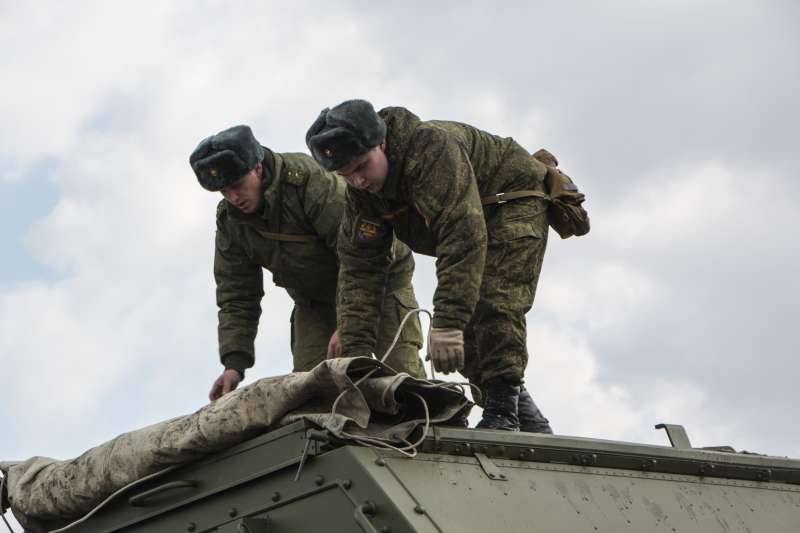 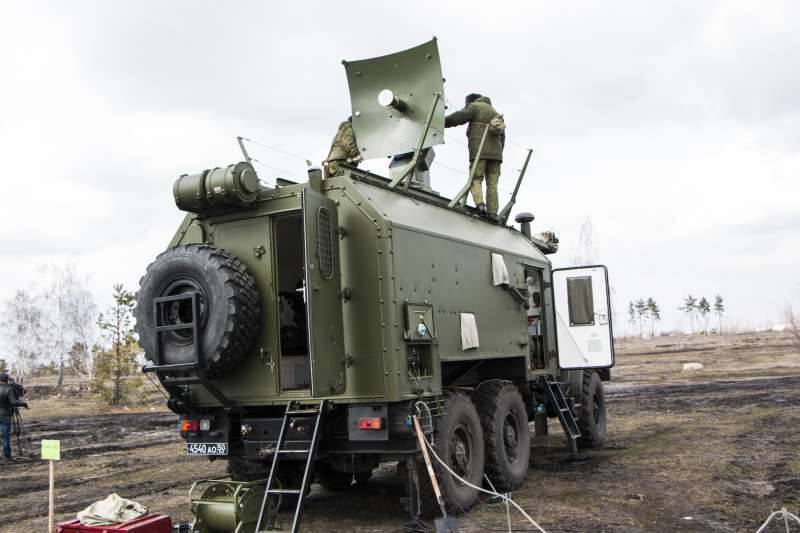 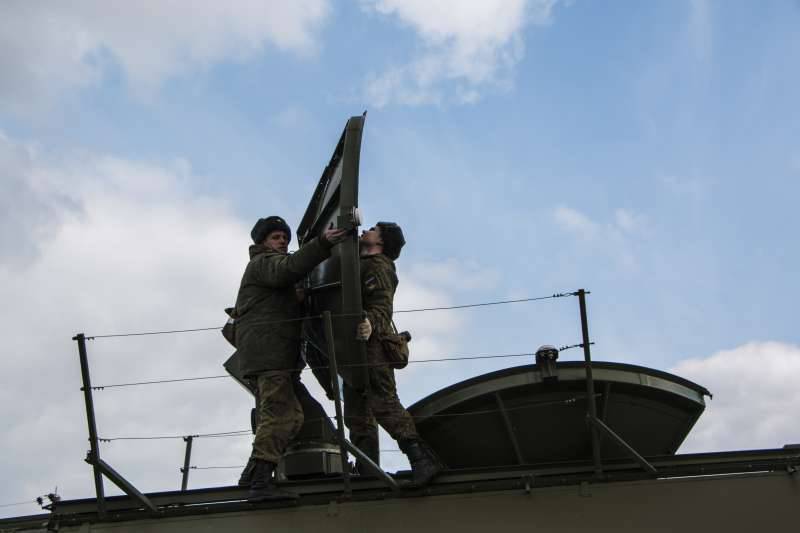 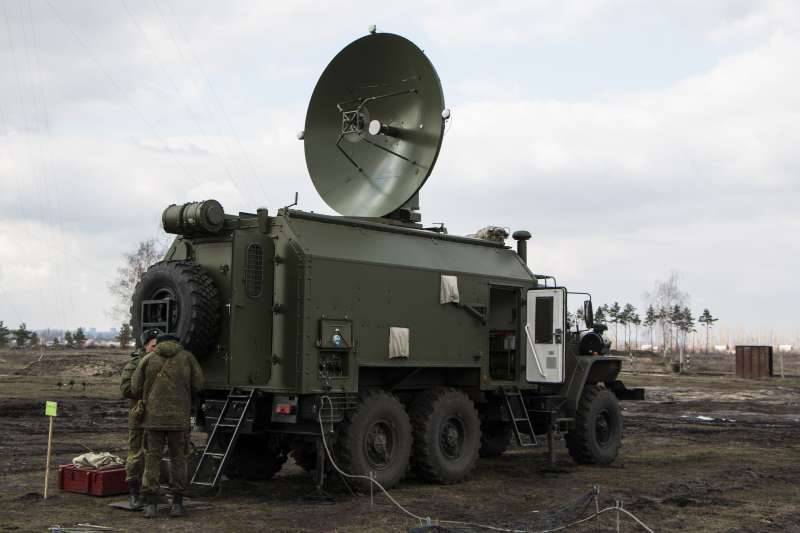 This station is all called "Cosmos". But in general it is "Rain". 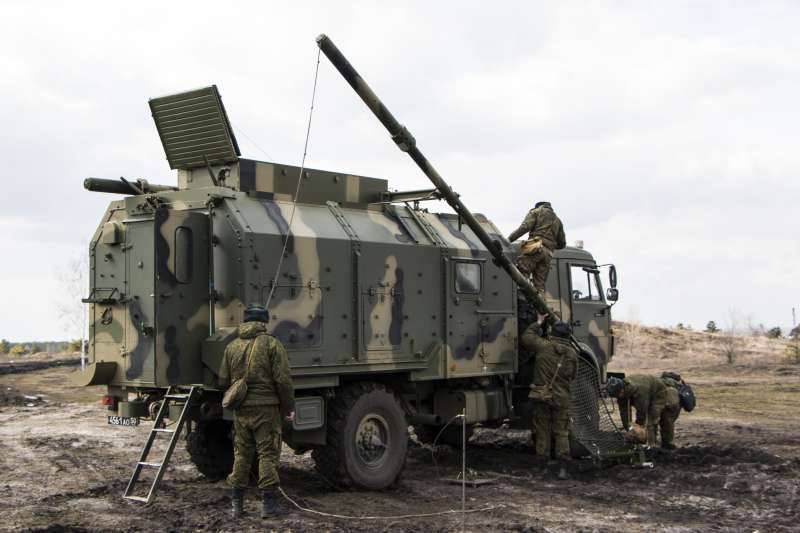 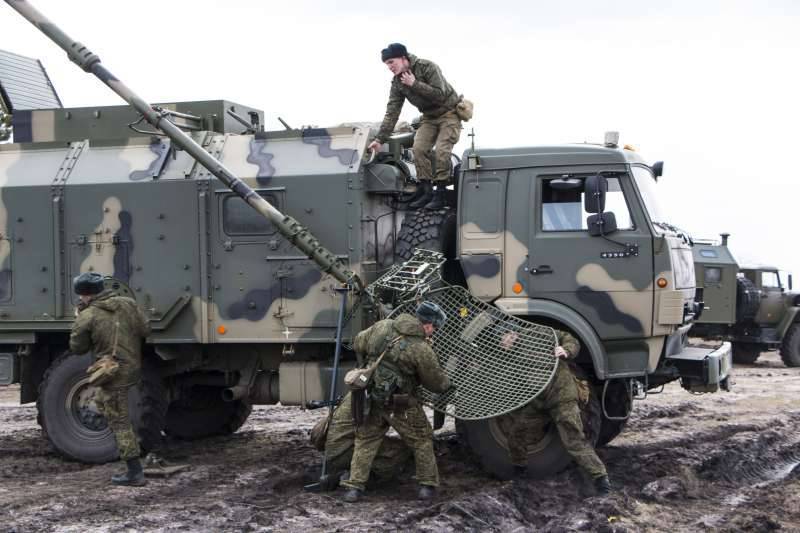 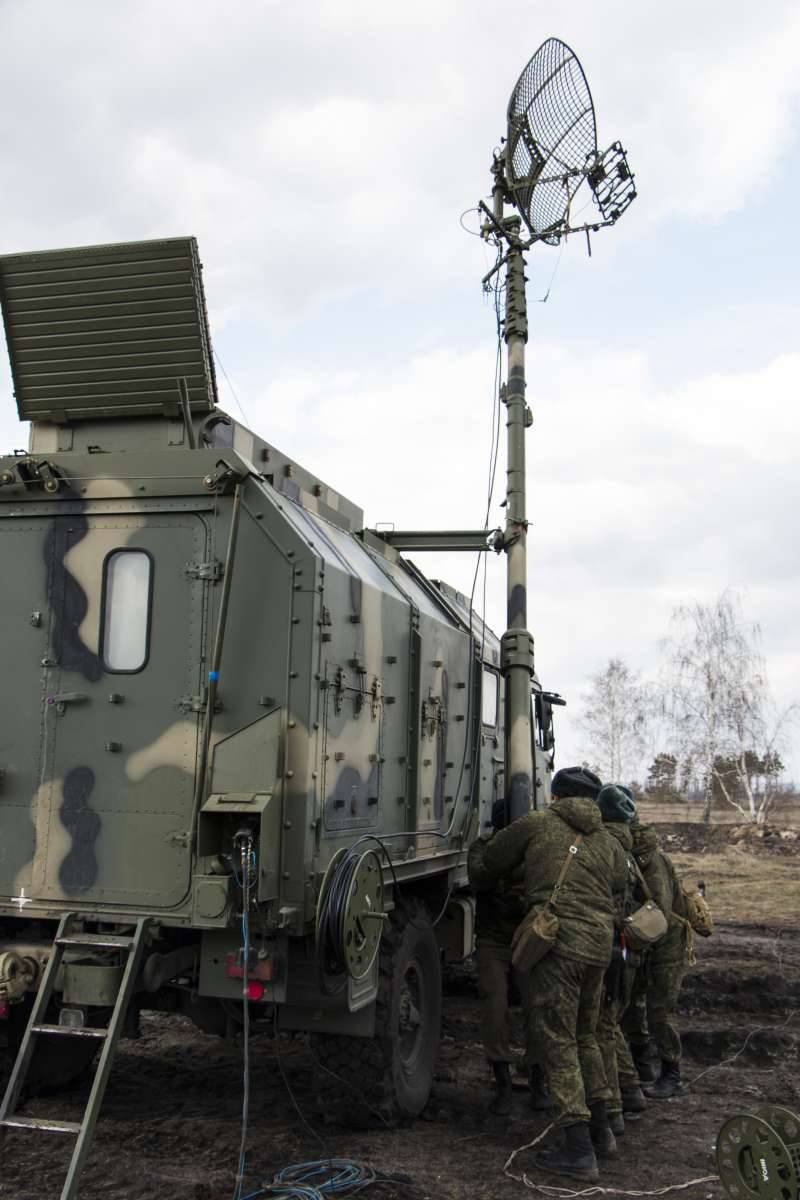 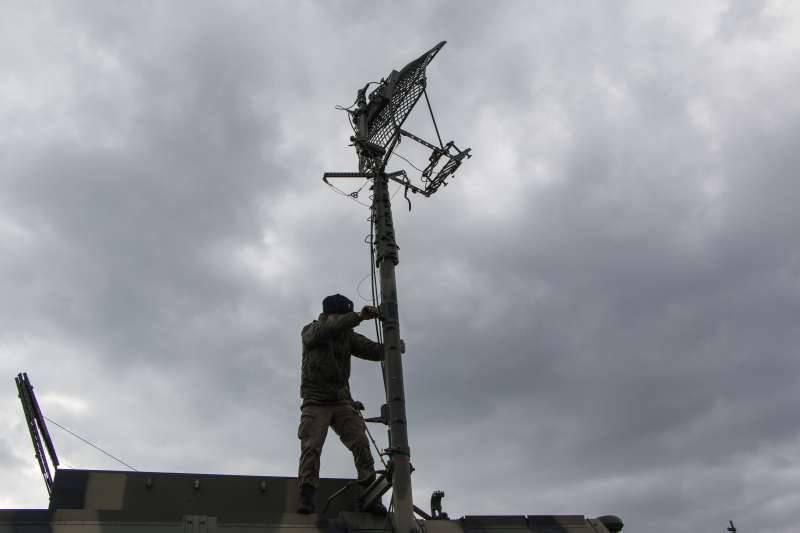 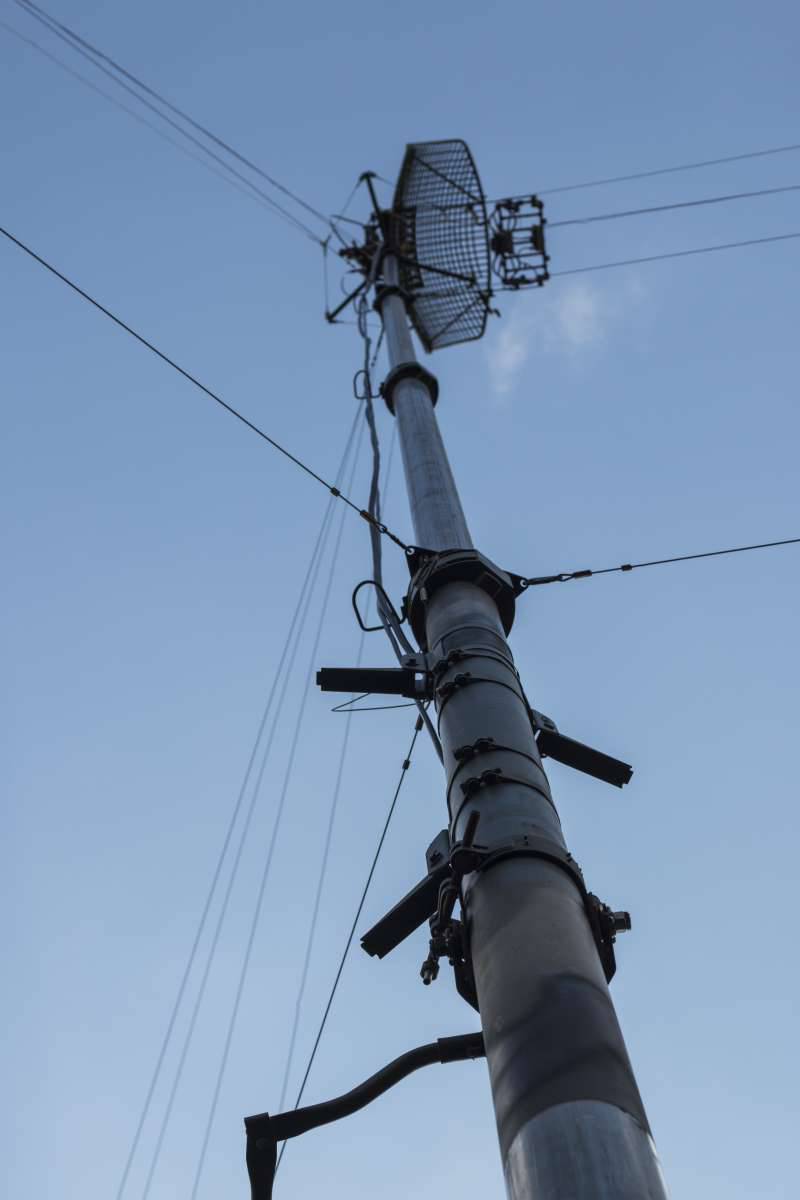 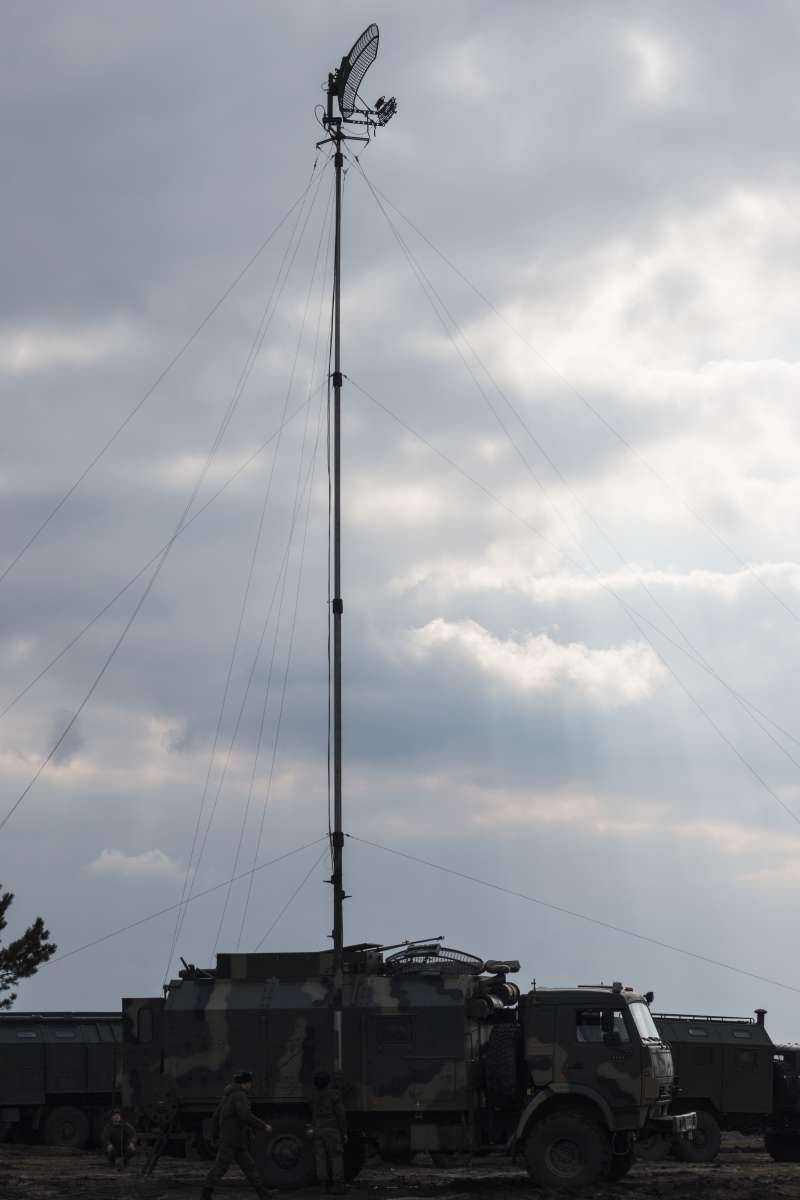 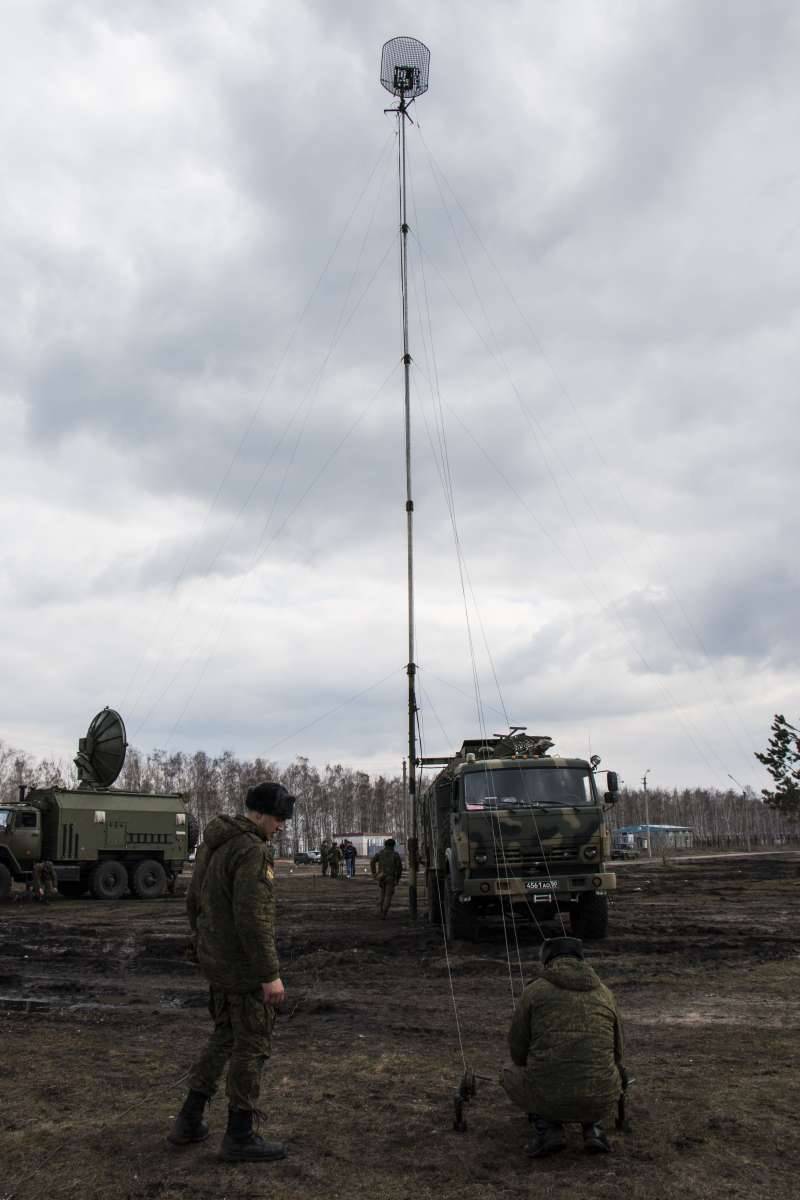 Installing tensioners is a bit like playing the harp. Only it is impossible to fake, there will be a lot of roar.

With the help of P-419, you can not only provide everything and everyone with communication, but also with the Internet. With decent speed.

We will continue our reports as soon as possible from the test site in the Kursk region, where the trainings themselves will be held directly.