Calling fire on myself

March 31 2016
103
24 March 2016 representative of the Russian Hmeimim home base in Syria dryly reported: "In the area of ​​the Tadmor settlement (Palmyra, Homs province), while performing a special task of targeting Russian aircraft against ISIL terrorists, the officer of the Russian special operations forces died." 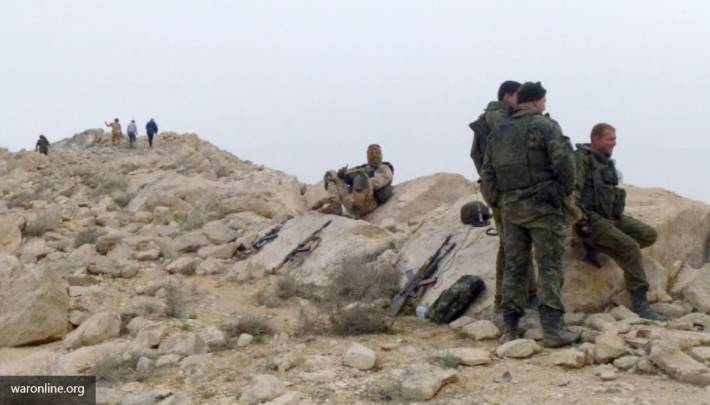 The officer carried out a combat mission in the Palmyra region for a week, he identified the most important targets of terrorists and gave out the exact coordinates for striking the Russian aviation. “A soldier died heroically, causing fire on himself after he was discovered by terrorists and surrounded,” the representative of the Khmeimim air base concluded his message.

In this regard, you, dear readers, wanted to tell one history.

This is not the time or place to argue about the essence of this word. For someone, the feat is “the consequences of stupidity manifested by someone earlier.” For some, this is voluntary sacrifice, resulting in a heroic act. We somehow think little about how many heroes surround us. Genuine, they do not strive for publicity and pretense, and therefore invisible. But they are. They keep our peace and security. These people live according to the principles of “I am responsible for everything” and “if not me, then who?” When everything is on the verge, it is these people who are the first to take a step forward, covering the rest. Because they have such a job - to defend their homeland. And not only yours.

Once in one Middle Eastern, which means not so far away, the country was preparing to die. The man was ours and very special, therefore he decided to die on purpose, too, and very in our way.

Of course, it would have been better not to die, but the man weighed all the pros, all the cons and chose death. The alternative seemed worse to him. I understand that for many it looks paradoxical, but - like that. The person deliberately made a choice in favor of “not to live”, because he was very ours and very special. And since he was very special, by virtue of his profession he knew for sure that he could not be taken prisoner by anyone.

By virtue of the same profession, the person knew that the statement “life is priceless” does not always correspond to reality. Here, for example, as in this case. Because in this most Middle Eastern country, the price of capturing a person like him alive is 50 000 dollars. Plus or minus, of course, adjusted for military rank. It seemed, on the contrary, to be encouraging. After all, they will take it alive, live-you-m! .. But the person who made the decision to die was able - again, by virtue of his profession - to calculate everything a few steps ahead. Take, and then will be tortured. It is in the books and films that the heroes die without saying a word. In fact, there are such craftsmen with the appropriate means that they have a dumb speak. It was impossible for our man to speak. It was not only the prestige of the state, honor, oath, military duty, although in this, of course, also. The most important thing, to speak - meant to substitute their comrades. Those who acted on the ground, and those who with a roar of a jet clattered the sky with inversion marks.

A long time ago, and quite at the other end of the earth, the samurai Yamamoto Tsunetomo, a vassal of Nabeshima Mitsushige, the third ruler of the lands of Hizen, said: “I realized that the Way of Samurai is death. In the "or-or" situation, without hesitation, choose death. That's not difficult. Be determined and act. " A man in a Middle Eastern country hardly remembered the advice of the old samurai, if he knew about them at all. The man had no time to remember and reflect. The man simply acted. It was probably adrenaline and pain. Pain, yes ... If it were not for the shot through the leg, he would have even fought. And maybe he would even try to leave. Now it all came down to one thing - not to give the enemy another three minutes. Then death will come, but until that moment it was necessary to hold on.

In a jumble of biblical ruins

All the previous week they worked hard. “They” is a group of local special forces and he is also a special commando, given to them, but with a different citizenship. The locals guarded him, and he carried out the work of PAN-a - the advanced aviation gunner. And this was another reason why he was not recommended to be captured. Few people in the war do not like so much as artillery spotters and advanced aircraft gunners. Most of them, perhaps, do not like, only snipers ...

So, the whole week they worked for wear, moving in the forefront of the offensive. Under the cover of darkness, they walked far forward along the sandy scree, hid, and with the first rays of the sun "came into play." Salt crystals on sweaty backs, weathered faces, red eyes from lack of sleep, a crunch of sand on the teeth, flashes of shots in the night and conducting bombs during the day - this went on for a week.

The offensive went to the ancient city - there was an order as much as possible to spare what remained of him. In practice, this meant that in order to clearly identify goals, they had to be chosen very closely. Otherwise, in the confusion of biblical ruins, it was simply impossible to understand what was ahead. One could, probably, under the specious excuse to spit on such subtleties. To lie down somewhere higher and from a distance, using a laser rangefinder, to grind all this "antiquity" with mines into fine dust. Together with the enemy. But our man could not do that. He came here not to destroy, but to protect. Therefore, without any hesitation, the PAN and his group continued to crawl literally under the very nose of the enemy. For the salvation of stones, who remembered the ancient Jews, Romans, Parthians, Mongols ...

Auguste Mariet, Heinrich Schliemann, Arthur Evans, Howard Carter, Austin Henry Layard - the names of these scholars, who have done a lot to preserve the historical and cultural world heritage, are known to many. The name of PAN, who actually did the same, was known only to his command, the other initiates were content with only the call sign. The military-scientific feat continued, as has already been said, a week. Then, at dawn, the group was discovered.

The reaction of the enemy was swift. Special Forces officers were pressed by fire, at the same time pushing out pick-ups with machine guns from two directions. The attempt to break away failed - the group was squeezed into a ring that squeezed every minute. No, of course, help was immediately called ... But overnight, the group was too far away from their advanced positions. Now they just did not have time. Artillery and aviation could not do anything either — the enemy had already got close to the group at close range.

“Hold on!” They called on the radio. It was clear that the rescuers were tight on all pairs, but ... But one by one, local special forces were killed or simply disappeared without a whistle shot. PAN with a shot-through leg crawled into some pit, from where he threw grenades and fired, until the Kalash spat out a tracer instead of the usual bullet. That was bad. It means that there are only three pieces left in the ammunition store - no more. Our man, equipping machine guns "horns", always the first to drive to the store three or four tracer cartridges in order to know in time when it was time to reload. So the tracer shot was really bad. BK left a cat crying. And it was a very disgusting sign that the shooting was almost quieter. Consequently, the enemy realized that only one survived from the group, and he will now be taken prisoner. Alive.

It was at this very moment that our special man must have decided to die. What he was thinking at that moment, now no one will know. He came here, to the Middle East, from a distant northern country, in order to protect this northernmost country here. To save what remains of the Middle East. People who do not want to live according to the laws of barbarism and buildings, through the efforts of the barbarians, systematically turned into illustrations of history textbooks. He did what he could. Now it was necessary to make that should.

Snobbishly, as he was taught, reloaded automatic. He estimated that the splinters and the shock wave of the FABs would not reach from his pit to the ancient columns. I got in touch with a pair of bombers northward. I gave them my coordinates, accompanying them with the note “stationary target”. I waited for confirmation of receipt of data. I learned the flying time. With a few shots, the Sagittarius, a complex of intelligence, control and communications, was out of action. After that, he took his last fight, a full three minutes long, from which he emerged victorious. At least, he lasted until the moment when his pit and its surroundings did not rise to the dazzling Middle Eastern skies by bombing ammotol. Together with him, the enemies and their pickups. The "Dryers" who carried out the dumping had no idea that they had bombed their own way, and then for a long time they tried to get a "receipt" from the ground about the results of the bomb-assault strike.

Then one of the participants in the unsuccessful capture who survived the BSHU would be taken prisoner. When contused, with his eyes bulged out, he will be interrogated to tell about our man who did not give up. At the Motherland that recognized the death of their officer, they will then compose that the local special forces have abandoned him and fled without exception. Abroad, too, will be writing about the deceased everyone, but more and more - shocked and with a bunch of exclamation marks. The British The Daily Mirror will even “go broke” in a capsl for this reason: “Russian 'Rambo' wipes out ISIS thugs by calling airstrike on HIMSELF when surrounded by Jihadi forces”. Our pilots for the dead will revenge fiercely, turning all roads into a single “bomb avenue” for the enemy who is fleeing from the ancient city. Yes, a lot of things later will be. That's just He will not be with us. He, the man, the keeper, the protector, the warrior, will remain under that ancient city forever. Just because our man had such a profession, a very special profession - to defend his homeland. To protect her, if necessary, even at very far borders ...

Of course, in this text all the characters are made-up, all the coincidences are random. What does not cancel the heroism of one of our very special person. Please remember him who died for his friends. Remember about him and about those of ours who continue to defend their Fatherland on the territory of one Middle Eastern country. As Nikolai Tikhonov wrote in his ballad:

Nails would be made from these people:
Harder would not have been in the world of nails.