Emirates armored vehicle "Enigma", equipped with a Russian combat module, will be tested in 2017 g

March 28 2016
32
Developed in the UAE, the BMP "Enigma", equipped with a Russian combat module, is planned to be tested in 2017 g, reports MIC with reference to the director of "Uralvagonzavod" for military-technical cooperation Igor Kulikov. 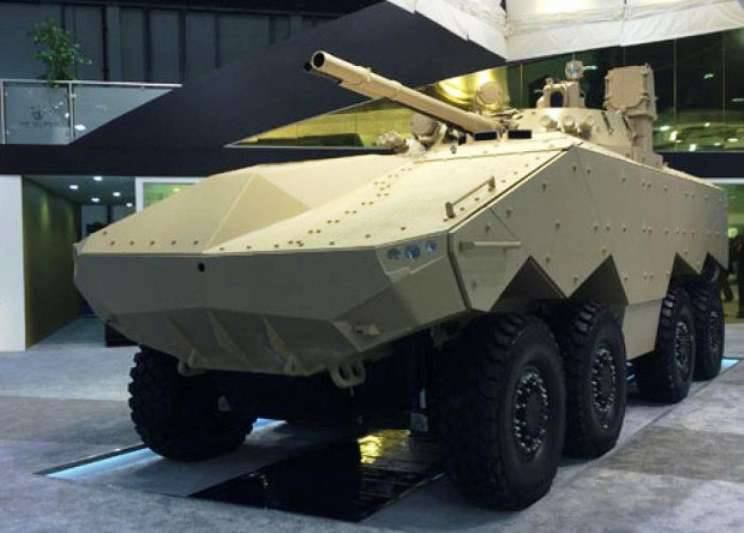 “Today we cooperate with Emirates Defense Technologies.” We are preparing a sample for testing in the UAE, we hope that they will be successful. Tests are planned in 2017, ”said Kulikov at the exhibition“ Defexpo India - 2016 ”.

Earlier, the general director of the corporation, Oleg Sienko, stated that BMP tests would begin in 2016.

Help newspaper: The Enigma BMP will be equipped with the Russian AU-220M combat module with an 57 mm caliber gun developed by the Petrel Research Institute (included in Uralvagonzavod). The module is an upgraded version of the A-220 offshore installation, designed for tracked and wheeled chassis. Earlier, the module with the 57-millimeter cannon was planned to be used in the Russian-French Atom BMP, but France left the project because of the sanctions. ”

Ctrl Enter
Noticed oshЫbku Highlight text and press. Ctrl + Enter
We are
The first show of the BMP-3 "Derivation" with the combat module AU-220MTechnique "Uralvagonzavod" at the exhibition KADEX-2014
Military Reviewin Yandex News
Military Reviewin Google News
32 comments
Information
Dear reader, to leave comments on the publication, you must sign in.