Does the “Russian nationalists” need Crimea? 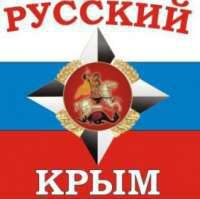 
The Crimea, the attitude towards its return to Russia, quite accurately showed that today's “Russian nationalism” had exhausted itself, ordered a long life, something else had to come in its place. If you have time.

March 18 is the only day of the year when you can say something important and be heard by the maximum number of people, when you can deploy your flags and don’t shake a fine for it or worse. The authorities of Tatarstan, for example, understand this well, and according to this, they did not allow representatives of the Russian public to the Kazan "Crimean" rally "We Are Together", about which the RNL wrote a year ago.

A year ago, Kazan nevertheless came, and stood at the fence that fenced the rally site, and expressed support for the Russian Donbass and rejection of the fascist ideology. They came this year, as evidenced by the video of Mikhail Shcheglov.

But the so-called “Russian nationalists” from other regions of Russia ignore the Crimean rallies. Why? The main reasons are two “zashkvvar” and “It is impossible to celebrate the Crimea, looking at what we did with the Donbas”. In the Donbas, of course, terrible things are happening. But how justified is youthful maximalism like “all or nothing”? “Crimeans are lucky, congratulations to them, very happy for them. But they are not ready to sing and dance over the unmourned and unrequited corpses of those who are not so lucky. ” It is very colorful, but not without distortion, and, more importantly, without answering the pressing question: how will the refusal of the support of the inhabitants of Crimea help the people of New Russia? And how to properly mask their inability to scale active real actions under the touching care of the inhabitants of New Russia?

Especially since the residents of Novorossia 18 March were celebrated! In Pervomaisk Square on the central square of Donetsk gathered about three thousand people. Head of the Donetsk People’s Republic (DPR) Alexander Zakharchenko, chairman of the People’s Council Denis Pushilin, mayor of the capital of the DPR Igor Martynov spoke at the rally. Zakharchenko recalled that the Crimea two years ago was the first to stand up "to fight fascism." The events were observed by the residents of Donbass and were happy when the Crimeans managed to achieve the goal, the head of the DPR said.

Region region discord, I own the situation in Bashkiria.

On the eve, the Ufimets Mark Sagadatov lucidly explains why caring Ufa people who love Russia need to come to the rally:

- Need to go. Everybody. At least in order to show that we are the people of Russia FOR the restoration of our Fatherland. This should see everything. And the President, and the liberal community, and our enemies and our friends. It is important. It works. I remember how in 2012, the brain exploded from the liberal public from millions of queues to the Belt of the Most Holy Theotokos. They could not believe that there are so many people in Russia, the overwhelming majority in reality, living in a different, different from them, reality. Now they say that Russia does not need Crimea, and that the Russians do not support the idea of ​​reunification. They are lying. As usual. Because when they lie, they say theirs. And on our side of the truth. Therefore, we must go out Anyone who is for Russia.

Because of this call, or because of some other, but some representatives of the Russian public came to this rally. A young girl, a writer, a representative of the parent community. Not all of them consider themselves to be Russian nationalists. NOD-sheep came (in each region this movement has its own essential features), and with them a resident of Donbass. He, a resident of Donbass, knows better - is it possible to celebrate the Crimea, looking at what was done with his native Donbas.

But some of the Ufa "Russian nationalists," that is, a small group that claims to represent all Russian nationalists, and indeed Russians in Bashkiria, explained their unwillingness to participate in this event by saying that "if the Russian Spring was renamed the Crimean authorities, then, apparently, Russians have no place on this celebration of life. ” These people seriously believe that their refusal of public approval of the return of the Crimea to Russia will somehow help the situation in the Donbas. A simple fact does not fit in their intellectual heads: the maximum approval of the reunification of Crimea with Russia will contribute, and not prevent the indefinite postponement of reunification with Russia of Donbass, as well as Odessa, Kharkov, which they allegedly bake so zealously.

Here we need to take into account regional realities. If Ufa's “Russian nationalists” could at this time, here and now, carry out certain mass actions, fully support Novorossia and the Crimea, actively and effectively express the interests of Russian Bashkiria, then, of course, they absolutely would have nothing to do at the Ufa rally “ For the Crimea "according to their highly moral aspirations.

But what do we see in practice? The lonely, somewhat abstract poster of a two-year-old “Russian of Ukraine, we are with you!”, Who attended the 9 picket in March of 2014, is now giving them a shrewery for today's approval of the return of the Crimea. It’s time to think, but is it, approval of the annexation of the Crimea by the so-called “Russian nationalists”?

The current scope of the actions of the Ufa "Russian nationalists" can be judged by how they celebrated on November 4 on the 2015 of the year. In the evening of November 3, 3 people attended the NOD event, two of them eagerly took pictures under Putin’s portrait (there’s nothing wrong with that). November 8 more than 20-ti, but less than 30-ti people gathered on the outskirts of Ufa in a deserted place, away from passers-by, with imperials, but without slogans, knocking, muttering, dispersed. It's all! This is the most massive event of the Ufa "Russian nationalists" over the past year, except for the laying on of flowers 2 in May 2015 of the year in memory of those who died in Odessa, held mostly by ordinary Ufimians and all the same NOD-sheep.

What could the “Russian nationalists” of Ufa get by attending the March 18 rally in a more or less organized way?

Try to speak publicly. The texts of the speeches at the rally were very different, the communists, for example, were asked a completely reasonable and important question for Ufa: “Why is one of the main streets of Ufa, 2007, still bears the name of Turkish citizen Ahmetzaki Validov, who wanted to defeat our country in World War II? .

Demonstrate something from their attributes and slogans to a large, really large number of people, not only the elderly, but also young people, since students represented most of the rally participants? Declare - we are! We are for the Crimea and Novorossia!

Experiences for Novorossia from the Ufa "Russian nationalists" are wonderful. But lately, in what concrete way have these experiences been expressed? How much humanitarian supplies were sent by them in the last six months? How many funds raised? How many shares held?

And it would be okay if ignoring the 18 rally in May would be caused by a special scrupulousness - well, these elevated, crystal clear souls cannot otherwise. So there is no, just these “Russian nationalists” are not particularly picky, since their scrupulousness didn’t prevent them from walking with the Imperials in the same system, in the same column with the Bashkir national separatists in the form of Kuk-Bure and GMS , Navalny fans, the Left Front and the same Communists. How is it that “conscience” does not allow them to speak out for the Crimea, but in the same column with the portrait of Navlny and the “Valid” flag - does it allow?

Each region has its own characteristics - its Russian nationalists, its nodovtsy, even their "Yabloko". One Ufimets, close to Yabloko, was also at the rally "We are together," greeted. “Do you need anything here?” I asked, not quite politely. “I need to show that I, in spite of everything, are glad that the Crimea is in Russia,” answered the yablok, a good-natured, no longer young Tatar named Raphael. And how can you not remember that among other things we were with him when raising our regional issues - at the Avrony Kronoshpan plant, on educational problems of teaching Russian ...

I have a very reverent attitude to the “imperka”. From my ladies' shoulders, her 4 November 2014, the police tried to take off - was not given. But lately, I have noticed with regret for myself - our urgent regional problems, including the problems of the Russians, are more actively raised by anyone, but not waving imperials by the “Russian nationalists”. There is something to think about, is not it?

What to do? Yes, all the same - to find common points of contact, while they are, and work on common topics. Perhaps the maximalists will someday understand that “singing and dancing over corpses” and showing approval for the return of the Crimea are not the same thing. Perhaps, I will understand something from the fact that I do not understand now. On all God's will.