March 28 2016
12
Syrian transport airplanes supporting Russian fighters delivered 28 and humanitarian aid to the city besieged by the militants of the IG. Deir-ez-Zor RIA News The message of the representative of the Russian Center for reconciliation in Syria. 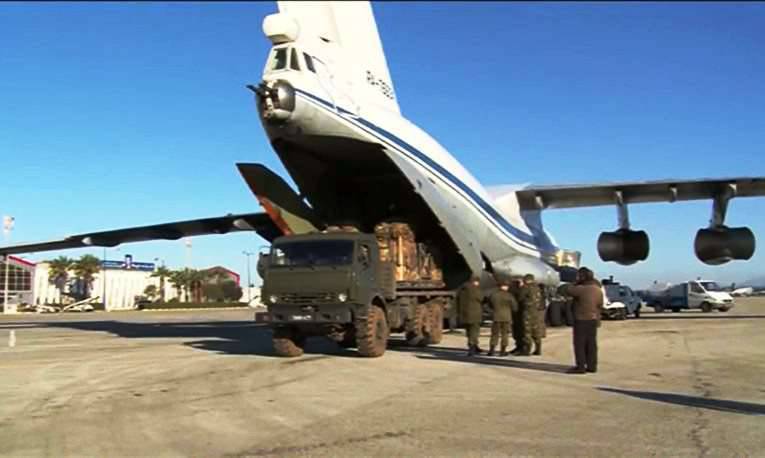 In the city there are about 200 thousand inhabitants, because of the long blockade they are in dire need of food, medicines, fuel and other essential goods.

“On March 27, the Russian Center for Reconciliation of the Warring Parties in the Syrian Arab Republic organized the air transportation and landing of 28 tons of International Red Crescent humanitarian cargo into the ISIR city of Deir ez-Zor,”
said a center representative.

According to him, only “to the Khmeimim airbase by military transport aircraft aviation The Russian Aerospace Forces delivered 60 tons of humanitarian supplies to provide humanitarian assistance to the people of Syria. ”

The interlocutor added that “cargo from the Khmeimim airfield was delivered by the Il-76 military transport aircraft of the Syrian air force, accompanied by Russian fighter jets Su-30 and Su-35”.

He also noted that “for several months international humanitarian organizations had unsuccessfully tried to organize the delivery of humanitarian aid to the besieged city”, and such delivery “became possible with the assistance of the Russian Center for Reconciliation”.

Ctrl Enter
Noticed oshЫbku Highlight text and press. Ctrl + Enter
We are
ARMY-2016. Cluster VCS. Part of 2. Space is space!Syrian transport worker with the support of the VKS of the Russian Federation delivered humanitarian aid to Deir-ez-Zor
Military Reviewin Yandex News
Military Reviewin Google News
12 comments
Information
Dear reader, to leave comments on the publication, you must to register.