March 28 2016
68
Republican Rudy Giuliani, the former mayor of New York, told Fox News about the ugly foreign policy role of Hillary Clinton. In his opinion, this lady is responsible for the emergence of the "Islamic State". Moreover, the ex-mayor called her one of the founders of "IG". Another person from the former category, former US ambassador to Russia, Michael McFaul, told the Russians "thank you" for freeing Palmyra from terrorists. Statements from Western officials also came in: Frank-Walter Steinmeier, the German foreign minister, said that a cease-fire agreement in Syria and the beginning of peace talks would have been impossible without Russia's constructive engagement. 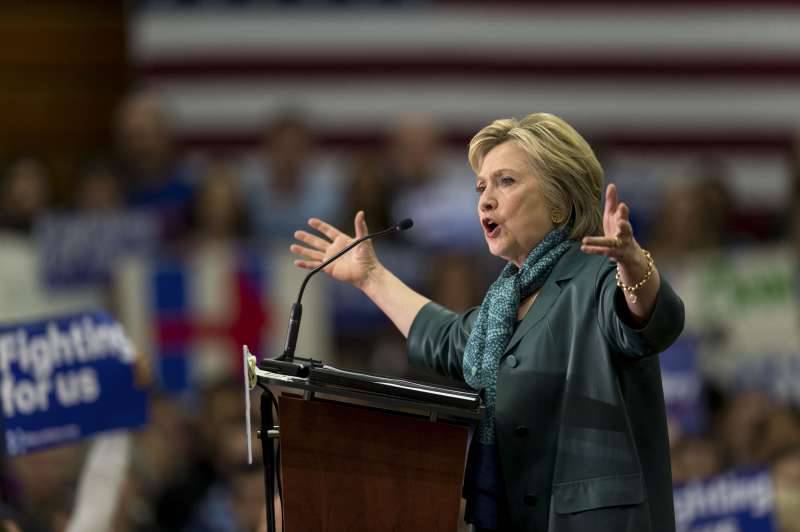 Statements on the involvement of Hillary Clinton to the "creation" of the Islamic State terrorist organization Republican Rudi (Rudolph) Giuliani, the former mayor of New York, made on the television channel Fox News. From the TV show The O'Reilly Factor, it migrated to some popular American newspapers.

The former mayor of New York, Rudy Giuliani, noted in the article "The Daily Caller", said that "Hillary Clinton can be considered one of the founders of" IG ".

At first, Giuliani seriously attacked the B. H. Obama administration on air: he reminded the public that the president was at a baseball game in Cuba immediately after the terrorist attack in Brussels.

Then the speaker hit a potential presidential candidate Hillary Clinton. Speaking about her, Mr. Giuliani noted that the former secretary of state “had a chance” to develop a strategy to combat IS, but instead of implementing a suitable plan, “she helped create an IS”.

According to Juliani, Hillary Clinton can be considered "one of the founders of" IG ".

To Mr. O'Reilly's question about how exactly she “helped create the IG,” Giuliani replied: “As part of the administration that left Iraq.” According to the Republican, the Iraqi Shiites under the leadership of Nuri al-Maliki could play a positive role in that situation.

In addition, the ex-mayor explained that H. Clinton "at the appropriate time did not intervene in the situation in Syria."

"The Salon" quotes the lead O'Reilly.

He tried to be "fair and objective" and noticed that Secretary of State Hillary Clinton "could not force Barack Obama to do something." “The only thing,” the moderator said, “what she could do was resign.”

On air Fox News a few days ago there was another program, where the same host commented on the last performance of Hillary Clinton herself.

Unfortunately, the TV presenter noted, the majority of Western leaders are afraid to oppose the IS forces in Iraq, Syria, and now in Libya. Politicians point to the fiasco of the Western struggle in Iraq and the huge problems in Afghanistan. It is these “reasons” that force Western politicians to abandon the “major confrontation” with Islamic radicals and murderers. O'Reilly himself believes that if you do not resist the power of these "savages", the world will continue to suffer from terrorism. And terrorism "will never cease."

Hillary Clinton just talked about terrorism - she spoke publicly about the threat of "IG". O'Reilly, who had listened to her speech at Stanford University on the eve, however, did not find any specifics there.

“Today we analyzed the presentation of Ms. Clinton and could not find there any indications of specific actions,” the moderator directly commented. - She offered to defeat the savages "IG"? Not at all! Instead, she used the ground to attack Republicans. ”

“It would also be a serious mistake to start carpet bombing settlements…”, Clinton noted, further declaring that the slogans themselves are “not a strategy”.

In this, O'Reilly agrees with her: slogans cannot be a strategy. But what is the Clinton strategy? How is she going to "stop the murder terrorists"? “IG”, like the black plague, marches across Europe, killing unpredictably, ”says the journalist. The victory over Islamic terrorism can be won, in his opinion, only by “brutal force”. Chatter about the fact that the Kurds cope with the "IG" is worth nothing. America needs a strong leader who will talk "with the smartest military people" and "make a clear plan of struggle," the leader is confident. Then, NATO also needs to "declare war on the IG". And "every Muslim country in the world" should be asked to use its troops and help NATO fight the "IG". And to hell with slogans.

O'Reilly, let us add, put Hillary Clinton in a bad light: he made the public understand that this lady doesn’t have any coherent strategy to fight IG.

Who is the real force capable of pinching a tail to terrorists?

It was them who thanked them through Twitter former ambassador to Moscow, Michael McFaul. Against the background of the message “Palmyra is liberated,” he wrote a short tweet in Russian: “Thank you!”

One commentator by the name of Eugene wrote in response: “And for what to say thanks to America? For destroyed Yugoslavia and Iraq? For drugs of Afghanistan? For bombed hospitals? ”

As recalled "Lenta.ru", 27 March, Syrian army soldiers and militia units released Palmyra: the army took under full control both the ancient part of the city and residential areas.

On the eve of March 26, it was reported that the Russian Air Force carried out 40 sorties in one day in support of the Syrian forces in the Palmyra region. 158 terrorist targets were attacked, more than 100 militants were destroyed, 4 tank, 3 gun mounts, 4 ammunition depots and 5 vehicles.

Russian victories over terrorists and Russian merits in the process of peacemaking were recognized not only by “former” ones. The role of Moscow was highly appreciated by the German Foreign Minister Frank-Walter Steinmeier.

An interview with him was published in a German newspaper. "Westdeutsche Allgemeine Zeitung" (Waz).

According to Frank-Walter Steinmeier, who recently visited Moscow, the SPD assesses the Russian actions against the Islamic State as the most successful.

The Federal Minister believes that the terrible recent attacks (in Brussels, Paris, Istanbul, Tunisia and in many other places in the world) show: there is no absolute security anywhere. Terrorism "is directed against all people, indiscriminately, regardless of their origin, from their youth or old age, whether they are men or women, Christians, Jews or Muslims." Probably, Germany was “just lucky,” so far she had been spared from attacks.

“You were in Moscow last week. How do you assess the participation of Russia? ”Asked the interviewer.

According to the minister, Russia "still pursues its own, very different interests in Syria." At the same time, Russia "is not interested in constant chaos and the complete destruction of state structures in the Middle East." That is why the agreement reached in Vienna and Munich with Russia and the countries of the region on a road map for the cessation of hostilities and a political settlement, the minister considers “important”.

“The ceasefire agreement, humanitarian access, the beginning of peace talks in Geneva - all this would not have been possible without Russia's constructive participation,” said Steinmeier.

The Russian army has proved the effectiveness of force strikes against terrorists and contributed to the release of Palmyra, and US presidential candidate Hillary Clinton is not in a position to propose any specific countermeasures to the radical militants. There are also scandalous accusations against the former Secretary of State: they say, Mrs. Clinton is the creator of IG.

At the same time, Russia is being thanked not only by former diplomats like McFaul, but also by current politicians like German Foreign Minister Herr Steinmeier.

True, this does not mean that Berlin, as well as Brussels, will stop dancing to the American tune. Alas, Europeans can praise Moscow and fly to Moscow, but they will act with an eye on Uncle Sam.

Ctrl Enter
Noticed oshЫbku Highlight text and press. Ctrl + Enter
We are
Results of the week. "Do you know who they are?" Oh brother! They are crooks! ”Michael McFaul and Russian prejudices
Military Reviewin Yandex News
Military Reviewin Google News
68 comments
Information
Dear reader, to leave comments on the publication, you must sign in.