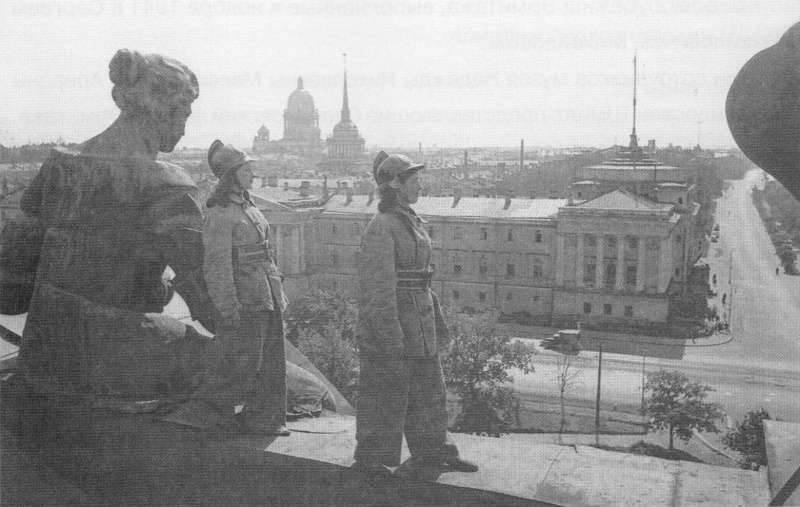 An elderly gentleman lives in a large and very expensive German house, he suffered eight strokes, but he is still cheerful and hospitable, sometimes he plays music with pleasure. The gentleman comes from an ancient German surname. On the wall hangs a portrait of his father, Field Marshal Wilhelm von Leeb, who commanded a group of army "Nord": she took Leningrad in the ring of the blockade. By the way, von Leeb was not a national socialist, he was a traditional general, brought up in old Germany, before Hitler's Reich.

“Once, when the blockade had already begun, the father asked Hitler,” recalls the son of the field marshal. - Soon, women with babies will go to our side from Leningrad. What should we do? And Hitler replied: "You will shoot them."

The field marshal persuaded Hitler to carry out an operation to completely encircle the city in the Tikhvin area. Nothing came of Leeb's plans. Soviet troops were able to eliminate Tikhvin protrusion and forced the Germans to withdraw. This was the main reason for the resignation of Field Marshal, who repented in front of Hitler in the failure of the operation, but this repentance did not help him. By order of an angry Fuhrer at the beginning of 1942, von Leeb is sent to resign. For professional German military, Leningrad became the last point in his military career, which had been developing to this day as successfully as possible. None of the heirs of Field Marshal's military career of his father did not continue. His son Herman chose to play the piano.

And the city continued to fight. In late spring, public baths were opened on Ligovskaya. As the surviving participants in the events recall, they all bathed together - both children, men and women. At the same time, people laughed. Yes, people were laughing. Yes, so loud and contagious that many people still remember this and remember that amazing feeling of lightness and unforgettable feeling of happiness from contact with warm water. Came to wash the skeletons covered with leather. It is difficult to imagine today, but it was so. And people showed each other.

The Germans had hoped that an epidemic would begin in the spring. Under the snow lay numerous unburied remains of people, accumulated sewage due to broken sewage. They waited, but did not wait. 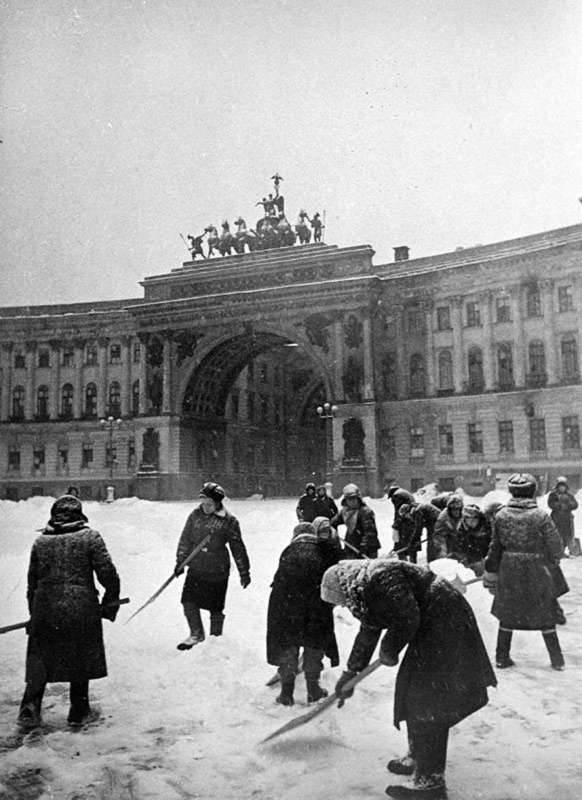 8 March 1942 of the year. Absolutely invisible date. But on this day, exactly six months after the beginning of the blockade, a volunteer cleanup was organized in Leningrad to restore order in the houses and on the streets. It was not necessary to make anyone: all people understood that in the absence of order and cleanliness an epidemic would begin that could not be stopped.

Alisa Brunovna Freundlich, a great Russian actress and ethnic German by birth, survived the horrors of the blockade and still sometimes comes to the communal apartment No. XXUMX, where her family survived during the war.

History Alice is astounding. She was lucky twice. At first she was not sent, like almost all Leningrad Germans, to Siberia, and then she was lucky to survive the blockade. Seven-year-old actress Alisa acted in hospitals in front of the wounded and, together with her classmates, walked through other people's apartments, helped those who did not get up: she drowned the stoves, went to fetch water, and bought bread cards. And then returned home.

“In our apartment, few people are left alive. The janitor Aunt Shura and the family with young children, the actress recalls. - So that I would not be left alone, I was often handed over to these family people when my mother left for work. I still remember how the neighbors' children sat down at the table and ate their meager lunch. At the same time I was not invited. Sat, looking away to not see it. And Aunt Shura worked as a janitor. Naturally, at this time many apartments were opened, and somehow she brought me a huge doll all in satin and lace, with a porcelain face, arms and legs. It is evident that in some abandoned apartment she picked up this doll and decided to please me. ” 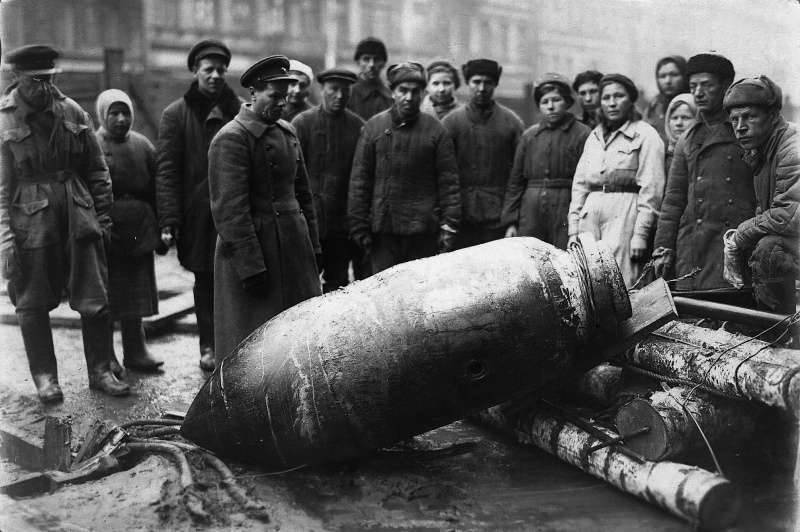 And here is another secret blockade - football. In an almost dead city, he became the main living force. So the city is not dead. It was also a signal to the enemy. Football players wore red and blue T-shirts. At the newsreel stands the stands of the stadium and a few spectators. One of them - the famous writer Nikolai Tikhonov. Who specifically initiated the football match in besieged Leningrad is not known. But this decision was made in January 1942. Gathered all the players who managed to find alive. All this was done to show both the townspeople and the enemy that the city is alive. For some players, this decision saved the life: many of them were on the Nevsky patch. The search engines carry out excavations in the area every year, and every year skulls and bones are found here. The Nevsky Piglet is a piece of the south bank of the Neva, thirty kilometers from Leningrad. Only seven hundred meters deep and two versts along the water - this is the most terrible place of the blockade, the Leningrad battle, and, possibly, of all world wars. On operational maps, it can be seen that this was the thinnest part of the blockade ring - less than 15 kilometers. Since 19 September 1941, the Soviet troops tried to break the blockade in this place. Every day, every day soldiers were sent here. And every day, every day here they died. From the opposite bank of the river in boats, on pontoons, there was an endless stream of crossing. Boats were collected throughout the city. How many soldiers drowned in this area of ​​the river are not counted. In 2003, a heavy tank KV (“Klim Voroshilov”) was found during the underwater shootings, which was blockaded at the Kirov factory. The tank sank at a crossing about ten meters from the German coast. KV stood under water for 60 years with a full ammunition ammunition, their 136.

“Replenishment arrived here every night,” recalled Ivan Egufarov, a defender of Leningrad. - The battalion will come - in the evening it is no longer there. Again the battalion will come, and again by the evening it is no longer there. ” The day had to make up to 10 attacks. They said that there were only two roads from the “patch”: to the grave or to the hospital.

From the letter of Senior Lieutenant Pashkov, who also fought here: “There were corpses all around, in top piles. We hid behind them. They dug holes in the ridge, were lit in them burning pieces of electrical wire. Why were black from soot.

How many our soldiers died here is unknown. According to Soviet post-war data, more than 50 000 was killed, and according to German data - 500 000.

“In the hollow, near the creek, the toughest hand-to-hand fighting took place,” recalled Ivan Yegufarov.

It was in this hollow that Putin Vladimir Spiridonovich, Putin’s father, Vladimir Vladimirovich, was wounded. 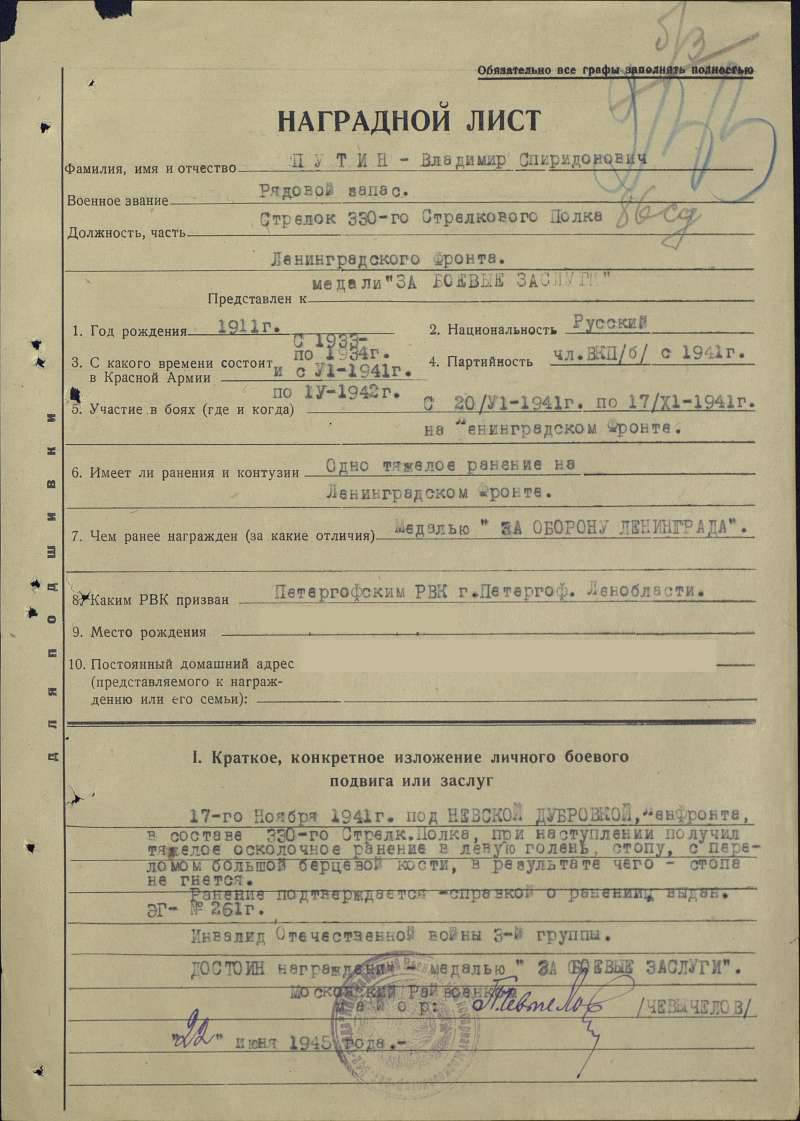 This is a historic place. Nearby, three kilometers from here, in January 1943, the blockade will finally be broken.

There was not much talked about the blockade of Leningrad then. Perhaps, in order not to push out the heroism of the second city against the background of the first, i.e. Moscow All major blockade monuments are open at least 20 years after the war. The largest monument, on Victory Square, was opened through 30 years. And although in recent years a lot has been told about the martyr's life of Leningrad, much has not been told or even declassified. For example, what happened on the outside of the blockade ring.

The largest monument to the blockade is made in the form of a ring, which is broken in one place - this image is understandable to everyone. The first attempt to break the blockade was made on the third day, September 10 1941. Then there were many such attempts. The largest and most tragic of them occurred in January 1942, when the Luban operation began. Then our 2 shock army moved to Leningrad from the south, it broke through the German defense and plunged into the forests for 75 kilometers. Part of the Leningrad Front was to meet her. Should have been, but could not. And very soon the 2-I shock army itself was surrounded. In March 1942, the 2 Army was completely blocked by the Germans. To help her send a new commander. This is Andrei Vlasov, one of the heroes of the battle for Moscow. He is considered a specialist in leaving the environment. But it's too late, not to break the ring. In June, famine begins in the encircled army.

About this terrible time and tell German historians. Today, in Germany, Georg Gendlach, a pensioner, lives near the famous resort. 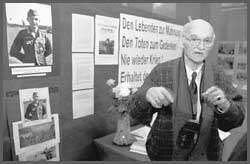 He spent almost the entire blockade near Leningrad and did not fire a single shot. This is what he claims. Maybe. After all, Gendlach is a military photographer, and his photo album is simply called “Volkhov Cauldron. Documents of horror. " He invented Russian captions for his photographs himself. Russian Gendlach well learned in captivity. From photographs you can trace the fighting in June 1942: "German Tanks help close the circle ”,“ Abandoned Russian camp in the Volkhov forests ”,“ Captured Russian soldiers ”.

Whatever they may say in relation to General Vlasov, there is only one historical truth: he surrendered to the enemy and urged Russian soldiers to surrender, some of whom followed this call. Much is known about the fate of traitors. About the fate of Vlasov too. He was hanged in the Soviet Union after the war as a traitor to the Motherland. But another fact is less known: after all, more than half of the soldiers of the 2 shock were left lying in the Novgorod forests. Another part of the soldiers refused to surrender, deciding to break through to her. They made such an attempt near a village called Meat Bor. Those who survived called the corridor along which they exited the “corridor of death”.

The artilleryman Pavel Dmitriev, one of the survivors, recalled: “We had to overcome this resistance band, the width of which was about 200 meters and it was shot from two sides by the Germans. We were under sighting fire all the time. People died there very, very much, mass. There was a solid layer of human bodies. But they preferred to die than to deliberately go into captivity to the enemy. Death Valley is the name of that scary place. Death was at every turn. But we tried to bypass it. We moved from the funnel to the funnel, rolled, crawled, froze, as best I could. The worst thing was when he found the wounded or sick. Ask - shoot! - and you can not, the hand does not rise. How can this be shot down! ” 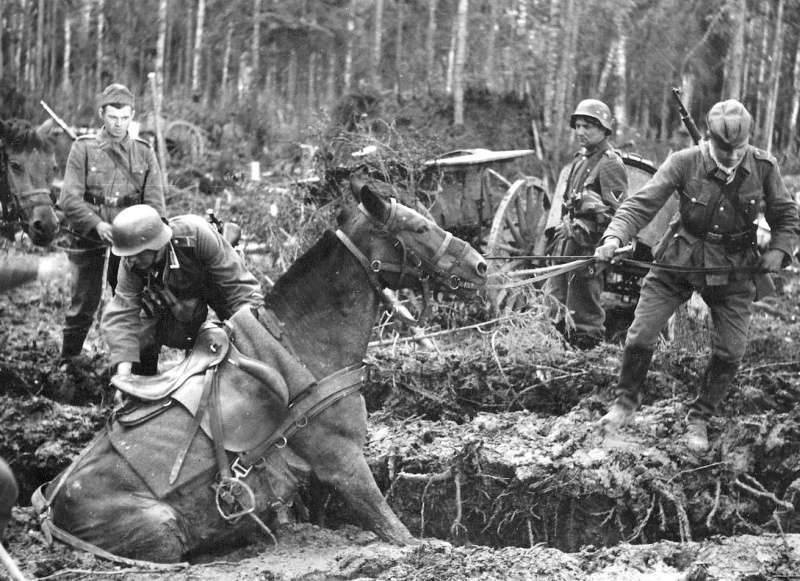 German photographer Georg Gendlach recalls how he once saw two Russian soldiers. One of them, seeing the Germans, put a rifle to his head and fired. On the spot. He did not want to be captured. “Another soldier lay half dead, was badly wounded and exhausted,” the photographer said.

The catastrophe of the 2 th army affected dozens of Russian villages: their inhabitants went into the woods, burned their houses, so that the Germans would get nothing but ashes. German photographer Gendlah drew attention to the scratched bark of trees. “Nearby sat a family, a woman, and three- and four-year-old children. They sat and ate grass and bark. I can never forget this picture, ”he said.

The second shock army died. Breaking the blockade in the spring of the year 1942 failed. This was accomplished only in the 1943 year. 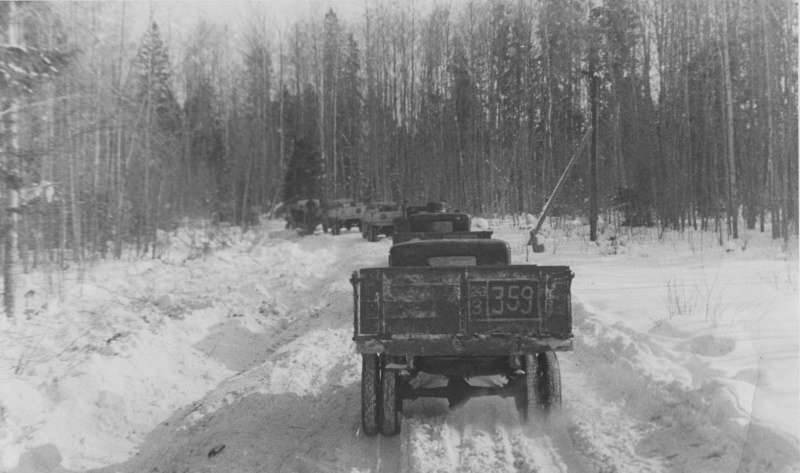