Notes of the Colorado Cockroach. No visa free? Get Bezgaz and Bezsvet! 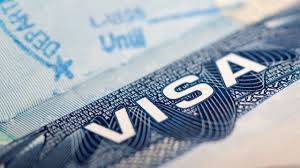 Greetings to you, dear readers! Special emphasis today on the word "dear"!


Honestly, when I wrote the previous article, there was some concern. Will you understand. Do not slide to the indiscriminate accusation of hatred of the Russians and Russia. Too confused were their own thoughts. But it turned out that my thoughts on the part are clearer, or something. I read many of your comments with great interest. Thank you all for an objective analysis of our situation and my thoughts.

By the way, now I have found the answer to a question that has torn the brain for many years. You talk to the ant. Brain ... vocational school. Inquiries ... Where to buy something, dig up a kitchen garden in a dacha, attach a child to a gymnasium instead of a normal school. A hard worker who understands his role in the common anthill. But there is a problem. There is a crowd of just such not very endowed with intellect, ants and ... Find a brilliant solution. And why? And because the uterus correctly puts the question. And the right question is the right answer to the right question.

Recently, even Vyshivanok began to think about what is happening in the country. More and more often from him I hear about zrade. And if before the guilty were identified before the start of the conversation, now the situation has changed somewhat.

First of all, attitudes towards ATO and shelling have changed. Vyshivanok probably found the globe of Ukraine. He began to ask about the location of some settlements and towns in the east. Why, if the town is located on the territory controlled by the separatists, is there a Ukrainian Armed Forces? Why do "separatists and traitors" in personal conversations do not cry about "nenke", but, on the contrary, curse "liberators"? Believe me, it is worth a lot.

And what's new with us? You know this better than me. The most outstanding events, just surprised, not Savchenko and the new prime minister. Savchenko causes hiccups in the majority. Blame - let him sit. And sitting somewhere in the tundra. Do not blame - release. But the court found her guilty, which means "along the tundra ... by rail ..."

New Prime? And what will this change? Not for the country, although the exact same question can be asked in this perspective, for the common man. Absolutely nothing. In any case, taxes will rise, wages and pensions "stand up to the last." And prices, like real revolutionaries, ride higher and higher. What kind of "face muzzle" will tell us about the improvement of life in the next program of our television is absolutely not important. Are you surprised? And this is true.

Much more important to us is what concerns everyone. Our great Peremoga, about which Kulyavlob repeated many times, gave its fruits. I am a complete rejection of Russian gas. Many people remember winning reports about this great event. Ukraine got off the gas needle! We now "sat down" on European civilized rakes! Holes to the place where they sat down, will be more blood, too, more, but "tse Europe."

On Monday, the deadline for deciding on the provision of benefits to pay for gas. The Cabinet must solve this issue as a matter of urgency. Otherwise, Naftogaz will not be able to supply gas to the population. More precisely, thus, regional gas companies will transfer to the purchase of gas at market prices. And as they say, the great gas producer of Slovakia is picking up prices. And in the end, our batteries will be "golden."

Are we in Europe? For sure! The example of neighboring Moldova is not a decree. There, for a long time, 20 years ago, these privileges were canceled. And nothing, live. True, hot water is long gone. The apartments are heated by stoves. Most often one room. But Europe. And the great dream of dill, bezviz, there is.

At the time, become the whole country in a pose and ask Great Dill to re-open its “cornucopia” in the form of a blue pipe.

But even worse is the situation in our nuclear power plants. And this is not only our problem. But both Russian and European. Chernobyl people still remember.

"Traitors from Crimea" by their refusal of Ukrainian electricity unbalanced the entire energy system of the country. Like this. And you thought that we were introducing an energy blockade? And the "Russian occupants" stopped giving orders to our plants and factories. What led to their partial, and often complete, stop. And you thought it was we who refused to cooperate with Russia? Not. We are joking.

The loss of such consumers has led to the fact that Ukrainian networks have become simply dangerous for Ukraine. You cannot turn off any blocks. During the day, the country needs a lot of electricity. And where to put him at night?

Maneuvering thermal and hydroelectric power plants? Not really work. Capacity is not enough and they are involved where electricity is needed around the clock. Remaining nuclear power plants. That they decided to "play."

In general, these decisions on nuclear power plants have long been a source of gray hair for Ukrainian experts. And for the world too. That transfers to the American components, that ... And rang out.

South Ukraine NPP is almost stopped. All three units of the South-Ukrainian nuclear power plant for various reasons, stopped. So far, no increase in the radiation background has been recorded. But what our years. By the way, the power units of all Ukrainian NPPs need to be modernized. Work them even a maximum of 10-15 years. And then? Doesn't the Great "Selyanskaya" country need electricity?

I'll be back a little bit. To the beginning of notes. Remember peremog with gas? Add peremog with nuclear power plants and get ... weird. Gas consumption in spring in Ukraine is greater than in winter. 50 million cubes like a bush daily. I wonder where the gas goes?

Naturally, as it happens, I can not circumvent the terrible tragedy in Brussels. The statement of our main counter spy struck with its meanness even Ukrainians who have already seen everything. And we perfectly understand the reaction of your Medvedev and Zakharova. This is still "diplomatic expression." So do not think that this is the opinion of our people. "Foam" is always just foam. The true taste of the drink in the drink itself.

Similarly, the murder of the lawyer "Russian Grushnikov" Grabovsky. I do not know how it is served in Russia. Just because the topic is not particularly interesting for you. And we have ...

Russians deliberately killed a lawyer. Your FSB, on Putin’s personal order, did it. I already wrote that Putin is everywhere in Ukraine. Another confirmation. And no one talks about fascism in Ukraine. We do not have fascism. These are all inventions of the Russian television. And "pravosekov" no.

Today in Ukraine there are "right" and "not right" killers. Exactly. Here are the elder killers "right." The correctness of this determines the presence of strong guys in balaclava at the courthouse. The more of them, the "more correct" killer. And these "correct" are released under the "personal commitment." Imagine. “Do you undertake to no longer do illegal acts?” “What are you, sir, judge?” “By the way, do you have no relatives in Muscovy? I am a patriot! Then, for now, you are free!”

And at the end, a small answer to those who still believe in the "morbid cowardice of Ukrainians." Protests began in Ukraine! While not against the government. So far, against the actions of the economic bloc. But it began! In the conditions that I am telling you. The workers of Yuzhmash have risen. 1500 workers of Yuzhmash design bureau are protesting against the dismissal of the former director and the appointment of the Kiev "manager". Yes, the last ILF Zenit-2SB Russia launched into space 11 December last year. Yes, now KB is practically unnecessary. But, what if ...

In Kherson began the action of transport workers. The reason is commonplace. Salary to transport workers is paid in "percent". And it lasts for two years. The Russians have already forgotten what it is. Get so far 20% of salary. The rest later. When the money will be ... Trolleybuses in Kherson have already stopped work. Further more.

Well, about Russia. More precisely about the two women of Russia. Famous women. Even popular.

Last year, when many of the Russian artists in unison were crying "on TV" before the Ukrainian people for aggression, popular singer Zemfira Ramazanova at her concert in Georgia stepped on the stage with the Ukrainian flag. Remember how many words about this were expressed both by us and by you? How are opinions divided?

And how does the people express their opinion? Yes, very simple. People simply cease to perceive the artist. As it already happened with Makarevich. Over the past year Zemfira gave only three concerts in Russia. Three! From the rest had to be abandoned due to the fact that people simply did not buy tickets. I do not know if it came to the “great” that she is a citizen of the “aggressor country” and looks idiotically with someone else’s flag or just looked into her wallet, but ...

At the concert in Vilnius, the Ukrainian flag has already caused quite the opposite reaction. Absolutely in his style, Zemfira "besieged in Russian" Ukrainian patriots with their flag.

But there is another singer in Russia. Which was not afraid of all these stupid sanctions. I was not afraid to personally go to the LC and the DNI. And do not play a "quick" concert and run away, but wander among the people. See how they survive. Look at the results of the democratization of Donbass. I'm about Julia Chicherina. It was she who, in the Donbas, helps our people with her art. Thank you so much for that. Donbass, and all of Ukraine will never forget you!

Therefore, I want to finish today unconventionally for a written article. The Internet allows it. I'll finish the song! Song of Chicherin. A song that will become, I am sure, a requiem.

Ctrl Enter
Noticed oshЫbku Highlight text and press. Ctrl + Enter
We are
Notes of the Colorado Cockroach. Between Christmas and Baptism ... chillyNotes of the Colorado Cockroach. Part of 14. Tse Europe!
Military Reviewin Yandex News
Military Reviewin Google News
44 comments
Information
Dear reader, to leave comments on the publication, you must sign in.