March 29 2016
90
Donald Trump continues to shock the pastoral and tolerant public in the United States and around the world. On Sunday, March 27, he made quite a number of sensational statements. First of all, the presidential candidate announced that NATO is an outdated organization, the content of which costs the United States of America too expensive. Earlier, the politician made similar statements regarding Japan and South Korea: according to Trump, they pay too little for maintaining American troops on their territory. The Republican candidate even promised to withdraw American troops from these countries if they did not begin to spend more on their content, but at the same time not to interfere if Tokyo and Seoul would like to acquire their own nuclear weapons. 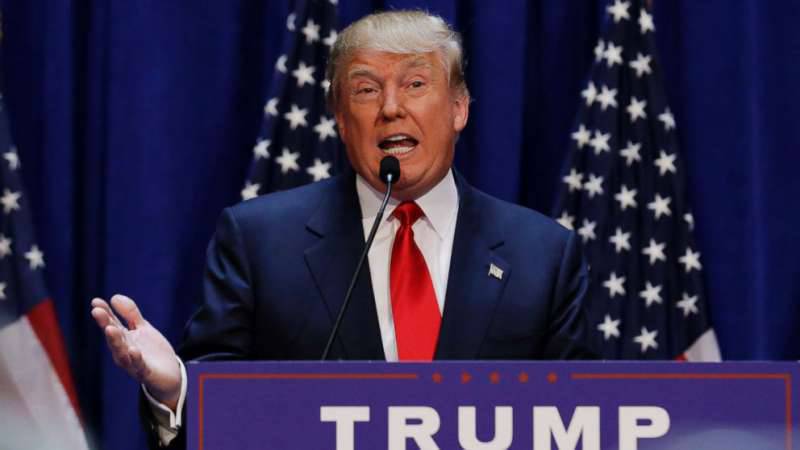 Returning to European affairs, Trump also mentioned that what is happening in Ukraine is not something critically important for the United States, but it is Washington that fights for this country much more actively than Western European countries.

In the Middle East, Donald Trump accused Saudi Arabia of abusing the economic and military assistance of Washington, without which this country would not last long, which, by the way, is completely untrue. Also, the presidential candidate promised that in the most radical form, with its possible presidency, America could stop buying oil from Riyadh. About Israel, while nothing significant was said, but given the general vector, news for him they will hardly be good. On the other hand, another idea was expressed that it was quite seditious for the modern US that it was impossible to fight ISIS and Assad at the same time. Considering that all these years America was instilled with a delusion that without a victory over Assad, a victory over ISIL is impossible (!), Then we have a real breakthrough in the information field.

In general, it can be said that Trump's main foreign policy line and those influential circles that stand behind him have completely formed. And this is an objective reality. By 2016, there was a very clear picture of possible prospects for the American elite: either saving the world dollar system at the price of collapsing the US economy or saving the American economy through a collapse of the dollar and the collapse of the world dollar system. The financial oligarchy is strictly for the first option, the American industrialists - for the second. International bankers are, to put it simply, Hillary Clinton, industrialists and the whole real sector in general - Donald Trump. These are two poles, the world between which there can be no way.

Trump's hypothetical but unlikely coming to power would mean a real revolution for the United States of America. Namely, the transfer of power from the financial world to industrialists. That is, bankers will be made dependent on the production elite, and not vice versa. Essentially, the order that arose in 1913 with the founding of the Fed was eliminated, continued under Roosevelt (starting with the confiscation of gold from the US population in 1933, ending with the Bretton Woods system) and finally enslaved the world under Reagan and Clinton. Nowadays, the power of speculators not only meets resistance in the world, but also threatens the economic stability of the United States. After all, fighting for super-profits and global control, bankers did not particularly care about the survival of production within the United States, with the result that the real sector gradually lost ground under the influx of first European and Japanese, and then Chinese goods.

The essence of the industrialists' policy, if they enter the White House, will consist not only of subordinating bankers to the needs of the real sector, but also economic, as well as foreign policy isolation of the country. Here we return to the beginning of this text and once again read Trump's quotes. They should be interpreted as follows: “America has got too many freeloaders, for the protection and maintenance of the economic stability of which we spend too many resources, protecting them and giving them a share of our domestic market. It’s time to stop this vicious practice. We close our market from outsiders, and now they protect themselves. We spend serious money on defense, even if they spend it. ” In other words, the States in their new guise will not only not give trade indulgences to the satellites, but will also force them to put money on a new arms race. This will be a new isolationism.

We, Russian, Trump, of course, is not at all a friend. He is a strong personality, combining intelligence and determination, and such people are a very difficult contingent for any kind of interaction. It is enough to remember what the alliance with similar independent figures turned out for Russia historically: Recep Erdogan, Mao Zedong, Adolf Hitler ... So you shouldn’t excessively admire Trump. He is not a lone hero, a fighter against the system, but simply a representative of another circle of the elite. Yes, the ostentatious radicalism of the scandalous candidate is only a visible shell, which is necessary for future fundamental changes. But in stories There are examples when ideology ultimately prevailed over pragmatism. It is not yet clear whether it will be possible for the Americans to avoid this trap.

Nevertheless, the possible arrival of a moderate isolationist in the White House opens up some opportunities for us. Whether domestic diplomacy, whose activities, starting from 1985 year to the present, on 90% consists of incompetence, failures and betrayal, will be able to take advantage of these opportunities, the question is quite another.