The revenge of Queen Zenobia 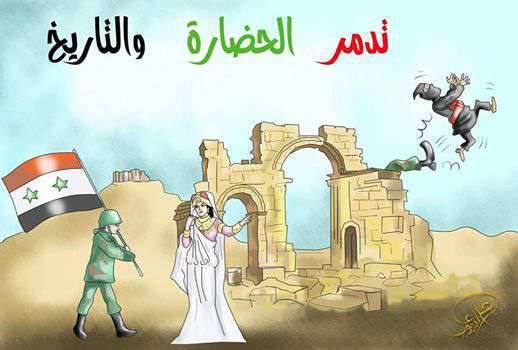 The victory of the Syrian army over the terrorists in Palmyra is the victory of the human world over the sinister hydra of terrorism. There are places on planet Earth that are important for all of humanity - for example, ancient cities that breathe legends and tales, have stood for many millennia and witnessed the ages following each other. And only in the soul of some absolutely wild, uneducated barbarian (in the worst sense of the word) does not arise trepidation before the greatness of the world stories. Only such wild and uneducated vandals (in the worst sense of the word) can defile thousand-year-old sacred stones.

The terrorists of the so-called “Islamic State” (or DAISH, whatever you call them), as well as the “moderate Syrian opposition” that joined them - and it’s not necessary to deny that its militants acted in alliance with ISIL - they didn’t just desecrate what and look without thrill impossible. They littered these sun-warmed stones with the blood of the slain.

In Syrian cities - races with flags. Syrians celebrate this important victory. During a telephone conversation with Russian President Vladimir Putin, the head of the Syrian state, Bashar Al-Assad, accepting congratulations on the release of Palmyra, said: "Obviously, the struggle is for oil, but there is a lot of oil everywhere, and Palmyra is one." 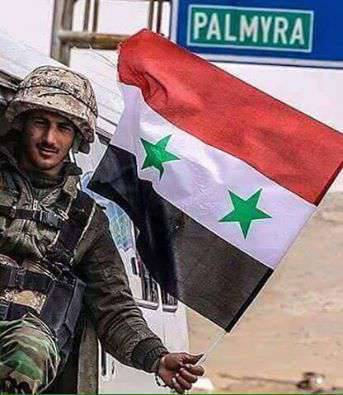 In the foreseeable future, numerous tourists from all over the world will reappear in Palmyra. But now it will be impossible to look at the amphitheater and not to remember: here in the 21st century a public execution of captured soldiers and civilians was staged. And looking at the colonnade, it will be difficult to refrain from sad thought: on some of these columns, nonhumans hung the decapitated body of the tormented scientist, researcher Palmyra, one of the last speakers of Aramaic Khalid Assaad. This 82-year-old man, despite savage torture, refused to tell the terrorists where the ancient treasures belonging to all mankind were hidden. And also - somewhere here on the territory of the memorial, the Islamists rolled out a tank living captive fighter of the Syrian army. Well, when you check into a hotel, you involuntarily think: there was a base of sadistic terrorists.

Palmyra, under the rule of the villains, was like the captured ancient queen Zenobia. Prostrate proud lady who led in chains through the streets of Rome.

The chains were gold, but the captivity is captivity - the once formidable mistress died in captivity, unable to withstand moral torment and longing for the Motherland.

Palmyra Zenobia fell in 272 year under the onslaught of the superior forces of Rome. And in 410, the “eternal city” itself was captured by the barbarians and plundered. In the 455 year, what was left of the great Rome was ravaged and destroyed by the Vandals.

It is no coincidence that at the beginning of the article I clarified that barbarians and vandals are mocking at cultural values ​​in the worst sense of these words. The then wild tribes, in principle, did not do anything that everyone else would not do at that time. And the vandals did not so much smash everything in their path as they took out the cultural riches of the world. But the words "barbarians" and "vandals" are now used in a very definite sense - this is the name of those who destroy, destroy, who break beautiful statues with hammers, who break monuments with frenzied fervor, who burn temples.

At that far time, the word "barbarian" could be called simply a person who did not belong to the "elect." Until the barbarians conquered Rome, he himself caused countless evil to many nations. Here and Palmyra in 272, the victim fell not the barbarians, and the Romans.

Today there is another, transatlantic, power, which plays the role of the then Rome. Which punishes all recalcitrant, considering them "barbarians". And the terrorists, who last May captured the ancient sacred city, are also creatures of this same power (although in words it now denies them). They wanted to overthrow the recalcitrant Bashar Al-Assad-they gave rise to the evil called the Syrian Opposition, including ISIS.

Thus, we can say that, indirectly last year, it was overseas Rome that captured Palmyra by the hands of its creatures. Not without robbery. Numerous her treasures are now at the American and European rich.

Currently, the Syrian sappers neutralize numerous explosive devices planted in Palmyra. Scientists are discussing how to recover destroyed. Or do not restore, and leave as is - in memory of the war.

Not to return the famous arch, which is on the cover of the Soviet history textbook for the fifth grade, as well as on the Syrian coin in 10 liras. You can only create a replica. And in general, many wonderful things cannot be returned. There is no longer the magnificent temple of Bel, the museum is plundered. It remains only to be evacuated.

But, despite the pain of loss, the main thing is that the bandits were forced to flee from the holy land, suffering significant losses. Now the Syrian army is opening roads to Deir ez-Zor and Rakku, the main terrorist bases. And Syria, which at one time, after the defeat at Palmyra, was already buried by many analysts - is alive and continues to fight.

In the painting by the English artist Herbert Schmalz, “The Farewell Look of Queen Zenobia at Palmyra”, this great woman, already captive, whose hands are chained, gazes sadly at the columns of the captured city. 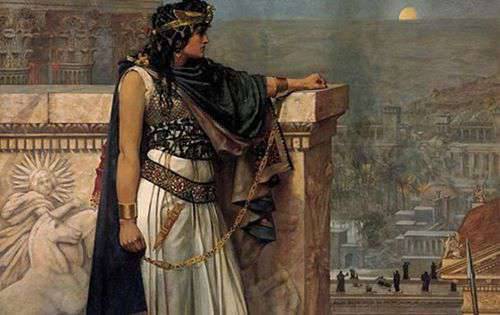 Today, from the depths of centuries, her eyes triumphantly look at the liberated Palmyra. And surely she from there, from a faraway eternity, says “thank you”. Thanks to the Syrian Desert Falcons. Thanks to the legendary Syrian officer nicknamed "Tiger". Thanks to President Bashar Al-Assad, who is leading Syrian resistance to terror and veiled foreign aggression. Thanks to the Lebanese Hezbollah - even if this organization was somehow sinful in the past, it redeemed its sins by helping the whole of humanity to regain Palmyra again. And also - thanks to the Russian military, with the support of which the Syrian army liberated the city. And that Russian citizen, whose name is still unknown. We only know that, being surrounded by the battle for the land of Palmyra, he caused the fire on himself ...