During the day, Russian pilots destroyed more than a hundred terrorists in the area of ​​Palmyra

March 27 2016
70
Over the past day, Russian aircraft in Syria 40 once took off for air strikes against objects of the "Islamic state" in the Palmyra region, reports RIA News message of the Ministry of Defense of the Russian Federation. 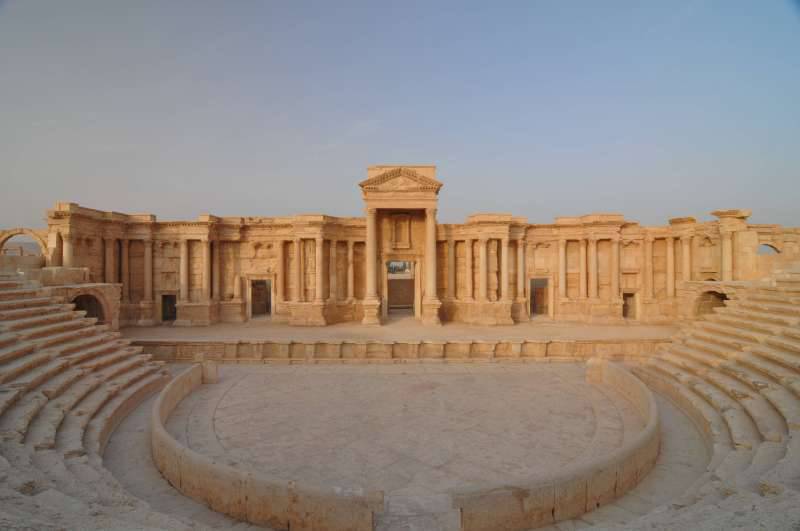 “In the area of ​​the settlement of Tadmor (Palmyra, HOMS province), the Russian HVAC made 40 airplanes a day. Attacks on 158 terrorist objects ",
says the message of the Center for reconciliation in the CAP.

It is noted that as a result of strikes “Destroyed more than 100 militants, 4 tank, 3 artillery installations, 4 ammunition depots and 5 units of automotive equipment. ”

According to the agency, heavy fighting continues in Palmyra, but all the dominant heights in the city are already occupied by government forces. The black banner of terrorists no longer flutters over the city - it was dropped by Syrian fighters and burned.

The Islamists, retreating, continue to resist, responding with fire from tanks and mortars.

As noted by the Syrian military, the capture of Palmyra will allow them to begin the next, very important operation to liberate the city of Raqqa, which is the self-proclaimed capital of the IG.

Ctrl Enter
Noticed oshЫbku Highlight text and press. Ctrl + Enter
We are
ARMY-2016. Cluster VCS. Part of 2. Space is space!Reports from the militia of New Russia for 5 September 2014 of the year
Military Reviewin Yandex News
Military Reviewin Google News
70 comments
Information
Dear reader, to leave comments on the publication, you must sign in.