For those who are in the tank: on the evolution of the approach to the protection of Russian tanks 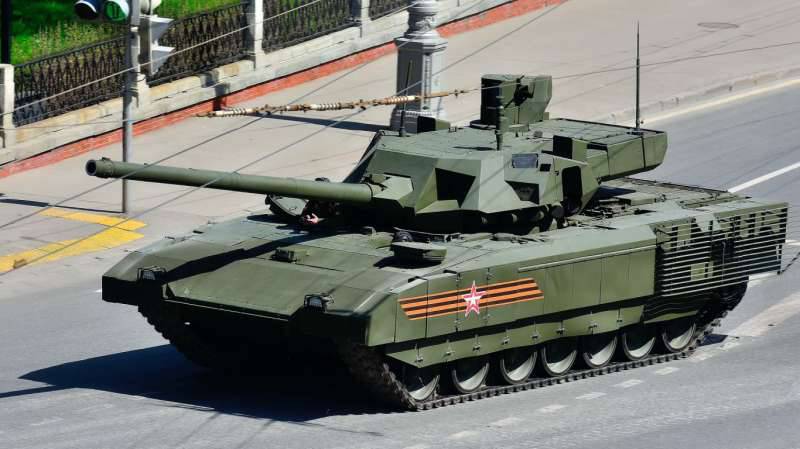 The armed conflicts in Ukraine and Syria, which are taking place with the active participation of Russian military equipment, amid the ongoing process of rearmament of the Russian army, have sharply increased interest in the characteristics of domestic military vehicles, including tanks. Disputes over the survivability of Soviet main battle tanks, from T-64 to T-90 inclusive, however, have been going on for too long to begin the next round of such a discussion. A more interesting subject for discussion is the evolution of the approach to this problem and the practical solution in the form of changes in the design of modernized and new tanks created in Russia.

The key disadvantage of domestic main battle tanks developed by 60 – 70 of the last century is the low survival rate of the crew in the event of armor penetration - the tank’s tight layout does not allow the crew, ammunition and fuel to be separated far enough to eliminate fatal consequences if they hit the reserved volume of the vehicle. Anyway, this drawback will have to be taken into account for a long time - the upgraded T-72 will remain in service at least until 2030-s, T-90, repeating the layout solutions of the base machine - and up to 2050-x.

By increasing the security of the machine (and it continues by improving the dynamic protection, using additional reservations, shielding vulnerable parts, etc.), the problem is only partially solved - the possibilities of the ammunition intended for hitting the tank also do not stand still. Nevertheless, the “old” vehicles may well survive in the modern battle against the enemy, who actively use modern anti-tank weapons.

The solution to the problem for these machines is to change the pattern of their use and upgrade optoelectronic equipment. Both of these decisions are aimed at pushing the tank deep into the battle formations, which reduces the likelihood of its detection and destruction. On the other hand, a tank with a long-range cannon and upgraded sighting equipment, and even more so with a tactical-level control system installed, is able to more effectively hit remote targets without “being substituted” for return fire from dangerous distances and angles.

In part, this is reminiscent of the transformation that the battle formations of the German tank forces underwent after the appearance of the heavy Tiger tanks. At the first stage of using the “Tigers”, in 1942 – 1943, the Germans actively used Panzerkeil-type battle formations — a tank wedge, with “Tigers” at the tip, covering the lighter machines. For a while, this tactic worked, but a change in the tactics of anti-tank defense of both the Soviet troops on the Eastern Front and the Western allies in North Africa, and then in Italy, led to an increase in the loss of new cars, despite their impressive security.

The new tactics of using the "Tigers" led to the change of the "wedge" "bell", Panzergloke - the former "wedge" turned inside. The “Tigers”, both in defense and in the offensive, were now in the depth of construction, while lighter tanks, motorized infantry on armored personnel carriers and reconnaissance armored vehicles formed the “wings” of battle order, the task of which was to grope the enemy, giving the command sufficient time and information to decide to enter into action heavy vehicles. The new tactics allowed to reduce the losses of the "Tigers", making the German heavy tank battalions an extremely formidable tool, for effectively countering which required the means of military, and even front line submission.

This tactic could not save Germany in view of the overwhelming economic superiority of the anti-Hitler coalition, however, like many other tactical achievements of the Germans of that period, it can, with appropriate adaptation, be used today.

Nevertheless, the task of sharply increasing the combat survivability of the T-90 was set - and solved in the T-90AM (an export modification known as the T-90CM). The new combat compartment made it possible in part to solve the main problem - direct contact of the crew and the combat pack. The automatic loader with which this tank is equipped has the same carousel combat styling on the 22 of various types, including guided missiles, as on previous machines, however, unlike the T-72 and the early T-90, it is now protected armored cap. The ammunition outside the ammunition - another 18 shots, that is, shells and charges to them - is divided into two parts. Ten shots were placed in an armored "basket" in the back of the new turret, and the remaining eight shots in the fighting compartment were also able to be distributed to the least vulnerable points. Among other things, this modernization has dramatically increased the crew's ease of operation - after taking out ten 125-mm shots and laying them out of the reserved volume in the tank, it has become much more spacious.

The combat detachment of the upgraded T-90, according to available information, was received by the Russian military with enthusiasm, but the requirements for finishing the chassis of the vehicle delayed the purchase of this tank. It is possible that they will begin in the 2017 year, both in the form of supply of new T-90AM, and in the form of the release of the corresponding retrofit kits for tanks of previous years of construction. In combination with also improved aiming and navigation equipment, this transformation dramatically increases the range of possibilities for the unit equipped with such machines.

A radical step to correct the situation, however, could only be made with the advent of a fundamentally new tank, and such a tank was demonstrated by urbi et orbi at the parade in honor of the 70 anniversary of the Victory 9 in May 2015. The T-14 tank, created on the basis of the Armata advanced tracked platform, became the first fundamentally new vehicle for many decades, the key element of which is an uninhabited fighting compartment, which finally allowed to reliably isolate the crew from the ammunition. The crew is concentrated in the front of the tank, protected by the most powerful frontal armor, onboard armor in the area of ​​the control section is also strengthened. Inside the tank, the crew is separated from the ammunition by an armored bulkhead, which dramatically increases the chances of survival, even if the enemy succeeds in detonating the vehicle’s ammunition.

In the fighting compartment of the new tank, the shots are also located in a protected automated ammunition, the level of protection of which was increased, including by eliminating the crew from the middle part of the tank. The new layout of “Almaty” makes it a more secure machine than any Soviet or western tank, including the improved German “Leopards-2” and Israeli “Merkavas” of the later series, which have become the standard samples.

The elimination of the crew from the fighting compartment of “Armaty” forced one more problem to be solved: out of direct contact with the gun, the gunner and the commander of the vehicle actually find themselves in a situation of remote control of the weapon. This required a fundamentally different approach to the tank control system and the means of informing the crew about the situation. In fact, “Armata” became the first serial (and the production of the tank, albeit low-volume, but already out of the stage of experimental units) robotic tank, where the growth of awareness and security of the crew is achieved by introducing an additional link of “smart iron” between man and machine actuators .

How much will this change the situation on the battlefield as a whole? In the battle "Armata" has not yet gone.

Ctrl Enter
Noticed oshЫbku Highlight text and press. Ctrl + Enter
We are
Wunderwaffe for Pantservaffe. Description of the design of the tank "Mouse"Armored vehicles of Germany in the Second World War. Part of 2. The evolution of the organizational forms, the composition of the Wehrmacht Panzervawe and the SS troops
Military Reviewin Yandex News
Military Reviewin Google News
55 comments
Information
Dear reader, to leave comments on the publication, you must sign in.