Russia wrote off debts to Uzbekistan in order to lend again? ..

March 28 2016
164
With an interested exclamation: “and us? ..” the decision about the next Russia writing off the debt of a foreign state was met by Russian debtors, including foreign exchange mortgage holders and other Russian citizens in respect of whom the lenders are not so generous. This is an intergovernmental agreement between the Russian Federation and Uzbekistan, signed in 2014 year and ratified by the State Duma of the Russian Federation at the end of last week.


The intergovernmental agreement should, as it were, settle the “mutual financial claims” between Moscow and Tashkent, which also emerged as 90's. These “mutual financial claims” are related to the operations of the former USSR, as well as Russian loans issued to Uzbekistan in 1992-1993. Yes, yes ... An amazing thing, but at a time when the “salvific” Gaidar reforms were flourishing, and when the majority of the population of Russia was barely making ends meet, the statesmen managed to lend to foreign states. Where this money flowed is a mystery ...

Uzbekistan in 1992 and 1993 received so-called technical loans for the purchase of certain goods. When receiving, I undertook, of course, to repay everything to a penny (or rather, to a cent, since loans were issued in US currency) - either in goods or financial means on the basis of transferring the debt status from technical to state.

The total amount of Uzbekistan’s debt to Russia (for 2014 year - at the time of the signing of an intergovernmental agreement) was almost 0,9 billion dollars. For the main payments - 500 million dollars, the remaining funds - accrued interest, which (interest), judging by the amount accumulated over more than 20 years, were very benign.

It should be noted that approximately after 4 of the year after receiving funds from Russia, whose economy in those years was breathing its last, official Tashkent decided that it was time to stop talking about debt to Russia. Uzbek “partners” in 1997 year announced that they would not repay anything, because “Russia owes Uzbekistan more”. In general, in fact, the traditional bazaar version of bargaining in the expanses of the former USSR. The only difference, for example, from the Ukrainian version is that Uzbekistan at the state level refrained from official accusations of Russia (RSFSR) in the “Soviet occupation of the republic” ... The rest is a usual song for those who do not want to repay their debts.

Uzbekistan put forward reciprocal claims from the Russian Federation, announcing that after the collapse of the USSR, the Diamond Fund was “wrongly divided” and in general ... - Moscow “appropriated funds” for republican (Uzbek) legal entities.

But shrugging and twisting a finger at the temple from the Ukrainian decisions in the form of the Yatsenyuk “moratorium” on loan payments, Russia really forgot that there was already a similar precedent in our attitude. And this precedent was connected with “fraternal” Uzbekistan. In May 1998, at the legislative level, the Uzbek parliament called credit agreements issued to Tashkent by Moscow in 1993, “illegitimate”. That is, the receipt of funds was very legitimate, but their return was not ... The logic is quite at the level of modern Kiev. At the same time, the deputies of the Parliament of the Republic of Uzbekistan virtually canceled out another agreement on debt restructuring, signed by the governments of the two countries 14 in March 1997.

As a result, from the half-billion debt (plus interest at that time), the Uzbek partners agreed to pay Russia 43 a million dollars (less than 10%), in response to Moscow claiming as much as 2 a billion dollars! These claims included the so-called "diamond resources".

And now - after the 17-year-old reciprocal statements in the style of “and who are you?” And “give me my money!” Russia and Uzbekistan decided to sign a new agreement - that there are no more complaints. And after another year and a half (that is, the other day), the State Duma of Russia ratified this agreement, as if making it clear to the Uzbek “partners” that you now owe us nothing. Moreover, they shouldn’t even have those $ 43 million that Tashkent was about to pay. Instead of this amount, the document contains the amount already in $ 25 million (apparently, for the salary of a couple or three players of the Russian national football team ...), and Tashkent must pay it off within a month from the moment the new agreement enters into force. Uzbekistan agreed to this amount. Still would... 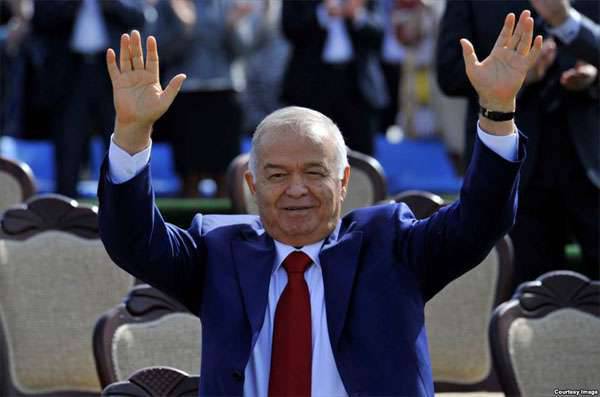 The explanatory note to the bill, on the basis of which the write-off is made, contains a very interesting phrase that sounds like a “difficult compromise”.

If a write-off of almost a billion dollars in credit funds is actually made, what is the trade-off? This can be judged if mentally go back to December 2014 of the year. Then Russian President Vladimir Putin made a short-term visit to his Uzbek counterpart Islam Karimov. Following the meeting, as announced, the parties agreed to waive mutual financial claims (for the 1992-1993 loans and "diamond debts" loans) and about the purchase of military equipment from Russia by Tashkent. In this case, the statement on the procurement of military equipment and weapons it sounded in the form of original promises from the Uzbek “partners” - they say, we’ll buy for sure ... Not only that, it was a question of “partial lending” of such hypothetical purchases by the Russian Federation itself.

That is, the situation on December 2014 was reduced to something like the following: Uzbekistan had a considerable debt to Russia, Uzbekistan seemed to want to buy military equipment and weapons from Russia, even more Russia wanted to enter the Uzbek market with military equipment and weapons, but Tashkent with this, he announced that he did not have sufficient funds for such purchases. Like, give money - buy, honest, noble word. However, under Russian law, Russia did not have the right to credit Uzbekistan again as a foreign state because it refused to pay its previously accumulated debts.

What is the result? As a result, the “old” debt to Uzbekistan is written off, including in order to give Uzbekistan again in debt ... Where is the guarantee that Uzbekistan, if it buys Russian military equipment, will repay the “new” debt? - open question. The only guarantee that Russia has received at the same time is that Uzbekistan will not demand that Moscow return the “diamond debts” through the courts, which Tashkent has threatened several times. True, here too it may turn out that after a while Uzbekistan will suddenly forget about its obligations and again make claims.

In general, I want to believe that there is at least some hint of pragmatism on the part of Russia in writing off the debt to Uzbekistan and the readiness to lend again to this state.

Ctrl Enter
Noticed oshЫbku Highlight text and press. Ctrl + Enter
We are
Who wrote off the debts of Russia?20 years after the war in Bosnia 1992-1995: rare photos of the conflict
Military Reviewin Yandex News
Military Reviewin Google News
164 comments
Information
Dear reader, to leave comments on the publication, you must sign in.