March 28 2016
64
The imagination of the Ukrainian leaders and their ability to build the most fantastic versions and to make imposing accusations on their inadequacy of charges would have been quite jealous of Joseph Goebbels. High-ranking leaders of the Kiev regime are worthy heirs to the head of Hitler's propaganda regarding the dissemination of false and provocative information. Statements of Ukrainian politicians look like nothing on PR on blood. Of course, the leaders of the Ukrainian political scene and the topic of international terrorism could not circumvent. 22 March 2016 was a terrible tragedy in Brussels. The terrorists, apparently belonging to organizations of the IG, which were banned in the Russian Federation, organized explosions at the airport and at the metro station of the Belgian capital. The Brussels police soon identified the organizers and perpetrators of the terrorist attacks - people from North African countries who lived in one of the Brussels-based areas - the infamous Molenbeck, which in recent years has become the real headquarters of the North African and Middle Eastern radicals. However, despite the fact that the Belgian law enforcement authorities revealed the identity of the main perpetrators and organizers of the terrorist attacks, Ukrainian politicians wanted to contribute to the discussion of possible versions of the terrorist attacks in Brussels. 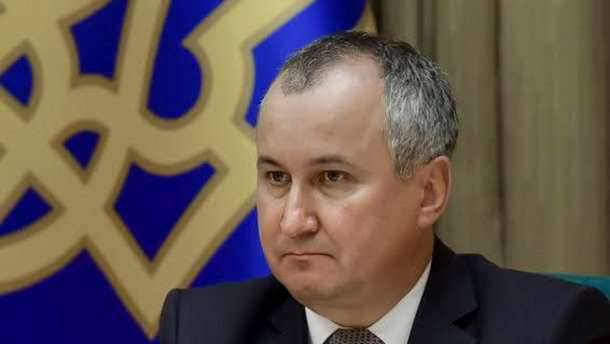 Naturally, the performance of Gritsak provoked a stormy and very negative reaction from the Russian officials. Maria Zakharova, representing the Ministry of Foreign Affairs of the Russian Federation, expressed condolences to ordinary Ukrainians: “A person cannot say so. It is beyond human. My condolences to those whose lives depend on the decisions of these nonhumans. ” Dmitry Medvedev, Prime Minister of the Russian Federation, did not hesitate in expressions: “The head of the SBU Gritsak, who announced Russia's involvement in the terrorist attacks in Brussels, is a jerk,” Dmitry Anatolyevich wrote on his Facebook page. The head of the presidential administration, Sergey Ivanov, stressing that Medvedev chose an extremely successful word to characterize the Ukrainian security official, found a parallel designation of a term from medical psychology - “degenerate”. 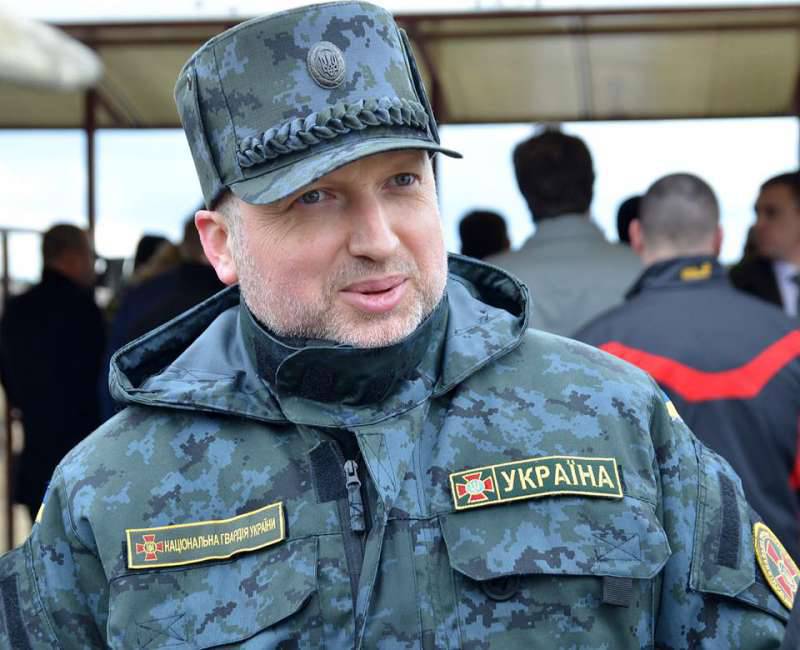 However, among Ukrainian politicians and top executives, not only Vasily Gritsak was a supporter of the version of the “Russian trace” of terrorist acts in Europe. The secretary of the National Security and Defense Council of Ukraine (NSDC), Oleksandr Turchynov, is known as one of the most militant Ukrainian politicians. He hates Russia and calls for “returning Crimea to Ukraine” by armed means. Positioning himself as a righteous Christian, Turchinov loves to be photographed in a helmet and body armor, in paramilitary form, with various types of small weapons in hand. At the same time, behind the back of the “warrior number one”, there is only a party-Komsomol career and a quick rebirth — first as a supporter of Kuchma, and then at one of Yulia Tymoshenko’s closest associates. Oleksandr Turchinov accused Russia not only of organizing terrorist acts in Belgium, but also of terrorist acts in Paris and the cities of Turkey. Turchinov called terrorist attacks all over the world "the result of a hybrid war that Russia unleashed." According to Turchinov, the participation of Russia in the operation against terrorists in Syria led to a massive migration to Europe, and among migrants there are also supporters of radical views.

It is noteworthy that not so much the policy of the radical nationalist spectrum of the Ukrainian political scene, but the representatives of pro-presidential parties spoke out against the accusations against Russia. So, Aleksey Goncharenko, representing the Petro Poroshenko Bloc faction in the Verkhovna Rada of Ukraine, expressed the opinion that the KGB-FSB agents operate in the ranks of radical fundamentalists of the Middle East, which, allegedly, can also direct terrorist attacks. By the way, it was Alexey Goncharenko on the day of the terrible tragedy in Odessa 2 of May 2014 openly expressed support for the criminals who burned people alive. Another deputy from the Blok Poroshenko’s Bloc, Vitaly Chepinoga, was less categorical - he allowed the possibility of “not being involved in Putin” in what happened, but he ernically declared that Putin was “pleased” with the terrorist attacks in Brussels. And this is despite the fact that Russia expressed official condolences to the Belgian people in connection with the terrible tragedy.

One of the most common versions among Ukrainian propagandists is that the terrorist attack in Brussels was carried out on March 22 because the Russian side "was hoping to distract the world community from the sentence of Nadezhda Savchenko." This version, in particular, was advanced by the adviser to the Minister of Internal Affairs of Ukraine Zoryan Shkiryak. This 46-year-old Ukrainian politician of the "third echelon" in his youth worked as an orderly at a district hospital, in 1990-e - 2000-e was engaged in business, and then hit politics. Naturally, in 2014, Euromaidan supported, after which the career rapidly crawled upwards. In June 2014, the Minister of Internal Affairs of Ukraine Arsen Avakov appointed Shkiryak as his adviser. In this post, Shkiryak, in particular, was responsible for the “evacuation” of people from the territory of the belligerent Donbass. For some reason, the majority of residents of the Donetsk and Luhansk regions did not use the “help” of Shkiryak, but fled from the war to the neighboring Russia, which Shkiryak hated Russia so much. After all, it was Russia that received and housed over a million refugees fleeing the war in the Donbas. Zoryan Shkiryak, on his Facebook page, 22 of March also posted a post in which he accused the organizers of the bombings in Brussels of trying to distract the world community from the subject of the conviction of Nadezhda Savchenko. Further, the adviser to the Ukrainian Interior Minister said that Russian secret services could stand behind the backs of terrorists from radical fundamentalist groups, since “the Kremlin is ready for anything.”

Exceeds the degree of inadequacy of the Kiev regime and its supporters. First of all, the persona of Nadezhda Savchenko, a junior officer of the Ukrainian armed forces, in itself is only interested in Ukrainian nationalists and their like-minded people among the Russian “non-systemic opposition” who are covered by anti-Russian hysteria. Secondly, the sentence of Nadezhda Savchenko would be announced regardless of events in other countries of the world. Bind the trial of Savchenko and the terrorist attacks in Brussels can only man overly fascinated by conspiracy theories and lost on this basis the adequacy of world perception. The modern Ukrainian propagandist sees the basis of any negative phenomena in Ukraine and even in other countries “the hand of Russia”. In fact, Russia has taken the most important place in the formation of the “negative identity” of modern Ukrainian citizens. Since Ukraine cannot rally for “something”, it is necessary to consolidate national identity exclusively “against Russia”. Various “inventions” are used - from the constantly exaggerated version of the participation of the Russian armed forces in the hostilities in the Donbas and ending with false accusations of Russia's involvement in international terrorism. 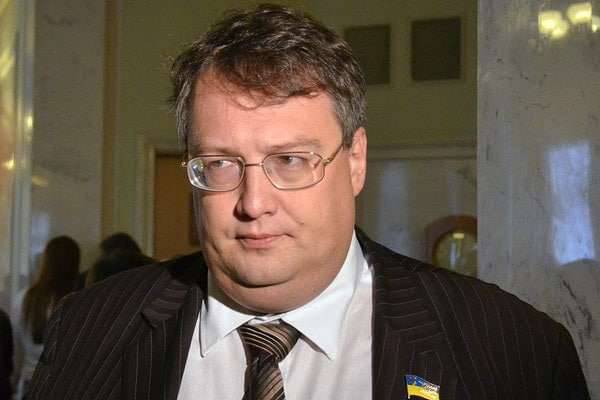 By the way, attempts by Ukrainian politicians to accuse Russia of supporting terrorism have taken place before. So, immediately after the terrorist attacks in Paris in November 2015, Verkhovna Rada deputy Anton Gerashchenko advised the French secret services to look for the Russian trace. Gerashchenko believes that it was Russia that created the material and organizational structure of radical fundamentalist groups. The attacks in Europe, according to Gerashchenko, are carried out with the aim of distracting the world community from the situation in the Donbas and Crimea.

In addition to accusations of Russia's involvement in the terrorist attacks in Brussels, Paris or the cities of Turkey, Ukrainian politicians do not forget to regularly accuse Moscow of preparing terrorist attacks on the territory of Ukraine itself. For example, the president of Ukraine, Petro Poroshenko, claims that more than 2015 terrorist acts were prevented by the Ukrainian special services only in 200. According to the Ukrainian president, most of the alleged terrorist attacks were planned from the territory of the Russian Federation. These words Poroshenko said at a solemn meeting in honor of the Day of the creation of the Security Service of Ukraine 25 March 2016, the Head of the Ukrainian state believes that terrorism is one of the components of the “hybrid war that is being waged against the country today.” According to Poroshenko, “they (the terrorists) planned terrorist attacks in Kiev, Odessa, Nikolaev, Kherson, Zaporozhye, Kharkov, Lvov against the peaceful citizens of Ukraine. Their goal is to intimidate the country and destabilize the internal political situation. ” However, despite the called figures - 200 of allegedly planned terrorist acts, Poroshenko also does not provide any evidence. If any immigrants from Russia really stayed in Ukraine, on which it was possible to “hang up” the preparation of terrorist acts, then the Ukrainian mass media would repeat this all the time. But on the territory of the Russian Federation a whole series of Ukrainian citizens were arrested who actually planned the attacks or called for their perpetration. What is worth alone история with a “young demolition man” who tried to organize a terrorist attack in Rostov-on-Don, or the famous “case of Oleg Sentsov” sentenced to twenty years in prison for terrorism (his associates received from seven to ten years in a strict regime colony). 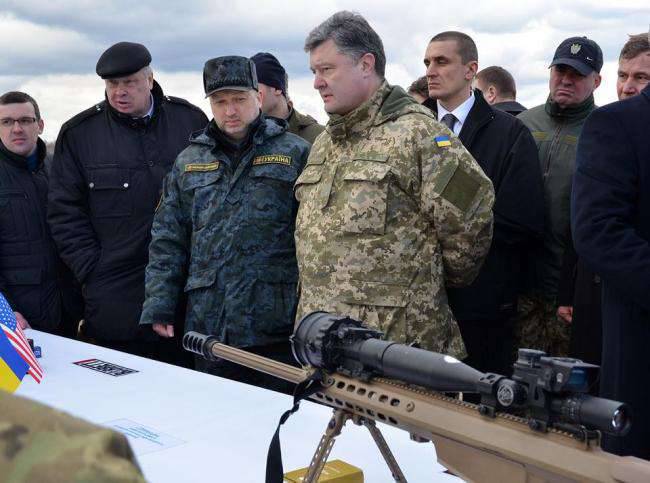 Ukrainian politicians have repeatedly heard calls for terrorist acts and crimes against the Russian Federation and its citizens. Widely known so-called. The “energy blockade” of the Crimean peninsula, which began precisely with sabotage - the undermining of power line poles in the Kherson region by the Crimean Tatar nationalists. After these actions on the peninsula began serious power outages. Schools, kindergartens, residential quarters remained without electricity and heating. For the sake of political PR, Ukrainian and Crimean Tatar nationalists, without a twinge of conscience, put in danger the lives and health of thousands of inhabitants of the Crimean peninsula - after all, power outages occurred in the medical institutions of the republic. The Crimean Prosecutor’s Office accused Lenur Islyamov, a well-known politician and entrepreneur, of sabotage activities, who repeatedly called for a comprehensive blockade of the peninsula — food, energy, and transport. Meanwhile, these are only the most "innocent" actions of the Ukrainian radicals. A lot of articles were written about the fact that militants of the volunteer battalions, serving the National Guard on the territory of Donbass, wrote and a lot of video was shot. However, the real war criminals mobbing civilians of Donbass did not suffer any punishment from the Kiev regime. Moreover, in modern Ukraine they are considered "heroes" and "fighters for the territorial integrity of the country."

The desire to use the blood and pain of people who suffered during terrorist acts or have lost their relatives there, in their narrow political interests, characterizes the modern Ukrainian regime from an extremely negative side. Especially because with indiscriminate accusations against Russia there are not any separate odious and marginal politicians, but such officials as the secretary of the National Security and Defense Council or the head of the Security Service of Ukraine. It is obvious that PR on blood for modern Ukrainian leaders is much more important than genuine condolences to the victims and the desire to establish the true causes of the events in Europe.