Could the governors save Nicholas II in 1917? 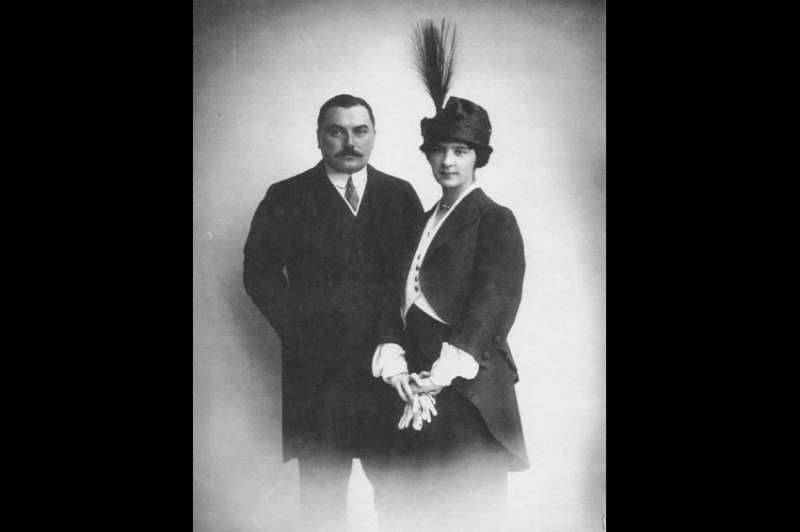 As the centenary of the revolution approaches, the attention of scientists is increasingly turning to events of a century ago in an attempt to comprehend their essence and causes, their connection with the present day, to learn the lessons stories. One of the most pressing issues related to the comprehension of the experience of the revolution is the question of the degree of loyalty of the old government of the province in general and the "masters of the provinces" in particular. Could Emperor Nicholas II consider the governor's corps as a support for preserving their own power?

The First World War had a significant impact on the system of local government. It was necessary to organize the work of industrial and handicraft enterprises, to deal with the shortage, speculation and price increases, to provide treatment for the wounded and the organization of refugees. Based on the Provision of emergency protection, introduced after the announcement of mobilization, the governors were granted the rights of commanders. They could issue binding decrees regulating both the economic and social spheres of provincial life and having the force of law on their territory. The main task of the governors was to maintain social peace and leveling the negative impact of military circumstances on the lives of ordinary people, which was carried out by the governor and his subordinate police apparatus together with local government. The governors had experience of cooperation with the heads of the garrisons on the use of troops to maintain public order. The actions of the governors, dictated by the urgency of the moment, not being united by national policy, gave rise to regionalization and increased the influence of the personality of the governor on the life of the province entrusted to him.

During the war years, the frequency of rotation of the governor’s corps increased, the average tenure of the governor’s post was reduced. For 1916 alone, 43 new 1 appointments took place. The active movement of the governors, their small connection with the provinces destabilized the situation, although the social homogeneity of the governor's corps, its inclusion in the composition of the elite of the empire guaranteed stability in the conditions of the crisis of the central government.

These tendencies were clearly embodied in the example of Oryol Province and its last "owner". The beginning of the war was met by full state councilor S.S. Andreevsky, who by that time had been in office for eight years. During this period, he managed to establish close contacts with the local elite. In December, the 1915 of St. Andrew’s was appointed senator and departed for Petersburg2. The province was headed by A.V. Arapov, before serving as a Simbirsk governor. Compared with his predecessor, Arapov made wider use of administrative measures to restore order in the market, adhered to a more rigid management style, and repeatedly appealed to the public with appeals. At the end of 1916, Mr. Arapov was transferred to the post of Vologda Governor XXUMX. The provincial meeting of the nobility filed a request to leave it in the countyNNUMX, but the efforts were in vain.

The last governor of the Oryol province was strikingly different from its predecessors. They became 33-year-old Count Peter Vasilievich Gendrikov. He was distinguished not only by his remarkably young age for high positions (in the 26 years of age, Gendrikov became the Kursk vice-governor), but also his belonging to the highest aristocracy. The Gendrikov family descended from the sister of Empress Catherine I. Peter Gendrikova’s father was the master of ceremonies of the court of 5 and a figure visible in high society. In Alexei Tolstoy's novella The Adventures of Nevzorov, or Ibicus, the Petersburg tradesman of Nevzorov, dreaming of a vibrant life, imagines himself ... Gendrikov's bastard son, that is, as it were, the half brother of our story hero 6. After the death in 1912 of Mr. Gendrikov Sr., Peter Gendrikova’s sister Anastasia was approached to the court, who became the Empress-maid of honor.

Gendrikov Jr. began a typical military career in his circle. After graduating from the Naval Cadet Corps, he was enrolled in the 18th naval the crew, but was seconded at the same time to Her Majesty’s Cavalier Guard regiment, and in 1904 it finally established itself on land, transferring to cavalry guard. In 1909, Gendrikov was credited to the reserve with the rank of lieutenant guard7. The fact that he left the fleet, did not take part in hostilities and early resigned, may indicate poor health.

So, in 1909, P.V. Gendrikov began a civil career, being immediately appointed to serve as the Kursk vice-governor under the governor M.E. Gilchene (1908-1912's). As a rule, the starting step for the civil service became the office of the Zemstvo chief or participation in the estate nobility of the estates. Hendrikov had no such experience, although at the same time with his appointment to the vice-governor’s post, he was elected the district leader of the nobility as a Kharkov landowner. Upon his appointment as vice-governor, Gendrikov received the rank of collegiate assessor (VIII class of the Table of Ranks). Note that in the XIX - early XX century. the position of vice-governor usually corresponded to the V class of ranks, and the governor - IV class 8. However, the formal inconsistency of the rank of the position did not prevent the beginning of Gendrikov’s civil career. At the same time with the rank of collegiate assessor Gendrikov, the court rank of junker chamber (class V) was also received. Only in 1913, the city of Gendrikov was promoted to court councilors (VII class) and approved in the vice-governor's post already under the governor N.I. Muratov (1912-1915's). 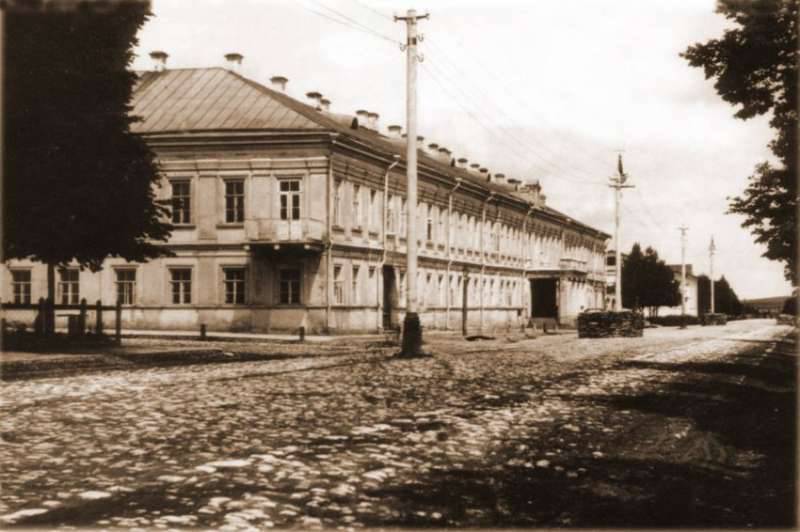 House of Governors in Orel. Photo: Motherland
Six and a half years P.V. Gendrikov served as Kursk vice-governor, repeatedly performing gubernatorial duties (in 1915 of the city - as many as 33 weeks) 9. Only for 1915 in Kursk, four governors changed. Muratov, who served for nearly three years, has consistently been replaced by: A.A. Katenin (February 23 - April 30), C.D. Nabokov (May 26 - August 17), N.L. Obolensky (September 15 - December 7). Closed the list of A.K. von Baggovut10. Most likely, during the shift of the first persons of the province, their duties were also performed by the vice-governor.

In May, 1916 Mr. Gendrikov managed to get the position of the Governor of Courland, but by that time the Province of Courland was occupied by the Germans for almost a year. Therefore, Gendrikov was transferred to a similar position in the Oryol province. This was preceded by his two-month stay in Petrograd, 11, which was obviously busy with promising appointments. It is curious that the last "acting" governor of Courland was SD. Nabokov, transferred after the retreat of the Russian army to the post of Kursk governor. Recall that Gendrikov performed with him the duties of vice-governor.

It is possible that the post of governor occupied in 33 of the year was considered by Gendrikov as an intermediate step on the way to the highest circles. The hasty relocation of the previous governor, Arapov, the apparent “release” of the post under the new applicant, testified that by the end of 1916, Oryol Province was perceived as calm. However, the long-awaited gubernatorial post turned out to be not a gift of fate for Gendrikov, but a responsible post. He was to remain the governor for about two months, without being officially approved, and to meet in his post the February revolution. 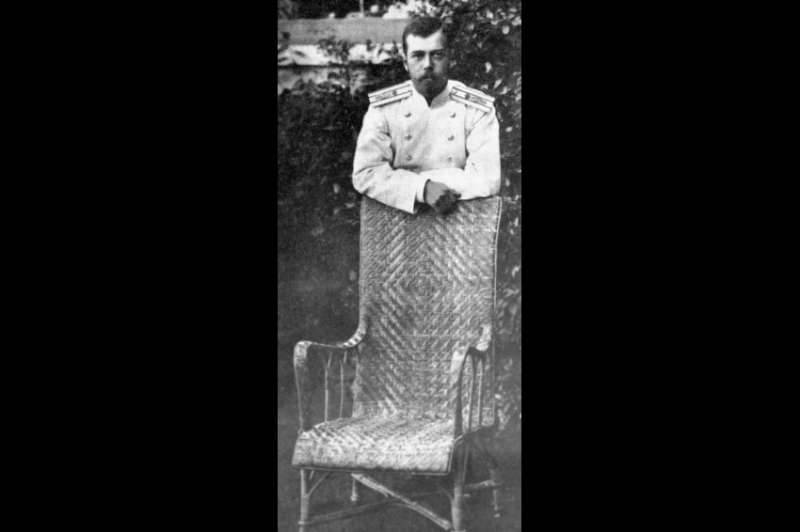 The last February days of 1917. Oryol lived in tense waiting for news from the capital. Rumors of riots in Petrograd reached the residents. February 25 stopped the issue of metropolitan newspapers, and then for two days the connection with the capital was lost. February 28 and March March 1 was silent Petrograd Telegraph Agency - the news provider for the Oryol press12. Many orlovchane rushed to the station, eagerly asking about the metropolitan news visitors and projazhihNUMX. The provincial government also found itself in an information vacuum.

By the end of the day on February 28, Progress MP A.A., appointed by the Duma Committee Commissioner of the Ministry of Railways. Bublikov ordered to send telegrams to the entire railway network, from which the country learned of what had happened. The telegraph communication of the IPU was not monitored by the Ministry of Internal Affairs 14. One can only agree with the estimate of the value of this step given by Yu.V. Lomonosov: “This telegram played a decisive role in March days: by the morning of March 1, that is, two days before Nicholas’s abdication, all of Russia, or at least that part of it, which lies no further than 10-15 versts the railways learned that a revolution had taken place in Petrograd ... The fact is that Bublikov found the courage to solemnly notify the whole of Russia about the creation of a new government at a time when there was virtually no power "15.

That same night, telegrams were sent to all the cities about the formation of the Provisional Committee of the State Duma16. In Orel, at one in the afternoon of March 1, such telegrams were received by the mayor and the chairman of the provincial district council. The Oryol governor received fateful news "second-hand" - from the head of the railway gendarme department and from the leaders of the self-government of 17.

So ended February and March 1917 came. After consulting with the heads of various departments, the governor decided to preserve the status quo whenever possible. Army guards were deployed around all significant institutions. A traditional dirge for the emperor Alexander II [18] was served. Position P.V. Gendrikova is reflected in his appeal to residents, which was prepared on March 1 and made public the next day. The main motive of the appeal was the appeal "to calmly and soberly wait for the resolution of the events taking place in Petrograd, until the sovereign emperor tells us to whom we must obey." The governor assured the orlovchan that decisive measures were taken to ensure personal and property security, the supply of 19 products.

March 3 in Orel rallies boiled. General Nikonov announced the subordination of the troops of the city garrison to the Committee of Public Security and led the march of units "in a cab and with a huge red flag." The governor dismissed the police.

The next day, news was received about the abdication of the emperor and the refusal of Grand Duke Mikhail Alexandrovich to take the throne until the decision of the Constituent Assembly. Having announced the last Manifesto at a meeting of heads of various departments, the governor recognized the authority of the Public Security Committee and telegraphically informed Petersburg of the support of the Provisional Government. Having received a certificate of loyalty to the governor, the Committee and the Oryol Council of Workers' Deputies expressed their willingness to work together, but a day later the provincial commissars of the Provisional Government were put in charge of the local government. Soon, as reported by Oryol newspapers, P.V. Hendrikov departed for treatment to the Caucasian mineral waters.

The events of the February revolution in the Oryol province can be considered typical, at least for the European part of Russia. The difference could be in the level of spontaneous violence. Thus, the governor N.G. of Tver was killed by a mob. Bunting, who refused to recognize the authority of the local public security committee and was arrested. But still we will not meet examples of independent actions of the governors to protect the existing system. Externally legitimate forms of the transfer of power from the autocrat to the Provisional Government, whose composition was approved by the last imperial decree, played a significant role in this.

Ctrl Enter
Noticed oshЫbku Highlight text and press. Ctrl + Enter
We are
The development of the military-industrial complex of the Russian Empire in the years of WWIFrom the history of own names of aircraft of Russia, 1885-1917 years
Military Reviewin Yandex News
Military Reviewin Google News
41 comment
Information
Dear reader, to leave comments on the publication, you must sign in.